The folks who made the documentary “Kiss the Water”, about famed Scottish fly tier Megan Boyd, sent us this cool little trailer and word of a promotion they’re running in May. The film is beautiful, evoking a time gone by when local knowledge and skill were key to success on a salmon river. Here’s what the film is about:

Megan Boyd was not a pretty woman. She dressed like a man on top, wore a jacket and tie over a tweed skirt below. She cut her own hair. She did not fit in well with others, left school at an early age–and learned the craft of fly dressing from an old river warden who had her unravel finished flies and rewind them onto smaller and smaller hooks, over and over until she knew the patterns by heart. All she wanted to do, it seemed, was to make flies. They were everything she was not–seductive, graceful, pretty.

As an adult, she lived almost completely alone, in a small cottage staring out over
the North Sea, in far northern Scotland. She had no electricity, no running water or telephone. During the war years, she worked as a volunteer coast guard, scanning the dark waters at night from small concrete bunkers and listening to the blips of sonar. All she had, really was the constant spinning of her hands and the view from her window…like a cloistered maiden in a fairy tale, longing for something.

You can buy a download of the film, or a DVD, plus a few other features at the “Kiss the Water” website. 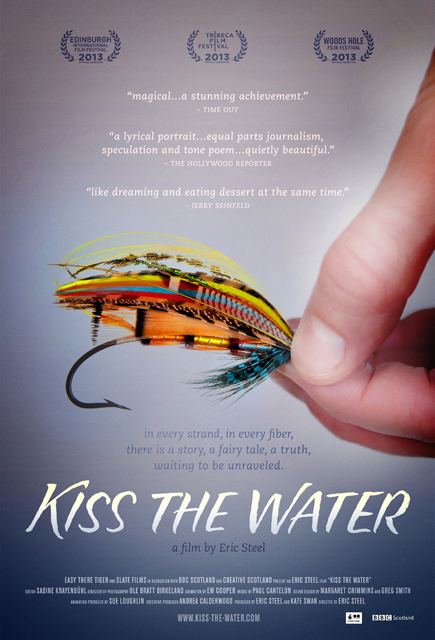 3 thoughts on ““Kiss the Water” Teams with Project Healing Waters”