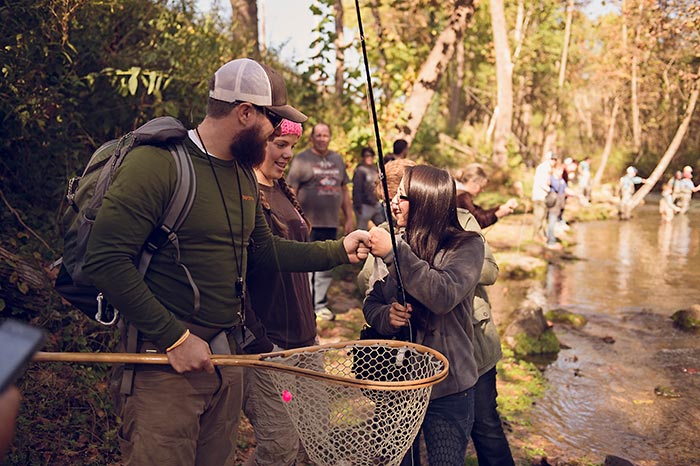 In 2015, the Breaking Barriers Awards were created to honor individuals who have gone above and beyond to bring new blood into fly fishing, to break down the barriers of introduction. Previous winners have been Chad Brown of Soul River Runs Wild (2015), Lori-Ann Murphy of Reel Women (2015), and Nelli Williams of the Bristol Bay Fly Fishing and Guide Academy (2016). This year’s recipient has done amazing work with kids in Arkansas and Colorado.

On April 28, the annual Breaking Barriers award was presented to Jess Westbrook, founder of The Mayfly Project, in front of hundreds fishing guides and industry folk at the annual Orvis Guide Rendezvous in Missoula, Montana.

Jess Westbrook started fishing when he was eight years old, but it wasn’t until three years ago that the sport took on a new meaning for him. In 2014, Westbrook and his wife, Lauren, welcomed a baby boy. Soon after, Westbrook started to experience intense anxiety attacks. In a six-month period, he lost thirty pounds, was missing work frequently, and had distanced himself from friends and family. 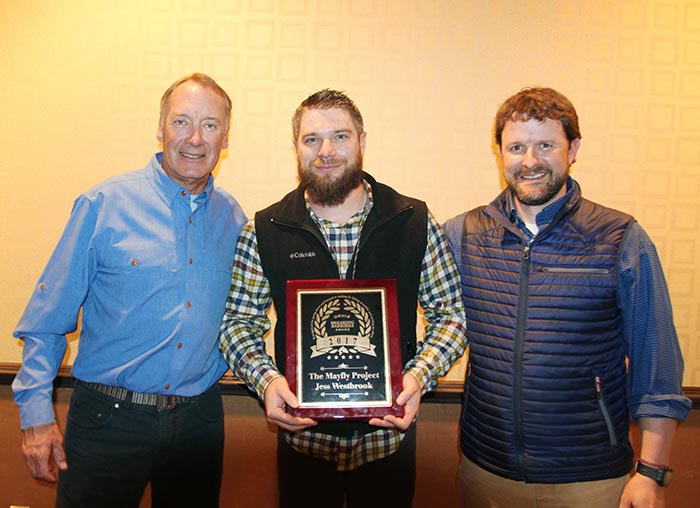 “A friend that I admired kept getting me out on the river, and I found that when I was there I forgot about everything but fishing,” explained Westbrook. His anxiety disappeared when he stepped into the water. “When we are fly fishing we are so concentrated on the casting, mending, presenting good drifts, et cetera, that we forget about everything else around us.”

It was during this period that Westbrook began mentoring children in foster care through an organization at his church. The timing was perfect. He was looking for a way to give back to the community through fly fishing, a sport that had helped him over some very tough hurdles.

“It broke my heart knowing that my son was going to grow up in a loving home with parents that would support him no matter what, and these kids in foster care did not have that,” explains Westbrook.  “It’s hard enough growing up, especially without loving parents. They did not choose this path. Someone else’s action brought them to where they are”. 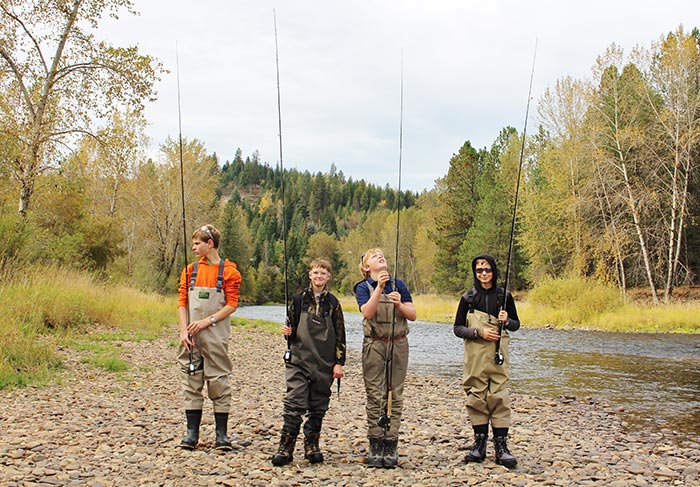 “Our hope is for the child to continue to pursue fly fishing and to have an entry point to the outdoors.”
Photo courtesy The Mayfly Project

Partnering with Kaitlin Barnhart, who also works with children in foster care, the Westbrooks found they shared the same beliefs on why fly fishing is so important to this population. Westbrook says, “During the most chaotic time in their lives, foster children could find an anchor in the outdoors and find home rivers even when they don’t feel like they have a home.”

The Mayfly Project participants are guided through five stages where they learn line management, casting techniques, knot tying, some entomology, river safety, mending tactics, hook setting, catch-and-release tactics, and the value of conservation. At the end of the five stages, each child is given his or her very own fly rod, reel, pack, fly box, flies, tippet, indicators, and more. “Our hope is for the child to continue to pursue fly fishing and to have an entry point to the outdoors,” says Westbrook.

In only a year, The Mayfly Project became an official nonprofit, and in 2016 mentored twenty-five kids from two states. This year, the number is set to double, with 50 foster children in eight states. The organization’s 2018 goal is to take at least five foster children to Alaska for a week. 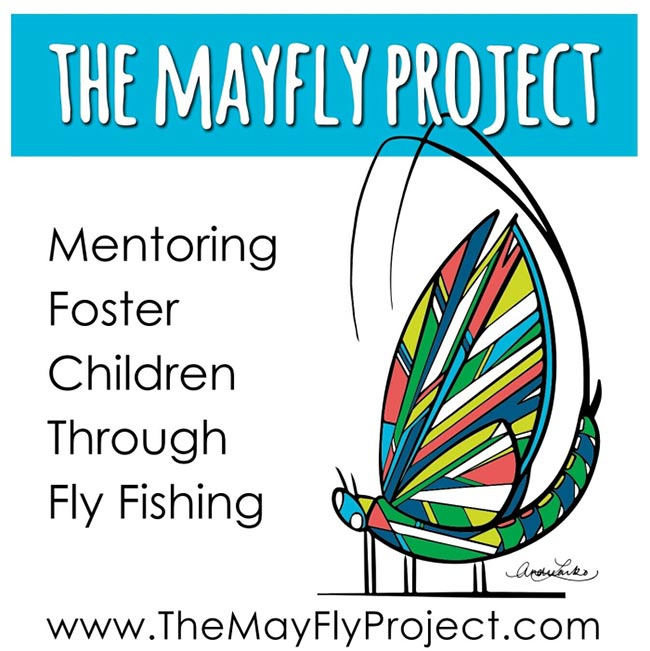 The Mayfly Project is also bringing important awareness and mentoring opportunities to these “forgotten” children. Westbrook adds, “We have found that some people have wanted to work with this population but have not known how to start the process. We are raising awareness for not only the number of children in foster care, which tops 400,000, but also of the fact that these children are worth our time and persistence in jumping through the hoops to get them out fishing, and eventually they will learn that the outdoors is a place of refuge for them, and is available to them throughout their lives.”

Orvis is now accepting nominations for next year. Do you know someone who is engaging new anglers, feeding the sport, and approaching things maybe just a bit differently. Click here to nominate that special person.

One thought on “Meet the 2017 Orvis Breaking Barriers Award Recipient”