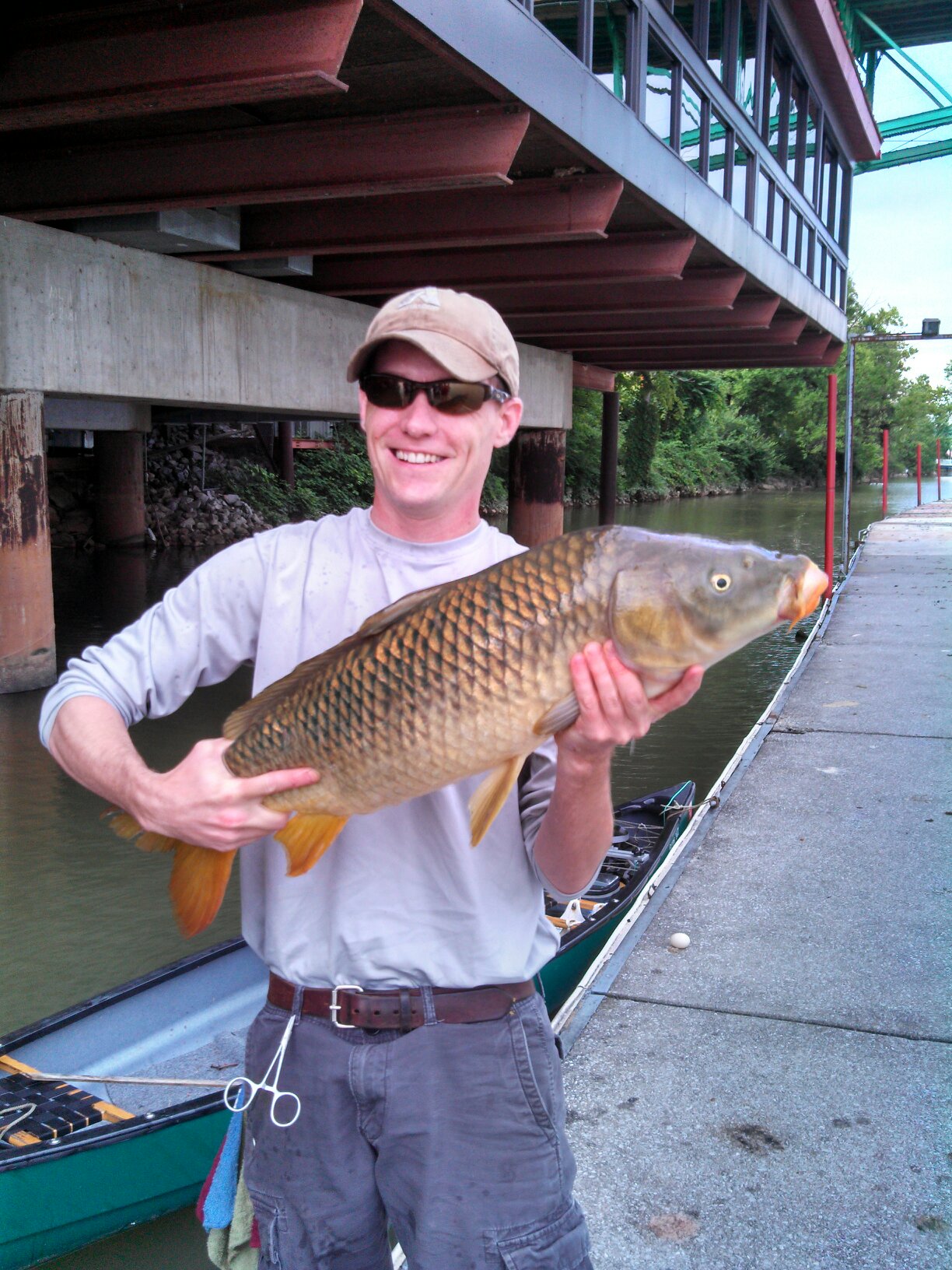 After a flurry of voting, we have a winner of our summer-long Carp Photo Contest! Chad Fairbanks’s photo of himself holding a fish he caught while scouting for the 3 River Carp Cup took top honors. Here’s Chad’s telling of the story behind the photo:

On the particular day that the picture was taken, I was on a scouting/practice day for the 3 Rivers Carp Cup. This location was not available in last years 3RCC and had just recently been announced as within limits for this year. It is in downtown Knoxville at a restaurant called Calhoun’s, right on the Tennessee River. This stretch has some open areas, as well as a tight spot where the building and outside eating area juts out over the water at a height of about 10 feet.

I was using a fly I tie that I call a Bread Fly, not the typical egg pattern. I tie and use this fly at this location and marinas to “match the hatch,” as the fish in these locations feed heavily on people food that is being fed to the ducks. I hadn’t planned on fishing at this location on that day, but there happened to be a young family with a little boy of maybe 3 or 4 years old who was going crazy over the fish. I overheard him asking over and over to “touch the fishies,” and the mother wouldn’t let him get close enough to the water. I approached them and asked if they would like me to try and catch one for him to see up close and touch. I don’t honestly think they thought it was possible, especially when I produced a fly rod, until I netted this 28-inch pig. The child was so excited yet petrified of the huge fish that I wasn’t even sure he would touch it. In the end he did. They were then gracious enough to take a picture and send it to me with their smartphone.

As the winner, Chad gets a Helios 2 outfit. He lives in Seymour, Tennessee, so he traveled to the Orvis Store in Sevierville, where Fishing manager Kris Maurer helped him choose just the right stick: a 9-foot, Midflex, 8-weight.

Congratulations to Chad, and thanks to all who took part in the contest. It was a lot of fun, and we enjoyed seeing all the new photos and videos each week. 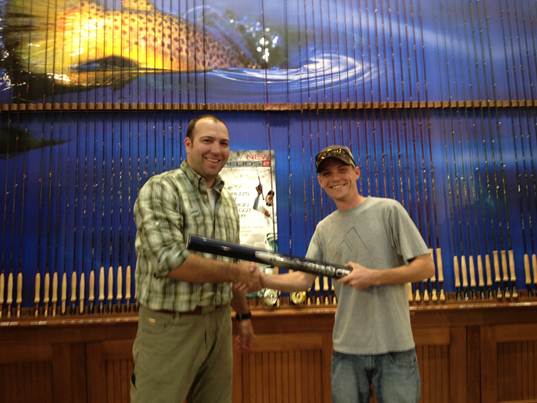 2 thoughts on “Meet the Winner of Our Carp Photo Contest!”