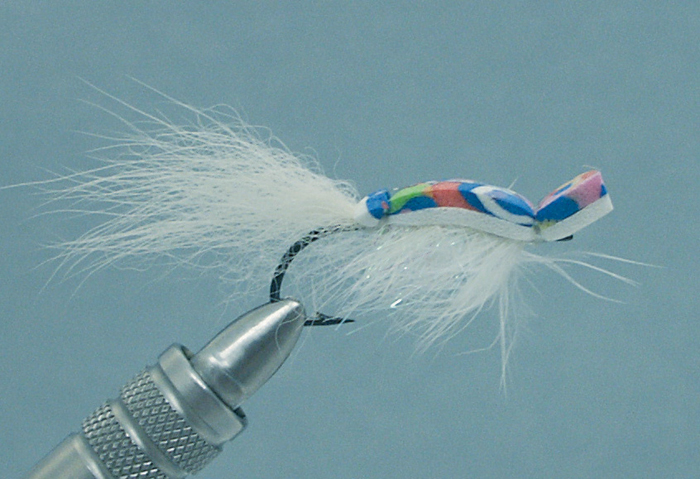 The original Gurgler was all white, but Gartside has added some color and flash here.
Photo by Sara Wilcox

The American Museum of Fly Fishing is located right next to the Orvis Flagship store in Manchester, Vermont. The folks from the museum will be sharing many of the cool items from their collection in an ongoing series called “Museum Pieces.” You can take a little virtual walk through part of the museum below. Here’s some information about the fly in the photo above.

Invented by the late Jack Gartside, the Gurgler is a surface fly that can be used to catch just about every variety of saltwater fish there is. (As well as warmwater species and even trout.) This example was tied by Gartside himself, and is one of more than one hundred flies Gartside bequeathed to the museum.