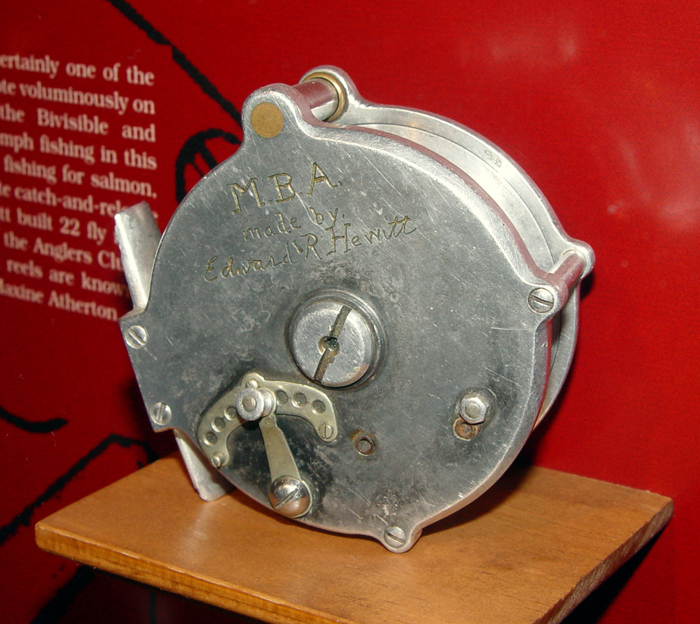 This reel, built by Edward Ringwood Hewitt, is one of just seven in existence.
Photo by Sara Wilcox

The American Museum of Fly Fishing is located right next to the Orvis Flagship store in Manchester, Vermont. The folks from the museum will be sharing many of the cool items from their collection in an ongoing series called “Museum Pieces.” You can take a little virtual walk through part of the museum below. Here’s some information about the reel in the photo above.

Edward Ringwood Hewitt (1866-1957) is one of the great figures of 20th century angling. He wrote voluminously on trout and salmon fishing, was an early exponent of dry-fly fishing for salmon, and was also one of the first to help promote catch-and-release fishing. It is currently believed that Hewitt built just twenty-two fly reels; at present, only seven Hewitt reels are known to exist, including this one once owned by Maxine Atherton, wife of artist and author John Atherton.

One thought on “Museum Piece: An Extremely Rare Fly Reel”