The dog days of July and August bring on hopper season in Vermont. Rivers like the Mettawee run through tall grass and farmland and an unfortunate few grasshoppers find themselves hopping one step too far, falling into the river and becoming a snack for hungry trout.

Fly fishermen using patterns that imitate the grasshopper’s movement on the water are usually rewarded as well with some great topwater action. The summer is a tough season for trout fishing because one has to be mindful of water temperatures, but wet-wading on a nice day and bringing some furious trout to the surface on the fly can provide some of the most fun all year. 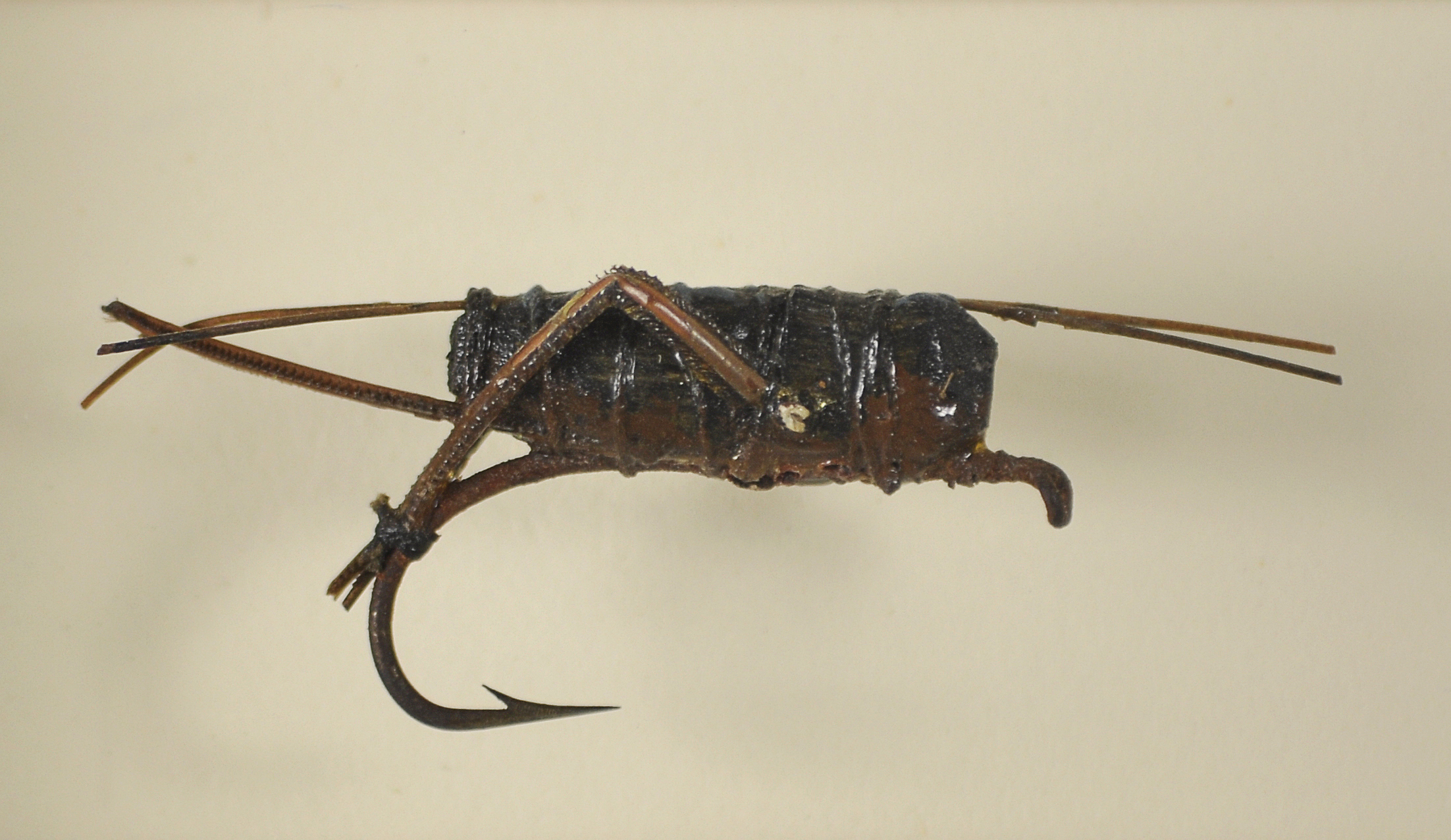 An early version of a hopper.
All photos courtesy of the American Museum of Fly Fishing

Despite their mention in fly fishing literature as far back as the 1600’s in works by Charles Cotton and Izaak Walton, grasshopper patterns didn’t take off for some time. This is in equal parts due to a small population of grasshoppers in England as well as lack of a ‘home-run’ fly pattern that others could expand and improve on.

Early grasshopper flies looked more like tapered worms or used low quality, stiff rubber- a practice that wasn’t exactly accepted by the dry fly purists of the day. When fly tyers came to America and noticed larger populations of grasshoppers, they expanded on the European patterns and by the late 1800’s a lot of the flies tied by Orvis, Keene, Chubb, and Rhead started to actually resemble the insects. 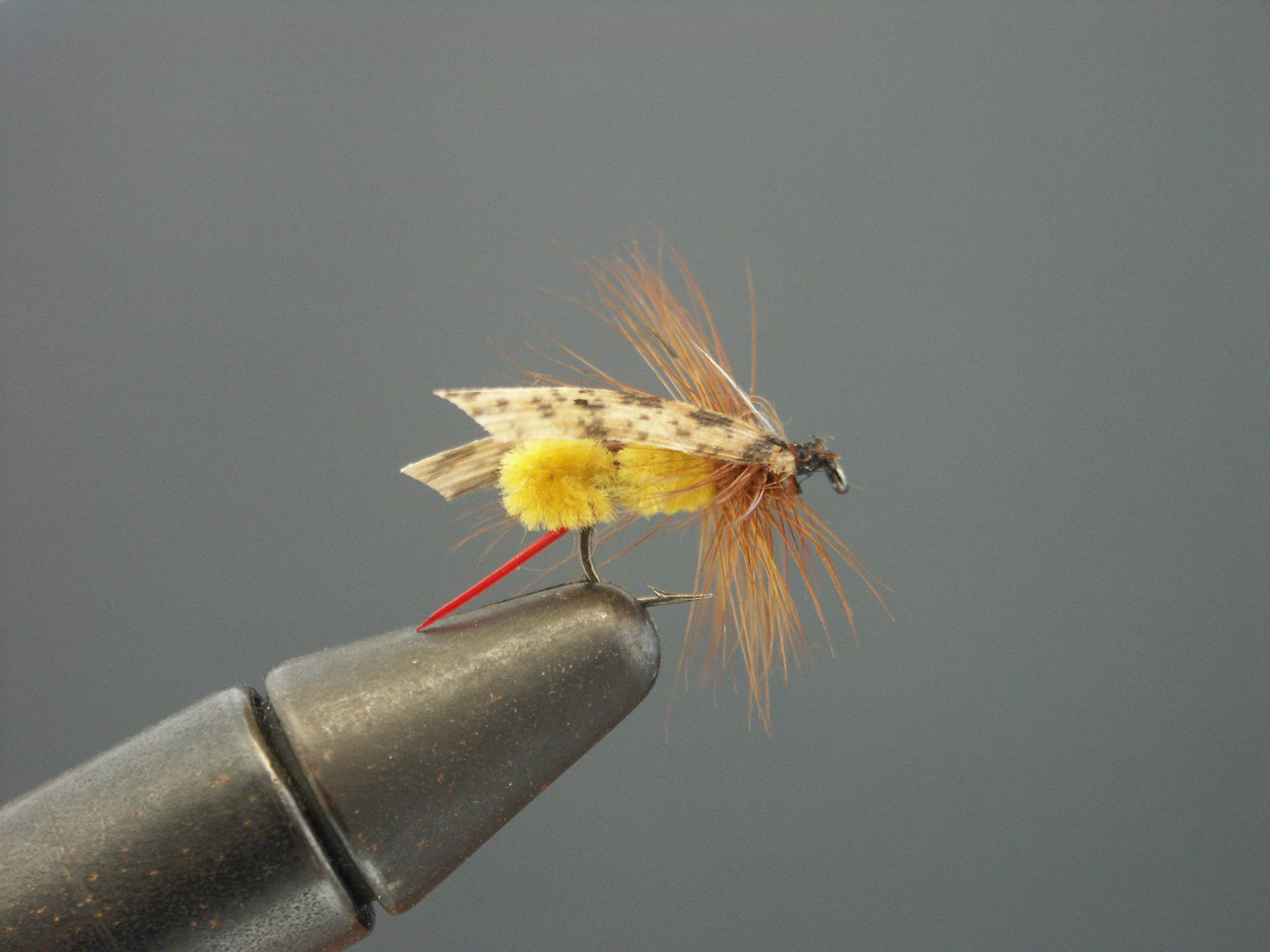 Anglers still pooh-poohed the hopper, likening their large, awkward shapes and movement on the water to bass bugging instead of the grace and refinement that usually go with dry fly fishing. Eventually the grasshopper patterns kept improving and just caught too many fish to be ignored any further.

The mid-twenieth century brought us the Letort’s Hopper, Michigan Hopper, and the Dave’s Hopper (which combined the two previously mentioned patterns), creating an explosion in hopper tying that has now produced hundreds of effective patterns including the foam and rubber-legged bugs of today. 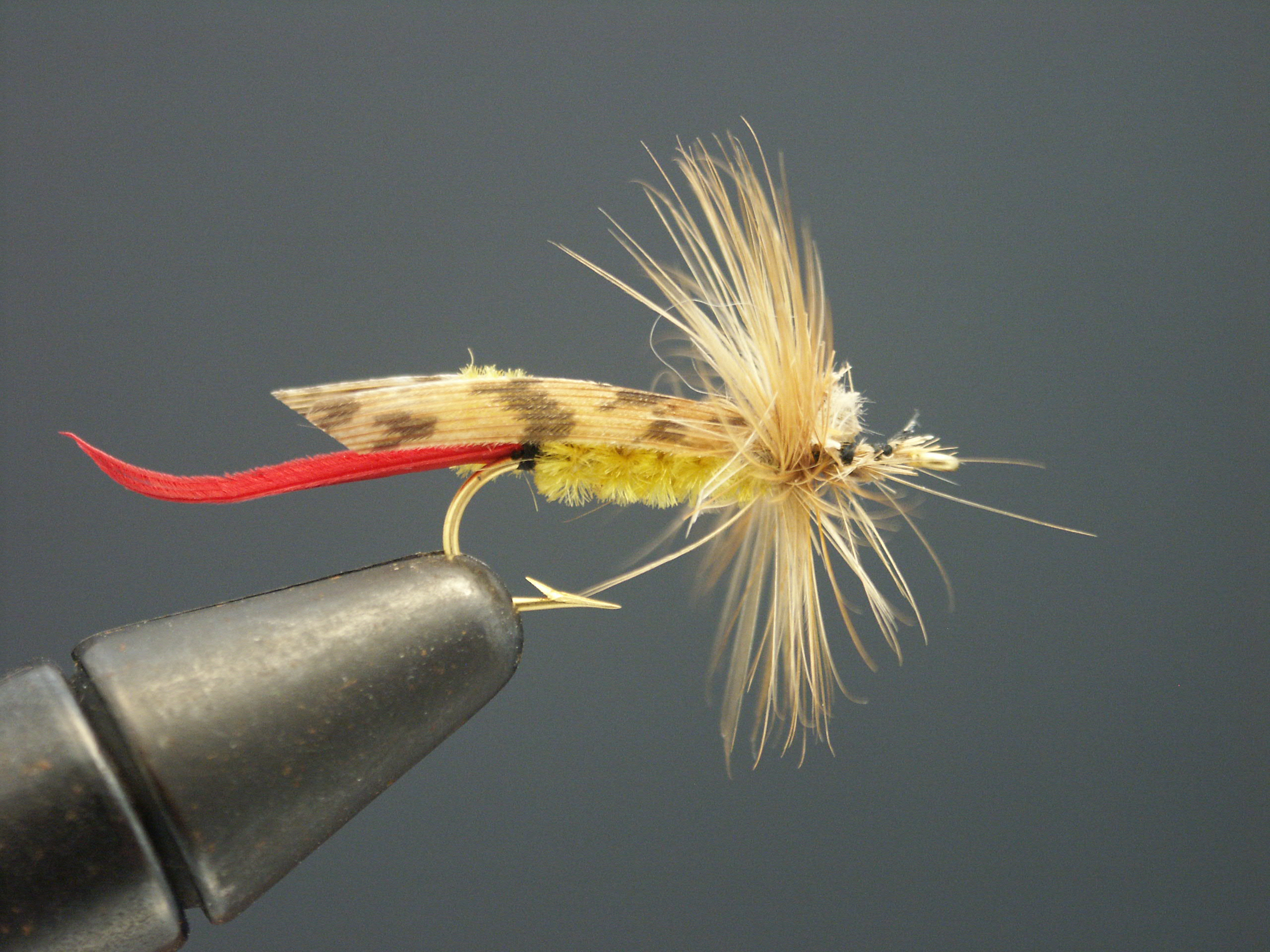 Read this excellent article by Paul Schullery from our journal The American Fly Fisher for the complete evolution and history of the hopper pattern.

5 thoughts on “Museum Pieces: History of the Hopper”