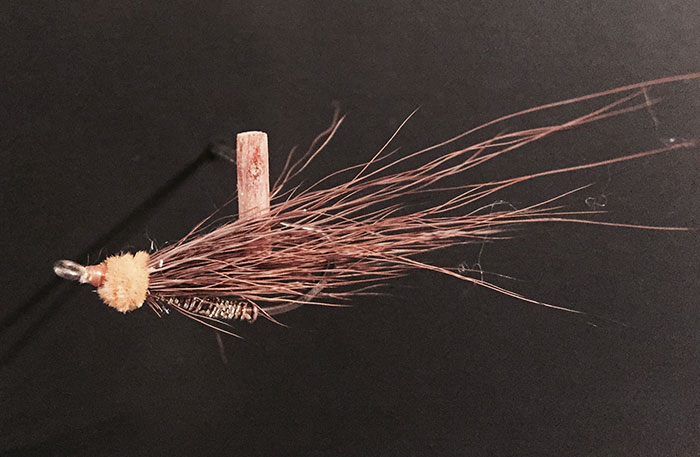 The Horror was the precursor to many of today’s most famous and productive bonefish flies.
Photos courtesy AMFF

The Director of the Bermuda Fishing Information Bureau, Pete Perinchief, designed The Horror pattern in the 1950s after a frustrating trip to the Florida Keys with Joe and Mary Brooks. Fishing for deep-cruising bones, Brooks had told Perinchief to let his fly sink to the bottom and wait for the fish to find it, but Perinchief’s fly continually snagged in the turtle grass. Frustration produced an “aha! moment” that night. Perinchief woke the next morning, tied a fly with the wing on the reverse side of the hook shank, and dropped it into the bathtub to test. The Horror was born. 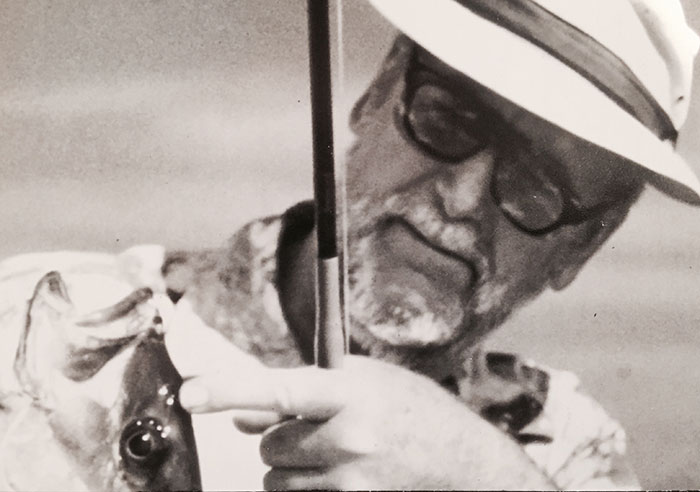 Pete Perinchief’s innovation was driven by the frustration of a constantly snagging fly.

While the pattern won’t win awards for its presentation, it is deceptively effective. The wing of brown bucktail works like a rudder to keep the hook point up, acting as a weed guard. A wrap of large yellow or orange chenille tied closely behind the wing base forces the fibers upward, which also shields the hook point. The chenille is then wrapped forward to the rear of the normal head space. Soon, most bonefish patterns were tied with the hook point up.

But what’s in a name? The Horror did not get its title from the look of the fly or the havoc it wreaked on unsuspecting fish. It was affectionately named for Pete’s daughter, who was so nicknamed because of her behavior as a child and teenager. Many angling dads can relate. . .

One thought on “Museum Pieces: Oh, The Horror!”