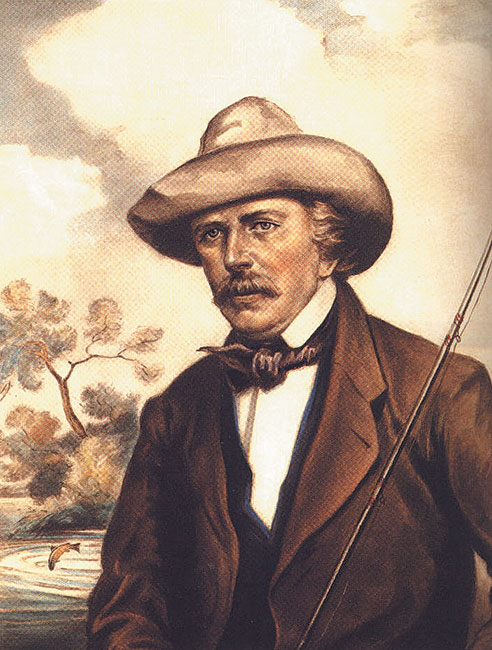 Thaddeus Norris was known as “Uncle Thad” to his legion of angling fans.
Photo courtesy AMFF

Once described by Arnold Gingrich as “the American Walton,” Thaddeus Norris (1811-1877) is considered one of the founding fathers of American fly fishing. He was among the first to recognize that English chalk-stream tactics were not well-suited to America’s rivers and streams, and he combined his wealth of fly-fishing knowledge with information gathered both during fishing trips throughout the country and through his correspondence with the best anglers of the day to produce his seminal work, The American Angler’s Book, in 1864. Described by Theodore Gordon as “my book of books,” The American Angler’s Book covered everything from casting techniques to tackle repairs, including fly tying, fishing stories, and fishing methods. 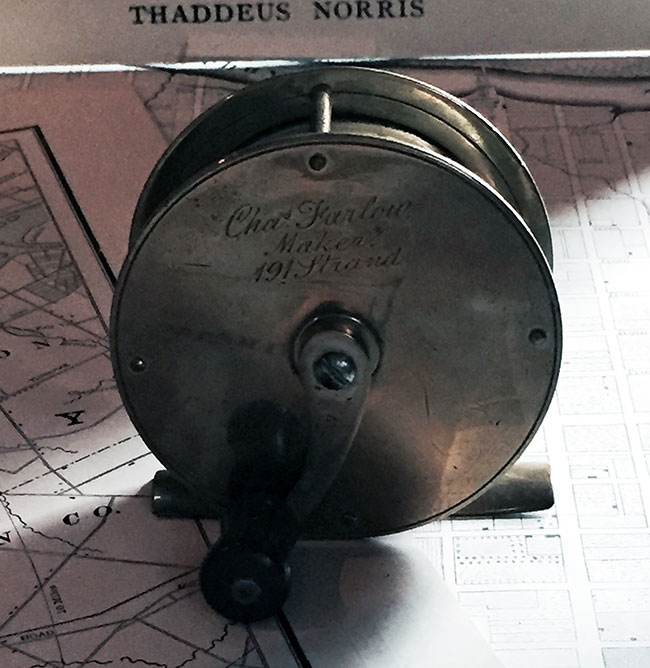 Norris’s reel was made by Chas Farlowe London sometime from 1854-1884.

While Norris was familiar with and clearly respected the traditions and techniques of his English forebears, he was not afraid to bend, break, or alter the dictates of conventional wisdom in his search for the most effective ways to fish on this side of the Atlantic. He advocated using a lighter, one-handed rod over the stout two-handers commonly used in the British Isles, was one of the first to design flies and tackle specifically for American waters, questioned the need for strict imitation, and even argued for returning caught fish to the stream decades before the phrase “catch and release” even entered the vocabulary. In addition, Norris was one of America’s earliest rod makers, contributing to the development of the split-bamboo rod. Norris also wrote the book on trout breeding, American Fish Culture (1868), and was considered one of the top ichthyologists of his day. 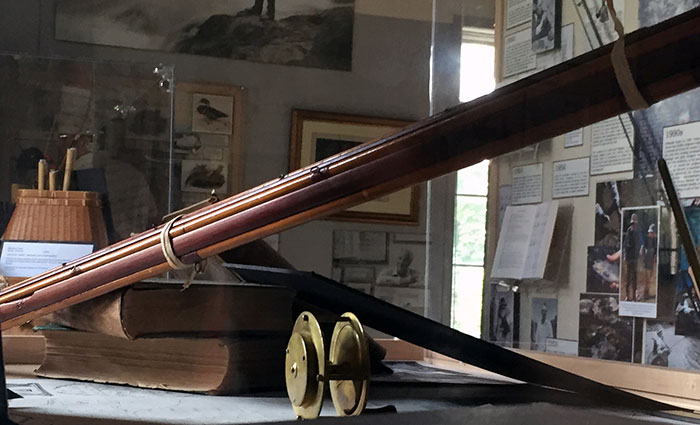 Uncle Thad built this rod, of maple and ash or lancewood, around 1870.

The Thaddeus Norris rod pictured above was owned by Beaveau Borie of Philadelphia c. 1870 and donated to the Museum by Mrs. Frances Borie. It is a 3-piece, 12-foot 5-inch, 10.2-ounce rod made of birdseye maple and either white ash or lancewood. Only ten other Norris rods are known to exist.

The buttcap tells the tales of two remarkable fish.

Notice the two engravings on the buttcap, his name and two large catches recorded on it:

These trophies were believed to be caught on the Rapid River in the Rangeley Region of western Maine, where the Borie’s family camp was located. 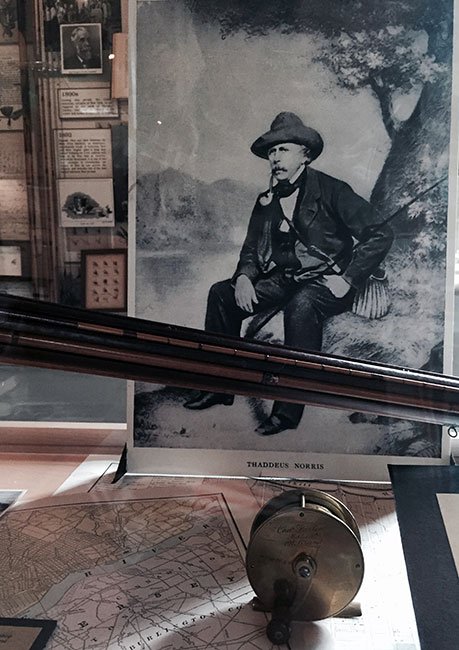