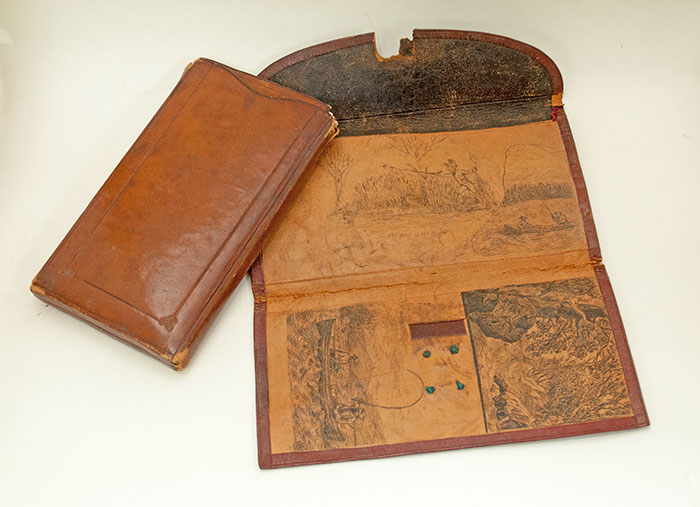 The fly wallets from the Livingston collection are some of the most important artifacts in the museum.
Photos courtesy AMFF

For the next couple of weeks we will take you out of the Leigh Perkins Gallery and give you an inside look at some fantastic items from our collection that are not currently on display. 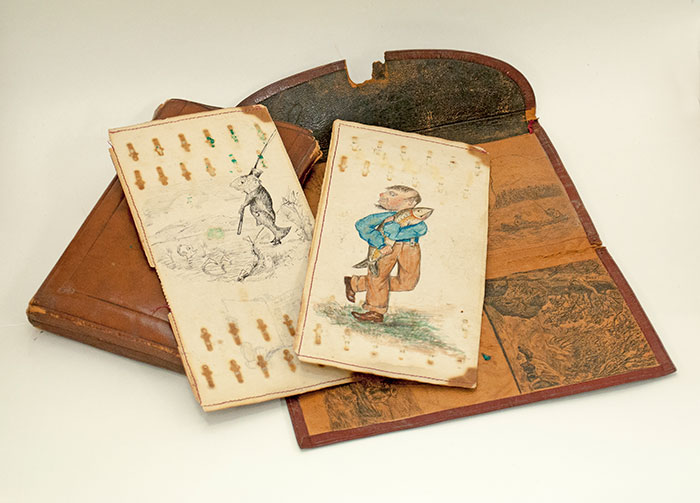 Meet accession number 91.28-50. This collection of fly wallets belonged to Robert LaRhett Livingston (1844-1907) and his son Robert Forsyth Livingston (1886-1950). Robert Forsyth Livingston, a resident of Long Island, held a deep fascination for the water that would sharply influence his life. He worked in the marine insurance industry, built his own sailboats (as well as beautiful cabinets and weather vanes), and fished his entire life. As Long Island residents, the Livingstons, not surprisingly, bought most of their tackle at Abbey & Imbrie. In additions to the fly wallets, their collection also includes items from local tacklemakers such as Empire City (an A & I trademark), Vom Hofe, Leonard, and Kiffe. The importance of this collection lies in the fact that the Livingstons were lifelong anglers who showed taste and discretion in their selections. While they were not by any means famous people, the Livingston collection is one of the most important groups of artifacts in the American Museum of Fly Fishing. The items that the two men accumulated over almost 70 years present the student of fly-fishing history with an invaluable look at the kind of tackle and equipment owned by the average angler in the late 19th and early 20th centuries. 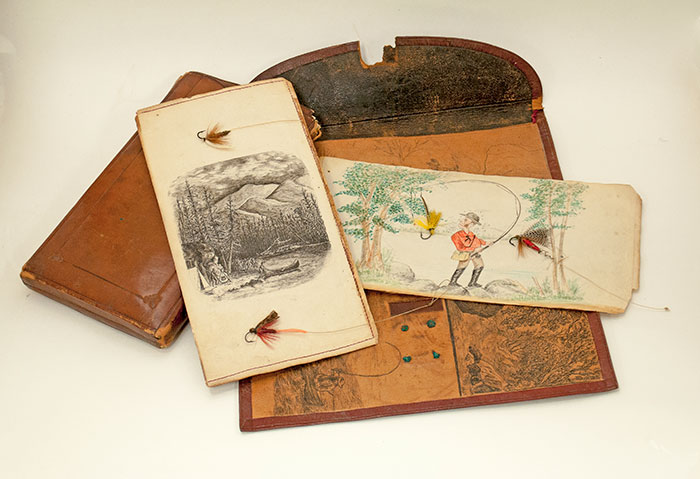 What makes the fly wallets so significant is that the Livingstons chose to inscribe them with memories from their fishing trips. Everything from the big catch to the inevitable fight with an elm tree was captured with incredibly detailed sketches ranging from the ultra-realistic to cartoon style figures all in between beautiful vintage flies. The Livingstons even went to such lengths to make paper cutouts of their catches. The one below reads 20¼ inches long ,12-inch girth, 3¾ pounds full eighteen hours after catching. Caught at Mill Neck Long Island April 20/96 by R.L.L. in creek below railroad. 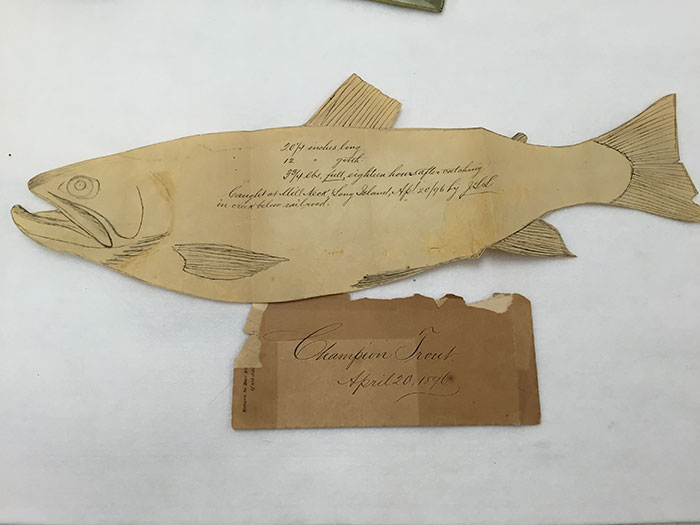 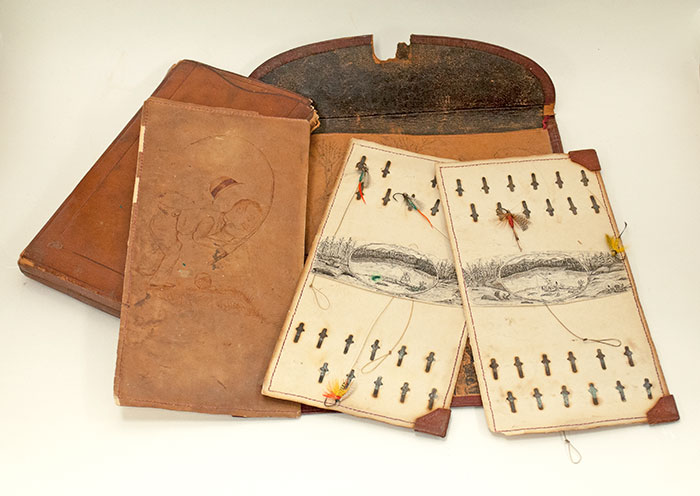 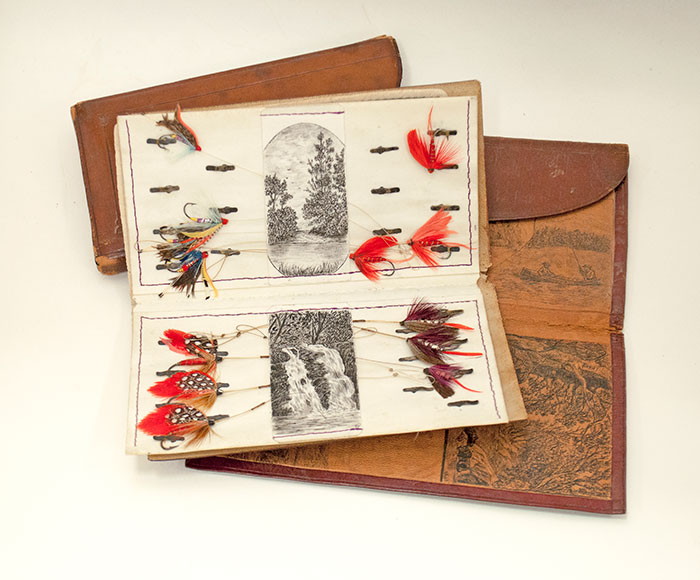 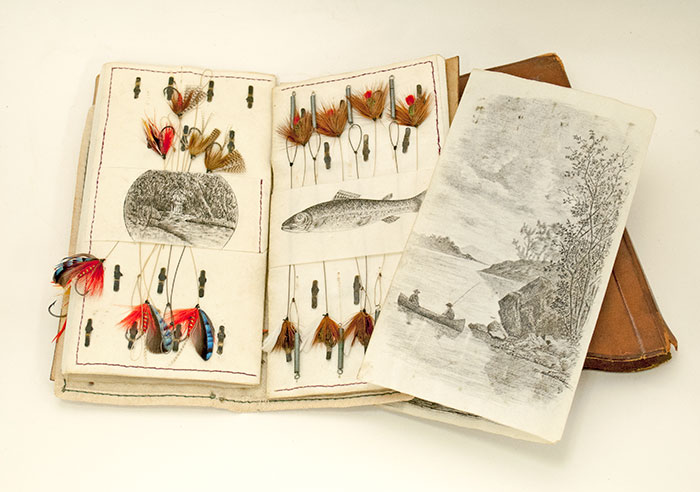 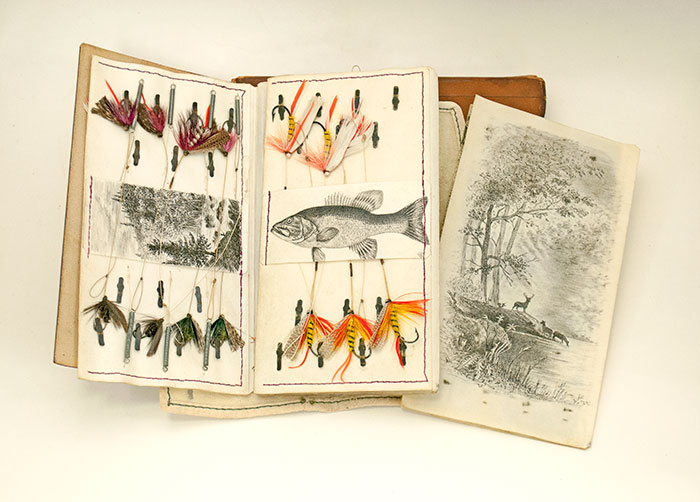 2 thoughts on “Museum Pieces: The Glory Days of the Fly Wallet”