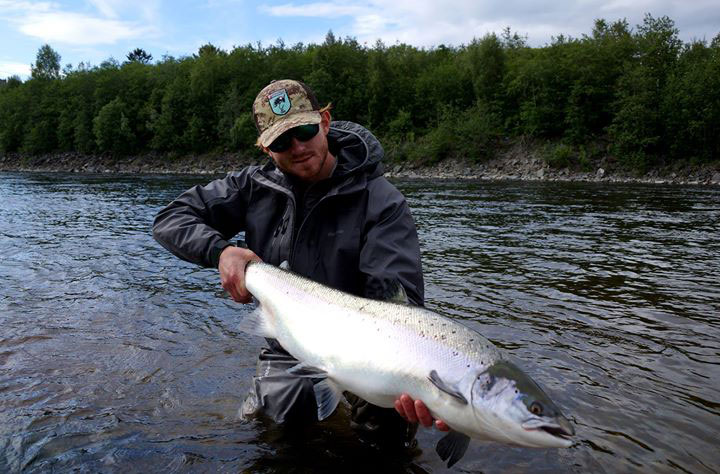 Taylor Edrington bounced back from a heartbreaking loss to land this beauty.
Photo by Thies Reimers

After the entire crew staying at the Norwegian Flyfishing Club, on the Gaula River, blanked on Monday, you could tell that there was a little bit of frustration in the air. Then, on Tuesday, the first three fish were caught. And then yesterday, the dam burst, with five fish brought to the net. 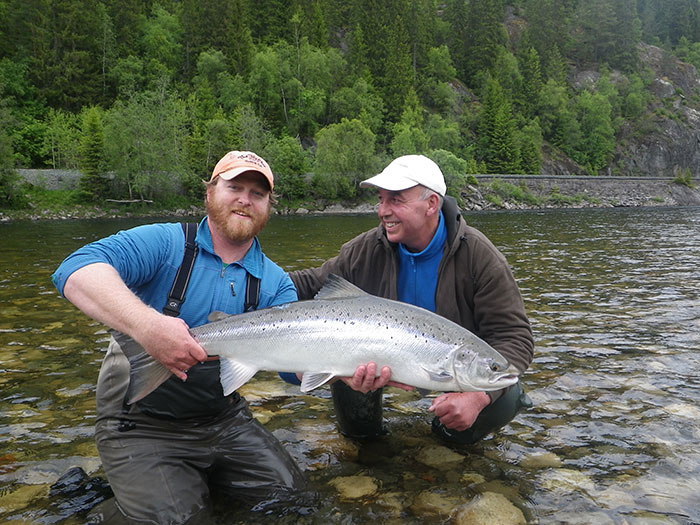 After I landed mine in the morning, Matt Harris caught one from the very same pool. Success was also in the cards for Justin Miller (who works for The Fly Shop), one of the visitng Russian anglers shooting a video, and Taylor Edrington, of Royal Gorge Anglers. Taylor’s story is one of the best. He fought a salmon for quite awhile, only to lose it right at the net. After three full days of casting, that might have been soul-crushing for some. But he got right back at it with renewed vigor and ended up landing a beauty about an hour later. 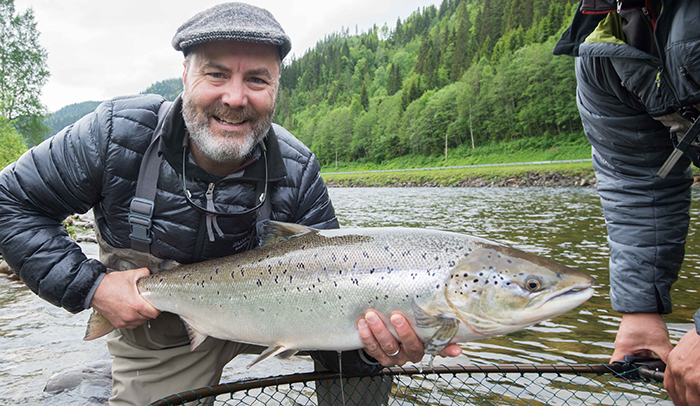 The whole group is abuzz now, as everyone realizes that there are fish in the river to be caught. Those who haven’t yet landed a fish believe that Day 5 will be their day, and the rest are ready to relive the adrenaline rush of hooking up. It’s amazing how some success can infuse the whole group with that sense of belief. And in fly-fishing for Atlantic salmon, I am learning, belief is a vital component. Every time your fly starts to swing through the current, you simply must believe the tug will come.

Norway, Days 1 and 2: Getting into the Swing of Things.