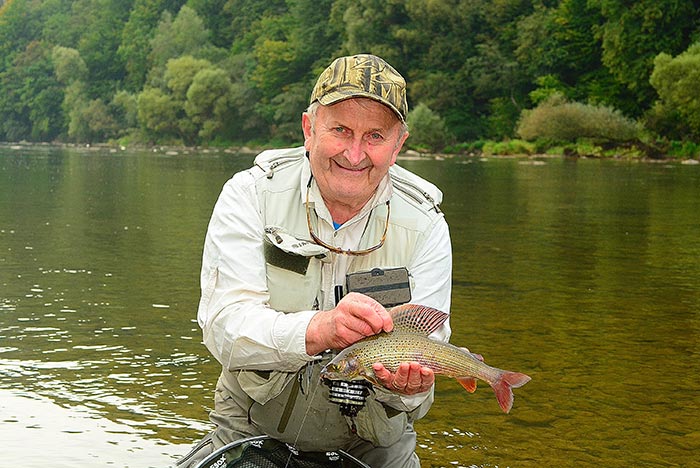 What a sight. The year was 1989. The place was Kuusamo, Finland. The event was the World Fly Fishing Championship. A gaggle of journalists and bystanders were following and watching in wonder and curiosity: Who was this guy dressed in an unconventional vest, wearing garden boots for waders, and casting a mended fly rod? He was tenacious, and very competitive, with a broad, quick smile — friendly to a fault. The mystery angler was Wladyslaw Trzebunia, then a member of the Polish national Fly Fishing Team. “Vladi,” as he is known to his friends, is the man who knocked the fly-fishing world on its butt.

In the mid-1930s, Vladi’s father had discovered that when he pulled his baited hook downstream faster than the current, he caught more fish. Here’s the takeaway: The fish were attracted to the motion.

Back to the 1989 tournament: Using the same basic method his father had taught him as a youngster (with refinements, to be sure), Vladi landed a staggering total of 60 fish. That number was more than all of the 2nd, 3rd and 4th teams combined! Wladyslaw Trzebunia won the individual title–and a dazzling gold medal—and the Polish team took the team title.

Since that 1989 competition, the nymphing that method Vladi pioneered, and the Polish team used, has been imitated, appropriated, and re-named throughout Europe, and the rest of the fly fishing world. Over time, Vladi’s method has been reborn to new fathers of new nationalities. 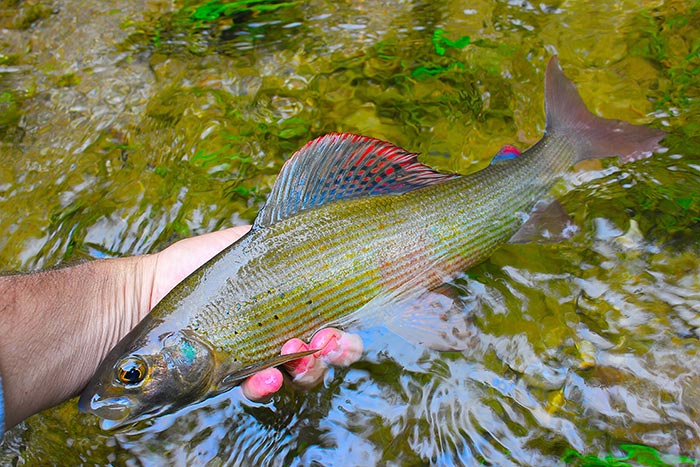 Here are some important points about Polish nymphing: 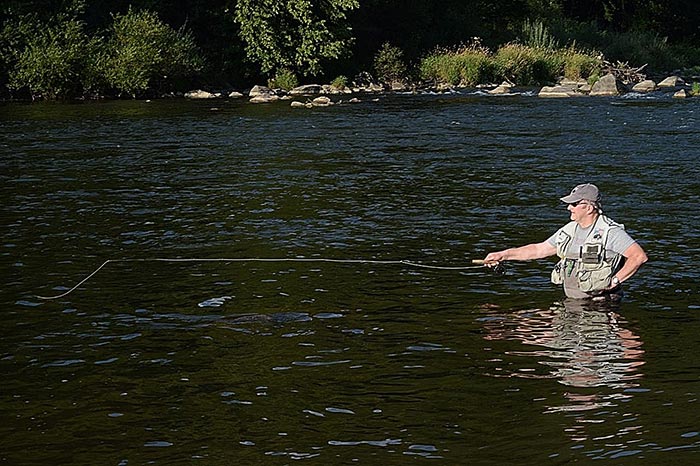 Holding his fly rod parallel to the water’s surface, Vladi pulls the flies through the current.
Photos by Richard R. Twarog

The unique combination of the fish’s lateral line and vision is designed to specifically to detect the motion of predator or prey, which is why Vladi’s method seems like  the obvious way to nymph.

That’s what Vladi has taught me over the past six years. And not only is it productive, but it’s a lot of fun, too.

Richard R. Twarog is the author of The San Juan River: A Fly Angler’s Journal. Vladi is a licensed guide in Poland and Slovakia and continues to give seminars and teach international competitive teams and individuals. You can reach him via e-mail. 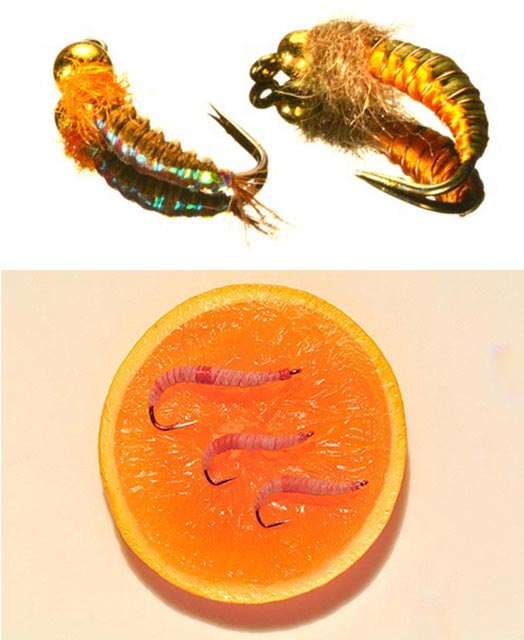 Weighted flies get to the bottom quicker, and Vladi’s famous Vladi Worm (bottom) is a good anchor fly.
Photos by Richard R. Twarog