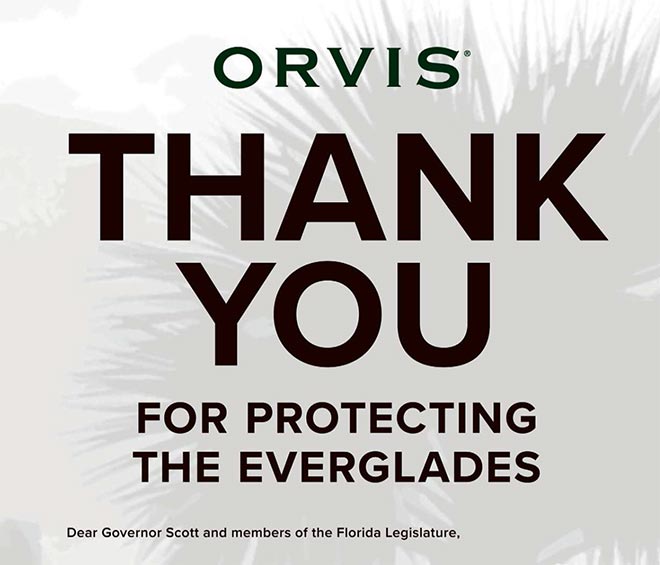 Last month, reader’s of Florida’s largest newspaper were presented with a powerful message from Orvis CEO Perk Perkins, in the form of a full-page ad imploring Governor Scott and members of the state legislature to support a bill which was the first step toward  long-term solution to the diversion of freshwater overflows from Lake Okeechobee.

Now that the bill passed both houses and was signed, it’s time to give credit where credit is due, so another ad appeared in last Sunday’s Miami Herald:

To you, Governor Scott, and to all the legislators on both sides of the aisle who worked together to achieve this historic legislation, we thank you. To the people of Florida whose vocal grassroots campaign led to thousands of phone calls, emails, and letters to legislators, we congratulate you and look forward with renewed hope and optimism to a now brighter future for Florida Bay and the Everglades.

Click here to read the full ad from the Miami Herald.

More than twenty-five major outdoor brands signed on to the Perkins’s letter.

But, of course, the work is not done. SB10 allocated the funds to build a reservoir south of Okeechobee, which will take years to construct, and there are plenty of other projects that need to be funded if we are to preserve the River of Grass. We will keep you posted, and you can follow all issues related to The Everglades at the Everglades Foundation. 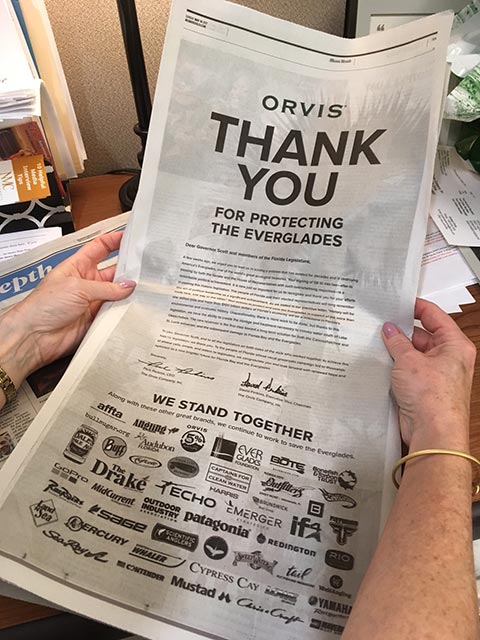