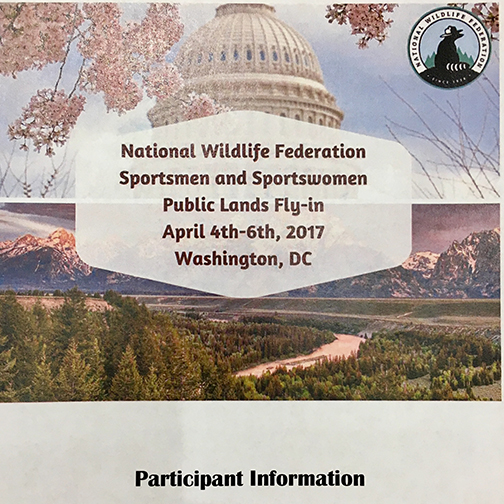 The National Wildlife Federation issued an invitation to sportsmen and sportswomen throughout the country to attend an event in Washington, DC last week. The purpose was to meet with senators and representatives from their states to discuss the importance of keeping public lands just that.

Orvis Fishing Manager Mark White answered the call. As Vice President of his Greenville, South Carolina Trout Unlimited chapter and an active member of Ruffed Grouse Society, Mark has a passion for the outdoors and is deeply committed to conservation.

He had the opportunity to meet with Sen. Lindsey Graham and Rep. Tom Rice. His asked them to keep public lands in public hands, and to oppose all legislative attempts of wholesale transfers of public lands to the states, or to sell them to private interests. He requested their support for appropriations increases, and that they oppose decreased funding for public lands and public lands management. In addition he asked for support for legislation to permanently reauthorize the Land & Water Conservation Fund as well as opposition to undermining the Antiquities Act, or rescinding existing national monuments. 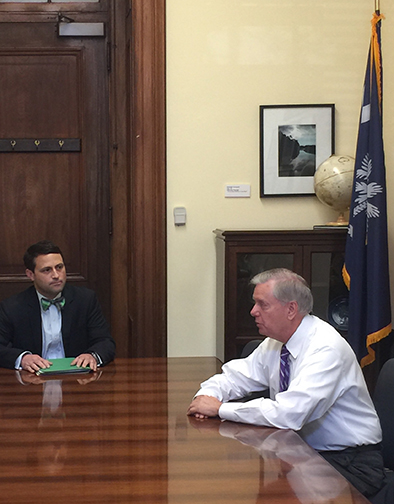 Mark also brought the support of Orvis with him in the form of letters from Executive Vice Chairman David Perkins to Sen. Graham and Rep. Trey Gowdy. Here’s the text:

We are writing you to seek your leadership and support in protecting America’s public lands. One of the truly remarkable privileges we Americans share and treasure is not only the beauty of this country, but our ability as citizens to access and enjoy it. These lands more and more provide a refuge for Americans from the ever-increasing pace of modern life. They are more important now than ever, both spiritually and economically, as our citizens seek out the respite of wild places. There is a historical pride in the fact that for American citizens, this country is ours to use, protect, and love. The specter of our children and grandchildren being denied this privilege is beyond deeply troubling. The present budget proposals if enacted, include a proposed 12-percent decrease to the Department of the Interior budget, which will slash the resources needed to manage public lands, support state management of fish and wildlife, and enact vital conservation efforts across the country. Under this proposal, America’s greatest treasure could become America’s most tragic loss.

Economically, public lands are the backbone of the $646 billion outdoor recreation economy and they are the linchpin to hunting and fishing in America. The headwaters of almost every blue ribbon trout or salmon river are on public lands, and a substantial portion of American hunters hunt on public land. These lands need to remain in federal hands. If the funding and management is transferred to the states, the inevitable fiscal result will be the selling off of these lands, and once gone, they will likely never be recovered. Congress needs to invest in public lands. If money is the only arbiter, this is an investment that will pay substantial dividends in the future. Once private, these lands will provide little if any economic benefit to the government, but more importantly to the American people.

Finally, on a personal note, imagine the impact on the Sumter and Frances Marion National Forests or wildlife refuges such as the Santee in your state, and the rural communities that depend on outdoor recreation and tourism spending. It would be devastating to the lives of your constituency and to the lives of those who live and thrive in the outdoors across all 50 states. America is unique in that everyone has access to these lands including, and most importantly, the hard-working middle class who find their lives richer and more fulfilled through this access. These are the people who now most need your leadership. Will our outdoor ethic now be relegated only to those who can afford access to private lands? Do we truly want an estate mentality to prevail as it does in other countries? It is an unimaginable threat that would forever change the definition of an American citizen’s freedom, but under the current budget proposal, a very real one.

Kudos to Mark White for standing up for unfettered access to our precious public lands. 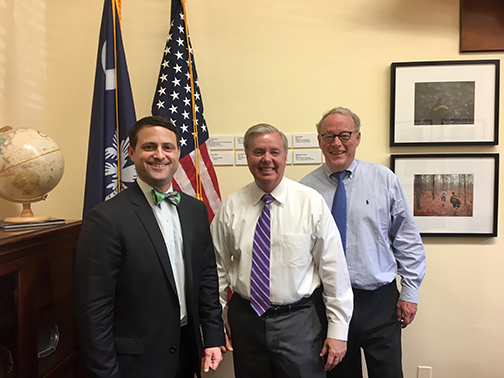 One thought on “Orvis Fishing Manager Argues for Public Lands”