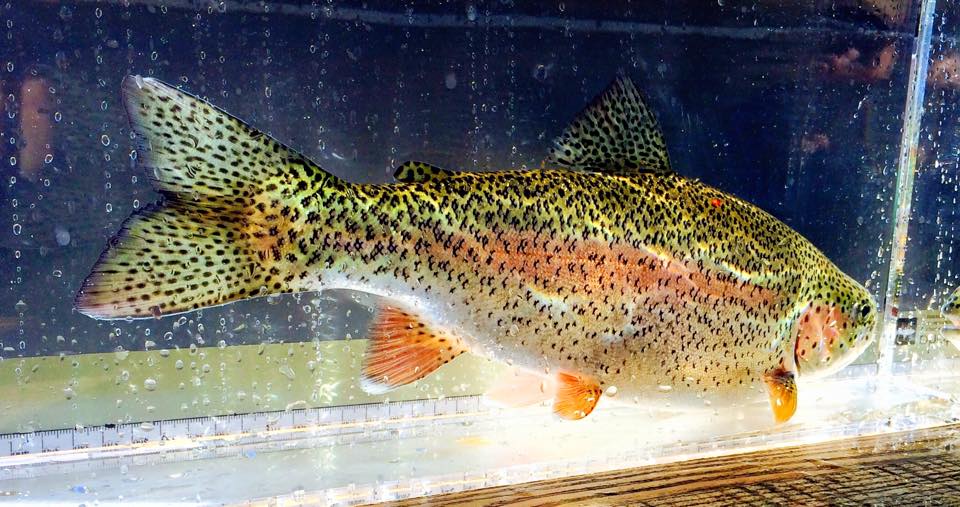 The ability to photograph a fish in the water makes for a cool trophy shot.
Photo by Derek Young

Anglers have been telling stories about the size and number of fish they’ve caught since the era of rudimentary charcoal etchings and stick figures on cave walls. With the advent of photography, the fisherman could not only tell the story, but the story was also often hoisted high on a hook—a trophy specimen on display. This is even more true today with the ability to instantly upload an image and have it shared around the world.

The popularity of image sharing and increasingly advanced photography on the water has brought new opportunities to catch-and-release angling, and the growing awareness of proper fish handling, including capturing that “epic shot” of a fish, has spawned a new trend: keeping the fish entirely in the water or “wet” to ensure a successful release. Like most anglers and guides I know, there is something special about every fish, and it isn’t always about size. The beauty of a particular species or traveling to a new location to fish and having those memories saved in a photograph is meaningful. I recall one trip on the Yakima a few years back where a misplaced finger on a client’s camera spoiled a perfect shot of a fish that took a lot of work to find and catch. I don’t need a photograph to remember the expression on my guests face when the image didn’t turn out.

We’ve got a big opportunity to advance the art of catch-and-release angling and to foster the new energy that social media and sharing of fish photographs and angling experiences gives us today. So the way we capture those epic shots should advance, too. We have better nets today, better cameras, and a better understanding of how fish handling out of the water affects survivability. Getting great fish photos and handling fish better can go hand in hand. 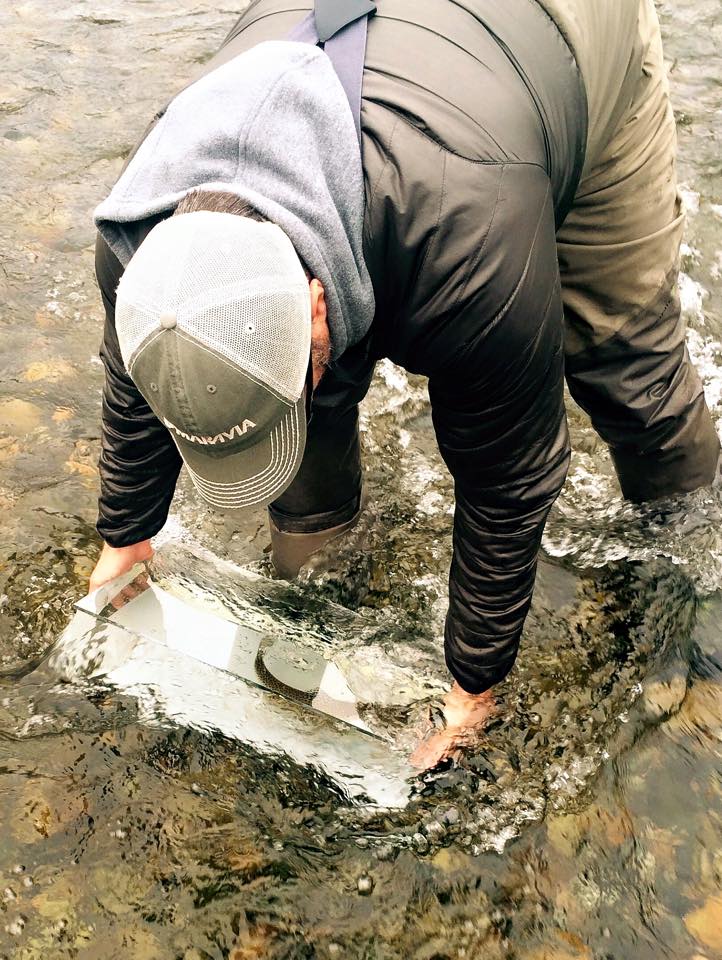 Filling the Photarium, which will allow the fish to breath while being photographed.
Photo by Derek Young

An alternative I’ve been using is the Photarium from the Wild Fish Conservancy in Duvall, Washington. Originally designed as a tool for fish observation and study in the field, and in much smaller sizes, the clear plexiglass box is designed to keep the fish in the water and provide the opportunity for a photograph–without fingers and hands in the way, or the risk of dropping the fish on the boat on bank. It’s too bulky and heavy for a wading angler to carry around, but if you own a boat they store easily and it’s simple: net the fish, fill the box, place the fish in it, and take the photo. The fish doesn’t have to even leave the water. The fish appreciate it, and the images are truer to life and show the fish in a more natural state – gills wet and breathing in the water!

Derek Young is the Orvis 2011 Endorsed Guide Of The Year, former Trout Bum Of The Week, and owns Emerging Rivers Guide Services in Washington. He recently started the Yakima River Headwaters Trout Unlimited Chapter on the Yakima River.