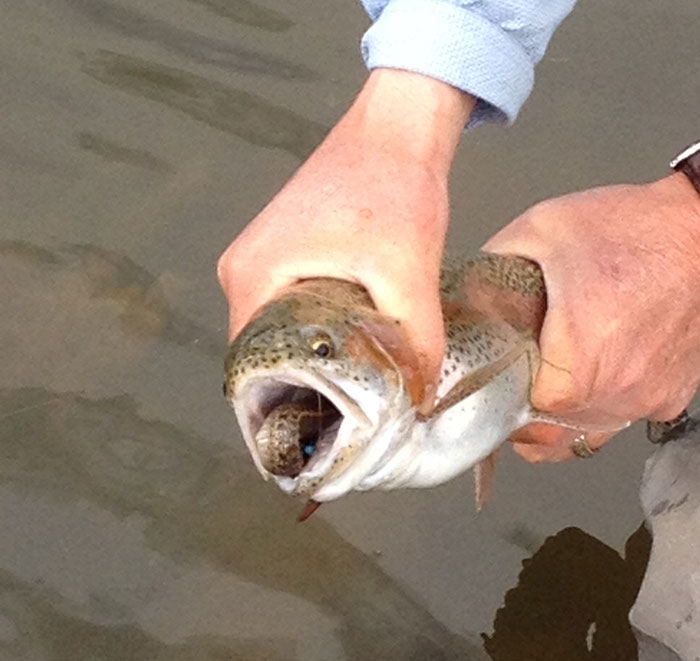 This rainbow enjoys a dangerous diet. Can you believe it still ate a damselfly?
Photo by Wayne Thurber

On a recent fly-fishing trip, our client Doug caught this interesting rainbow. When I netted the fish, he reached into the mouth of the trout to remove the blue damselfly pattern. The first attempt was not successful. On the second attempt, I was about to remove the fly when a snake decided he was going to escape the trout’s stomach. The snake managed to wiggle out of the trout about 6 inches, giving me a bit of a scare. The trout was released safely back into the wild, but the snake wasn’t so lucky. The trout swallowed him again as he headed back into the deep water.

7 thoughts on “Photo: A Rainbow with Exotic Tastes”