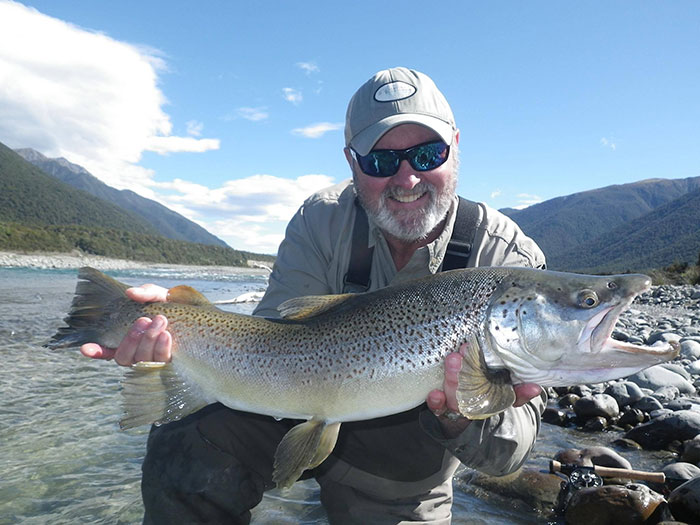 It’s always great to get photos of trophy trout from around the world, but this one was especially cool because the attached note contained a shout out for a fly-fishing mentor. Aussie angler Greg O’Brien caught this 8.5-pound wild brown on a Parachute Adams in the Northern part of the South Island. It was one of a half-dozen trout on the day—four of them on dry flies and the smallest was a five-pounder.

After telling us about this cool angling achievement, Greg offered credit where he felt it was deserved:

I must let you know that the Store Manager from your Houston store, Chris Olson, has given me a lot of guidance in the finer art of fly fishing. I’m from Perth in Western Australia and lived in Houston for four years. Chris got me into and keen on fly.