The Hex hatch was going off on the Williamson River when my colleague Doug Best and I were traveling through Oregon. The guys from Tailwater Fisheries called and said, “You have to check this out!” We also fished the nearby Wood River. 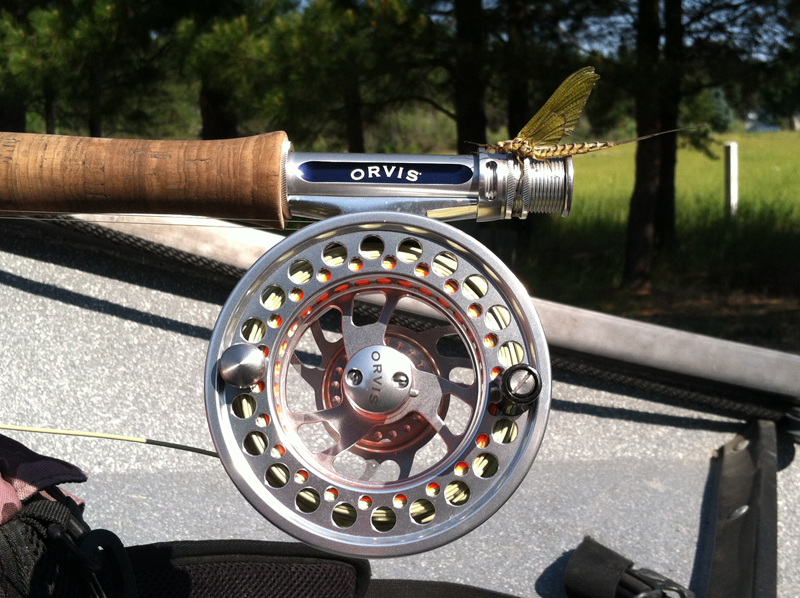 Just like their Midwestern counterparts, these Hex mayflies are monstrous.
Photo by Chris Renzullo

It’s pretty damn cool when you can throw, not just big but gigantic dry flies. Plus, this is a part of the country that is really only on the radar of a select group of anglers. The fish that Chris Renzullo landed is a good example of the kind of trophy fish one can target with these big bugs. 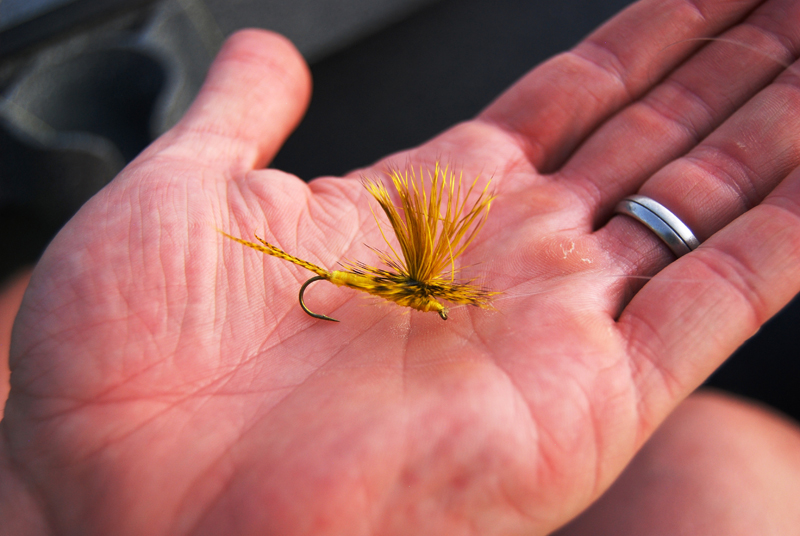 A big ol’ parachute Hex imitation is fun to cast, and watching a trout hammer the big bug is a blast.
Photo by Tom Evenson

Guide Gary Cooper with yet another Hexed-up rainbow.
Photo by Tom Evenson 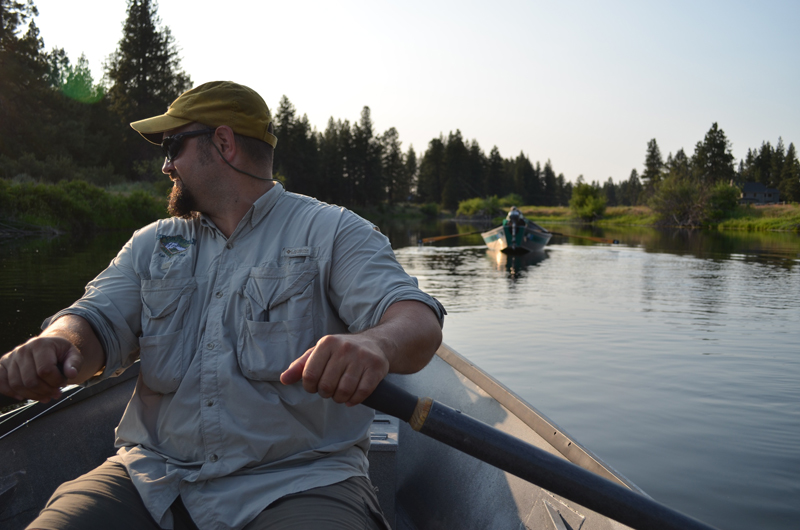 Guide Chris Renzullo searches for rises on the Williamson River as the sun hangs low in the sky.
Photo by Doug Best 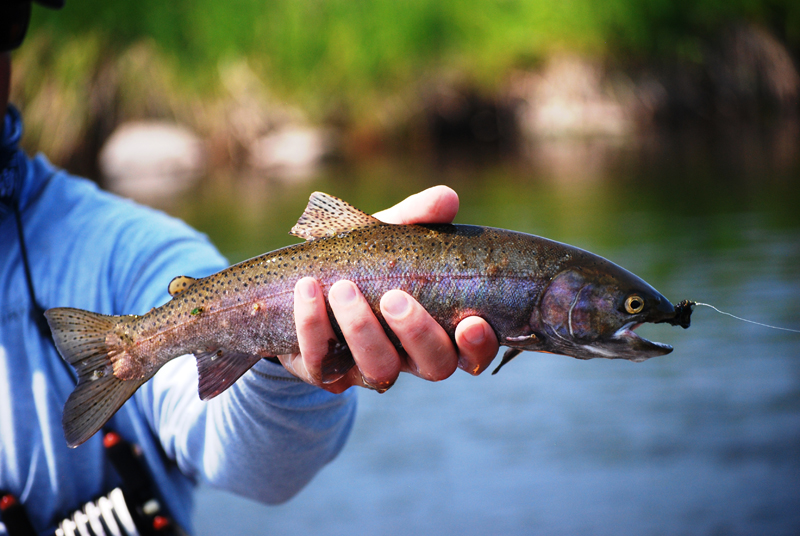 This Wood River rainbow looks like it needs to bulk up a little.
Photo by Tom Evenson 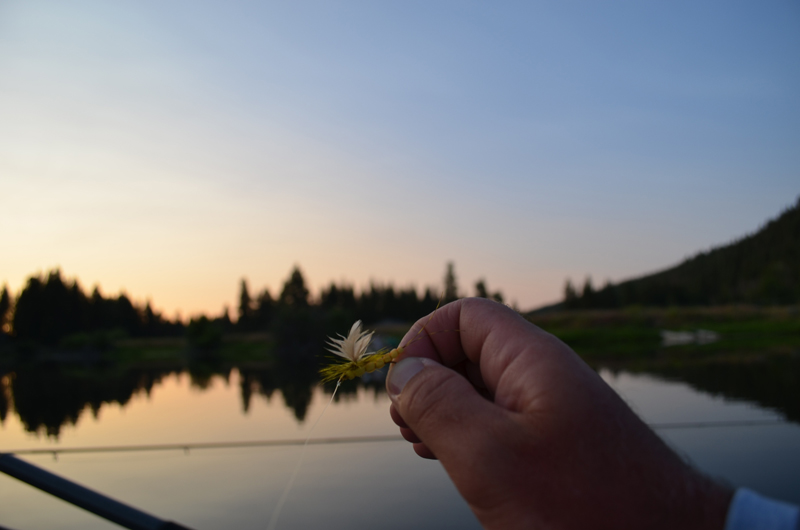 Since you’re fishing in low light, or even darkness, a big, yellow fly is a help.
Photo by Doug Best

Pelicans join the fun on the Wood River.
Photo by Tom Evenson 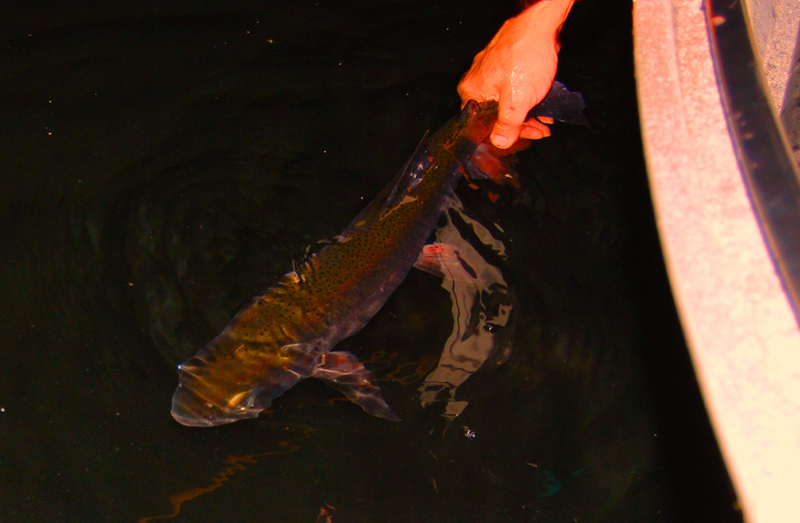 Putting a trout back to rise another day.
Photo by Tom Evenson