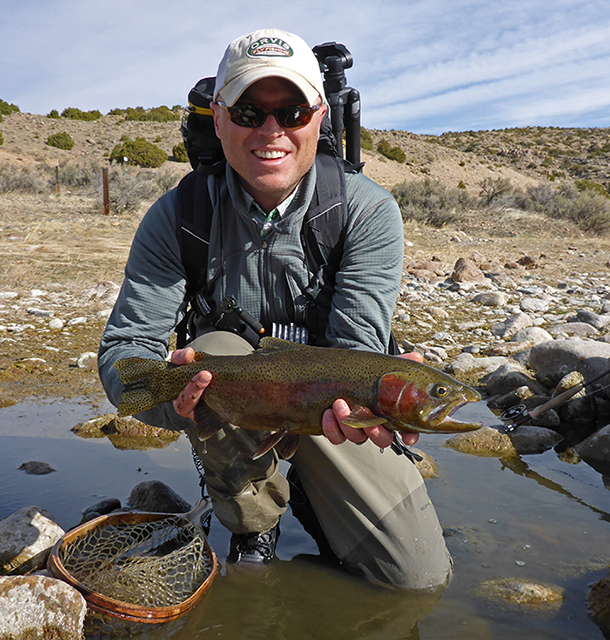 The author is all smiles, as he shows off hsi first Wyoming trout.
All photos courtesy Jon Hill

What happens when ten friends go up to Wyoming for three days? A lot of fishing, floating, and fun, that’s what happens. I had never been up to Wyoming, so when my friend Tom asked if I wanted to take a three-day trip up to the Casper area and stay at a ranch, I couldn’t say no. We stayed just outside of Casper at the Red Butte Ranch which is on the North Platte River. 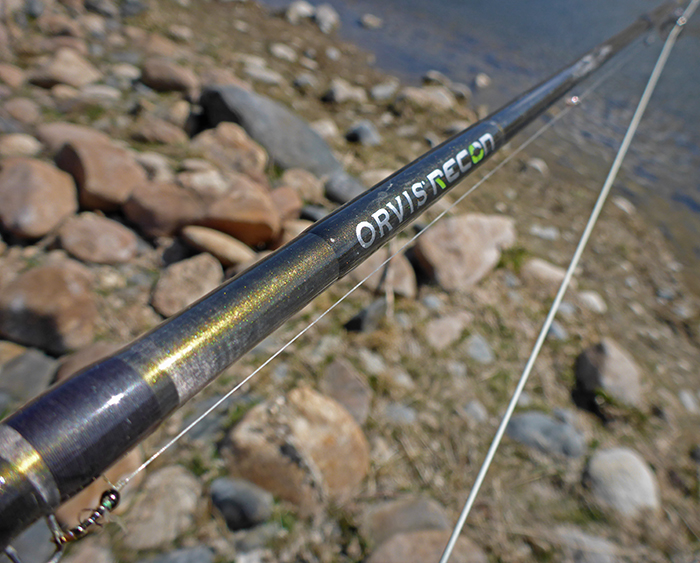 The 6-weight Recon rod performed will, dealing with wind, big water, and some heavy trout.

My new 6-weight Recon fly rod would be with me on this trip, and I was interested to see how it worked on some bigger water, since I had only previously used it on my little creek. For our first full day in Wyoming, Tom, Daniel, and I headed to Fremont Canyon, while Chris, Mike, Dennis, and Juan were going to float the North Platte River. I had done some research on this stretch of water, so I put on my Higa’s S.O.S., which I tie in red, and then a Zebra Midge below that. Within an hour, I had my first Wyoming rainbow in the net. With a bit of wind to contend with, larger fish, and fast-moving water, the Recon handled amazingly well. Around lunch, we headed to another hole only to find it occupied by our friend Juan. He decided not to float the river with the other guys, so he came out to the canyon to catch up with us. 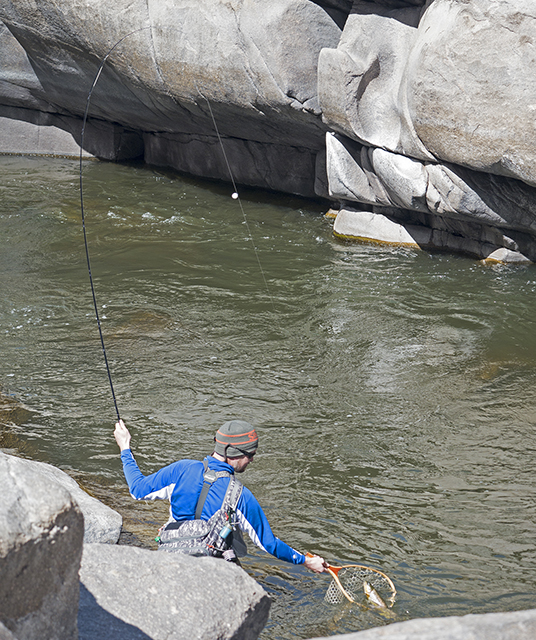 Throughout the day, I changed to using Pheasant Tails and red midges and a Hare’s Ear Nymph. We all pulled in some beautiful fish, and Tom hit the triple by netting some rainbows, a brown, and a cutthroat to close out the day. 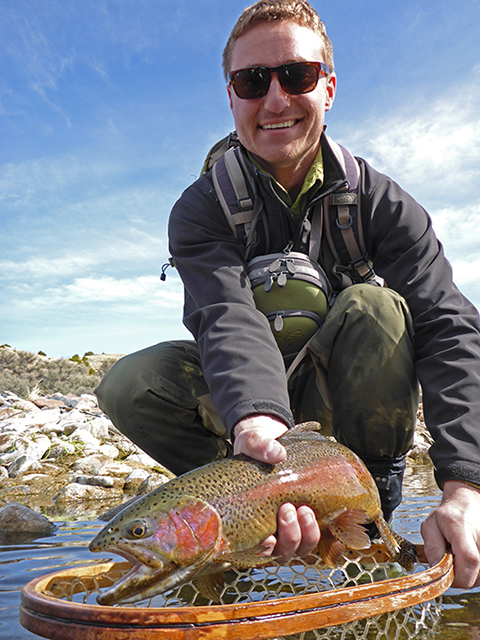 Daniel got in on the action with a fine rainbow.

We arrived back at the lodge around dusk. With waders still on, we fished the private stretch of water at the ranch for a half an hour or so and then called it a day and headed inside to get dinner ready. After the guys got back from floating, we shared our stories from the day and hit the sack. 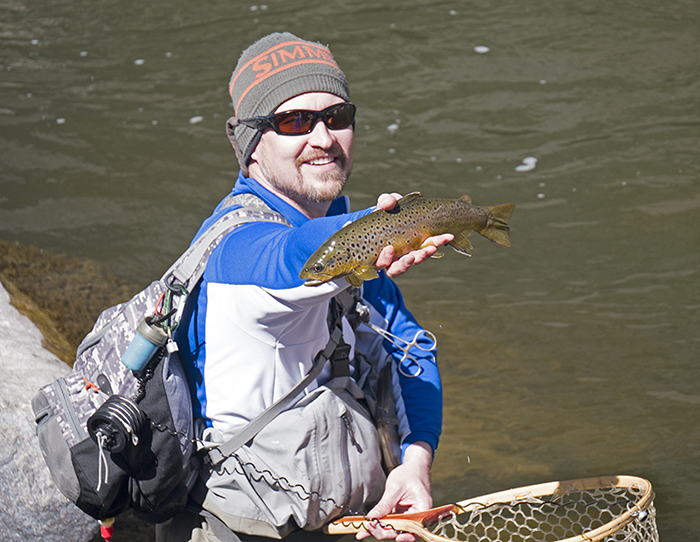 Tom’s brown put him on track for the Triple Play. . .

. . .And this cutthroat sealed the deal.

Day two would prove to be quite a different experience than I was prepared for.