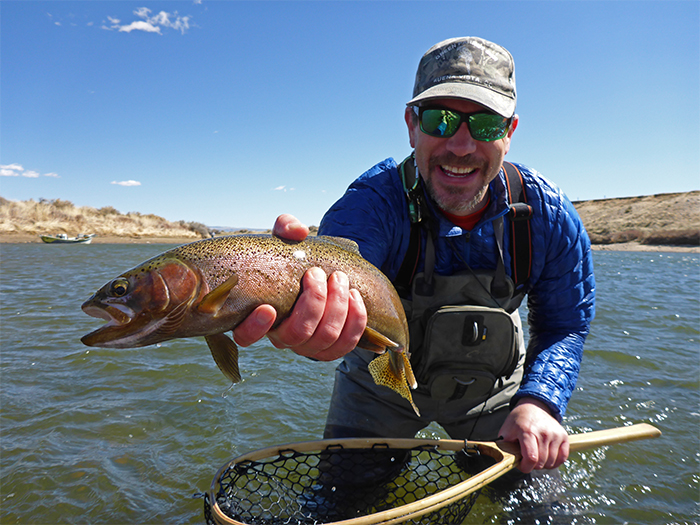 Matt with a sweet North Platte rainbow on a windy day.
All photos courtesy Jon Hill

For my second day in the vastness of Wyoming, the plan was to float the North Platte River from Gray Reef to Lusby. It’s the standard floating option, making it a busy stretch of water, so we wanted to get an early start to avoid the crowds. Jim, Matt and Paul had driven up after work on Friday to meet us at the ranch and join us for the float. Chris and Juan decided to skip the float and try the Miracle Mile instead, since the weather was reporting 25 to 35 mph winds for the day. This would be my first trip on a river in a drift boat, and I had heard that it can get windy up in Wyoming, but I wasn’t prepared for the experience that actually transpired. 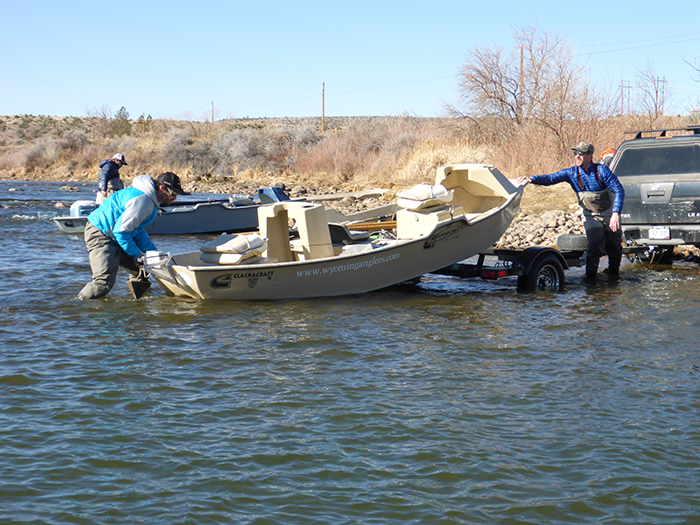 This trip was the author’s first time fishing from a drift boat.

Getting eight guys up and breakfast made and ready to go took a little longer than we had anticipated, but we were at the boat launch around 9:30. We rented three boats from Wyoming Anglers, three guys each in two boats, with Tom and Jim in the third boat. The first hour and a half the wind was tolerable, and we floated and stopped at the public access areas in that first stretch of water. I was a little worried about the wind, but casting with the Recon was a lot easier and more accurate than I thought it would be. Natural and rust colored leech patterns, Slumpbusters and San Juan Worms worked really well all day. All of us got into some fish for the first stretch, and it was turning out to be a great day, until the winds picked up. 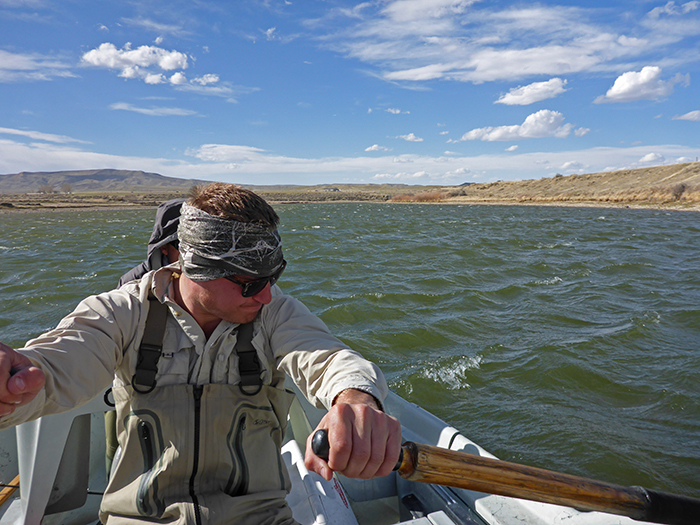 Daniel works hard to row into the wind, as the breeze picked up in the afternoon.

For the next several hours, we fought off 50 mph winds. At times it was at our backs, at other times it was coming at us from the side, and at the worst of it it was coming straight at us pushing us back up the river. It was brutal! Dennis, Daniel, and I were in one boat, and at one point Daniel got out and pushed the boat downstream into the wind, which was easier than trying to row through it. Even with the high winds, I still managed to cast as decent as can be imagined in that kind of weather and still managed to catch a few fish. 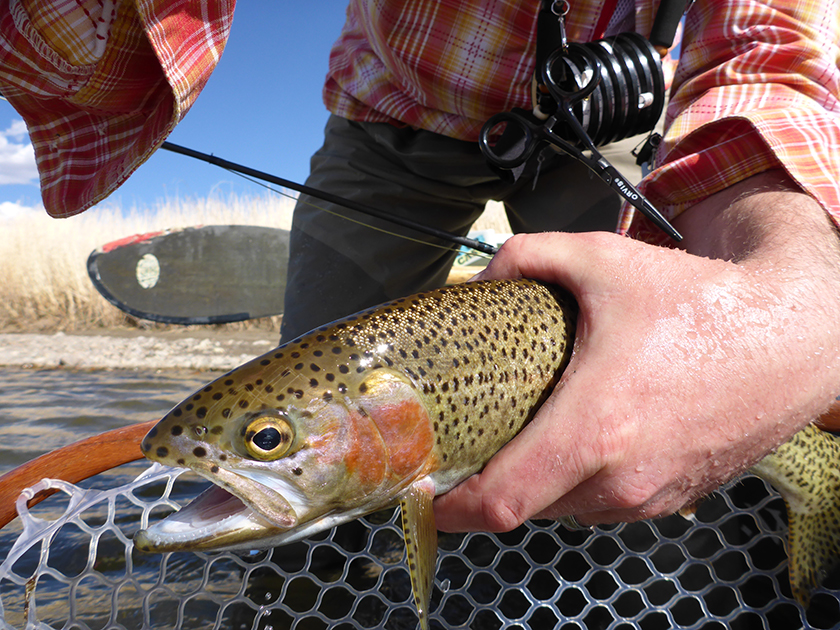 The author landed this nice rainbow on a San Juan Worm.

The last hour of the float, the winds calmed down to a manageable 25 mph and more fish were caught before we reached Lusby and our take-out point. After nine hours in the boats and fighting the wind, it was a great day of hanging out with friends. I usually hate being on a crowded river, but when the crowd is a bunch of your friends, that’s a good day regardless of how windy or how many fish you catch. 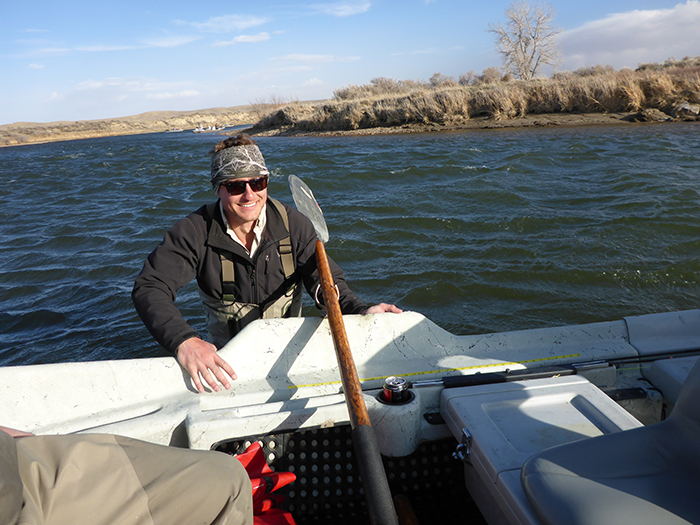 The wind got so bad that Daniel got out and started pushing the boat downstream. 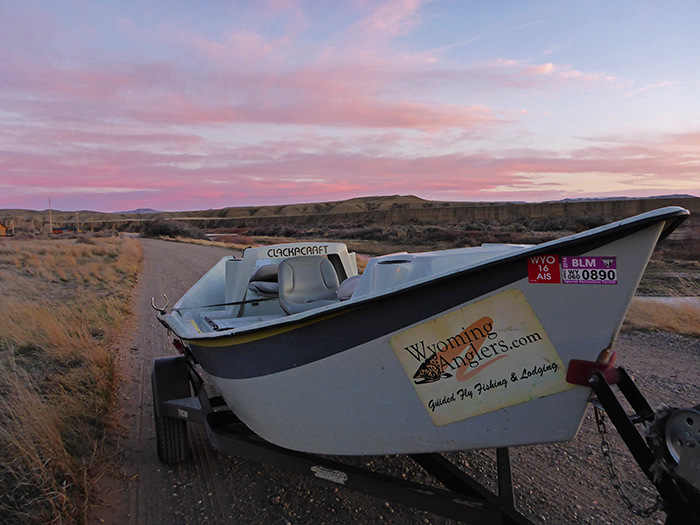 A gorgeous Wyoming sunset lit the drive home at the end of the day.