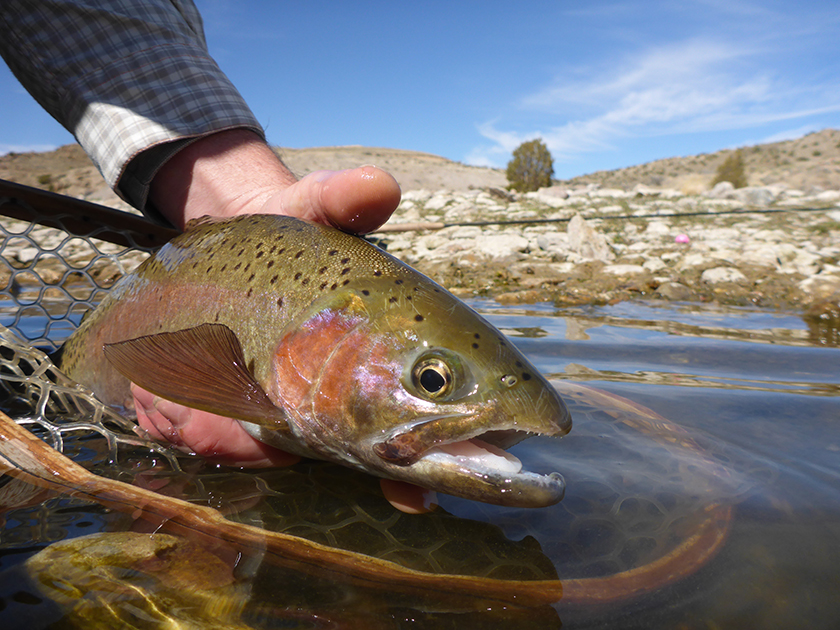 For my final day of rambling around Wyoming, it was back to Fremont Canyon. The plan originally was to try the Miracle Mile, but because of how well Fremont had fished on Day One—and the fact that the rest of the guys wanted to fish there—Fremont it was going to be. 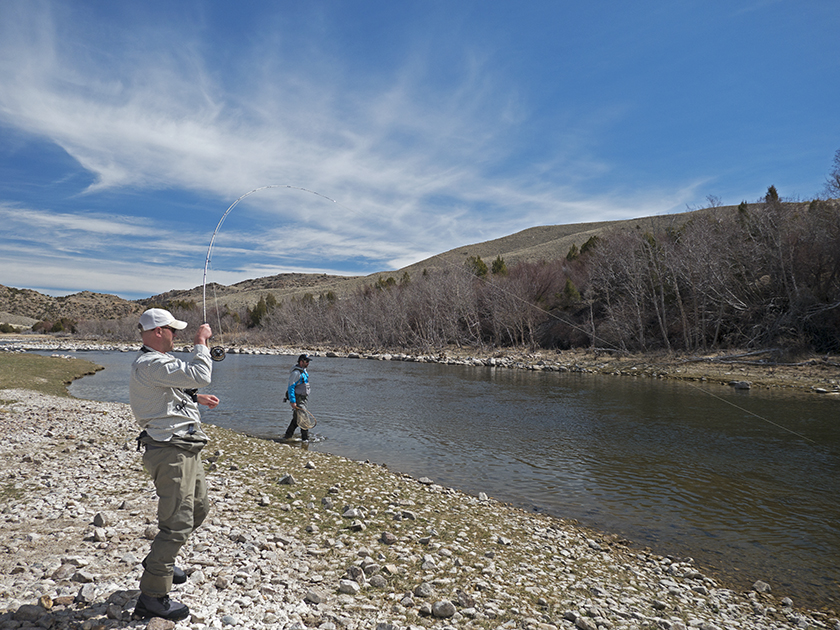 Once the water warmed up in the early afternoon, the fish started taking flies more readily.

Chris and Juan were going to sit this one out and head back to Denver early, so that left the rest of us to hit the water. Daniel, Dennis, and I decided to get everything packed up and ready to leave, and then be on the water at sunup to fish until noon or so and then get back to Denver at a reasonable hour. We arrived at the canyon just as the sun was coming up, cold enough at that hour to put some ice on the side pools of water. 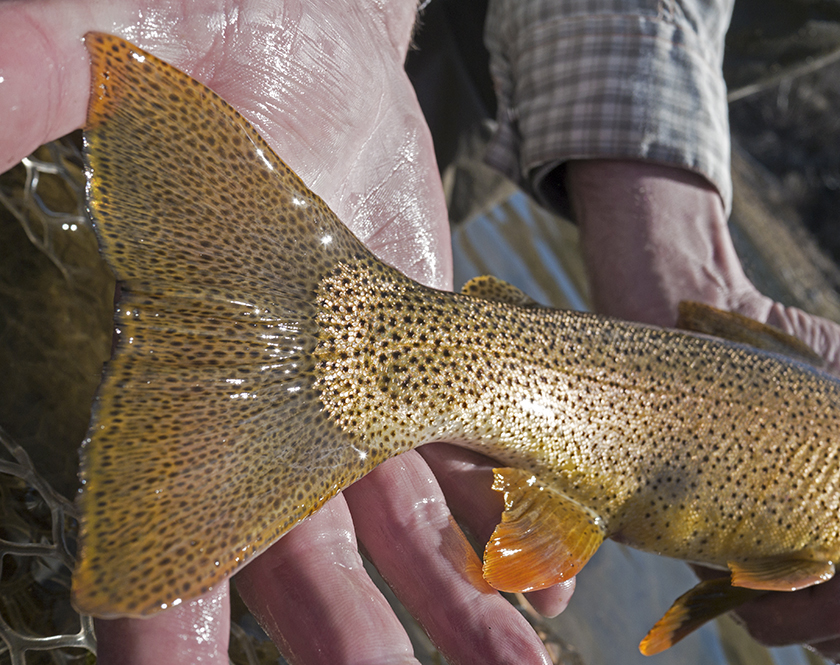 This cutthroat had a huge tail and incredible spots.

All three of us tied on some form of what had worked well before, but it was tough fishing for the first few hours. As on the previous two days, with even a bit of wind, I really enjoyed swinging the Recon. Casting into the wind and mending line is extremely easy, and quick the rod was quick to react. 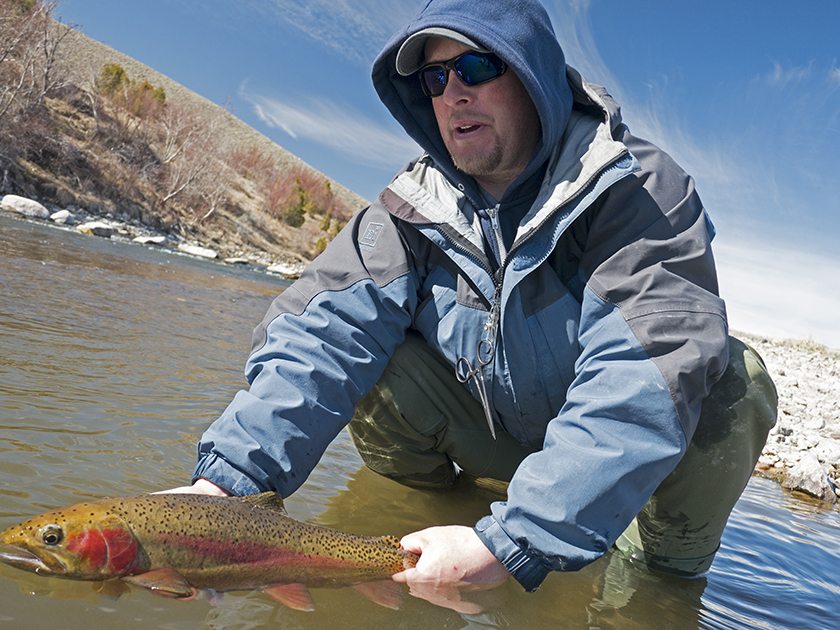 Dennis landed this big rainbow on a midge pattern.

Finally, around 11 o’clock, the water warmed up enough and the trout started feeding. Just in time for Jim and Paul to meet up with us and start catching fish. On this day, red midges were the key until around 1:30, when a hatch started and the fish were popping the surface all over the place. Paul threw on a small dry fly and shortly he was reeling in a really nice rainbow. After catching up with Tom, Mike and Matt for a couple of hours, it was time to pack it in and start the journey home. 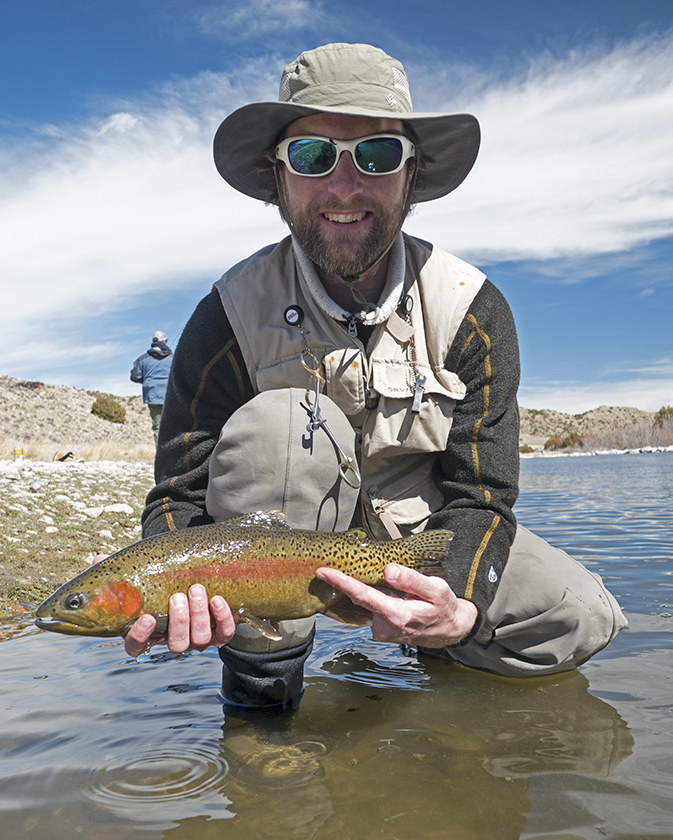 Paul’s decision to put on a dry fly paid off with this fine trout.

I am ashamed that I have lived in Denver for twelve years and have never been to Wyoming until now. It was an amazing trip, full of great fishing with great friends and a ton of laughs. I’ll definitely be heading back up there on an annual basis now! 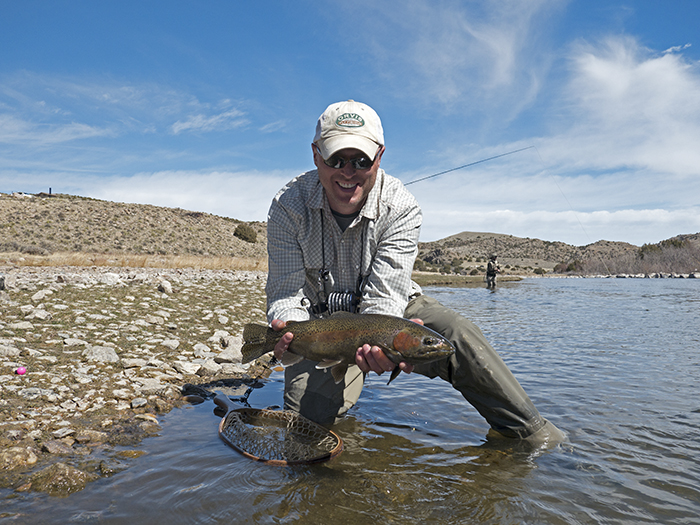 The author is sure to return to Wyoming much more frequently, now that he sees what the state has to offer.