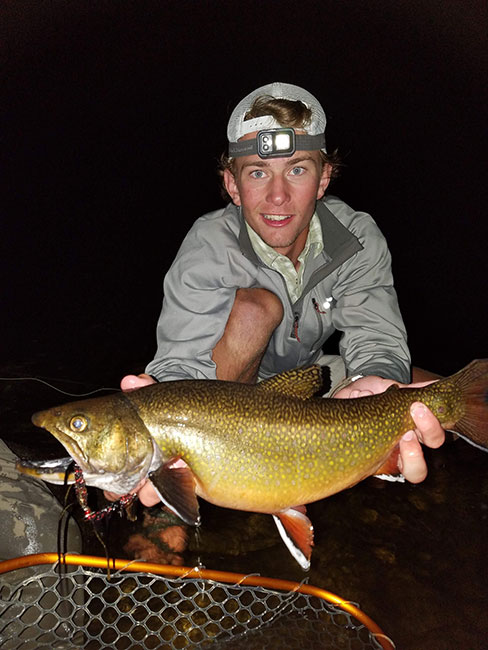 When Will Yantis signed up for the 2018 Maine Teen Fly-Fishing Expedition (his fourth trip with us), he had one thing on his mind: redemption for the brook trout of a lifetime he had lost on the same trip in 2016.

The 14-day expedition covers some of the best rivers in Maine. By the time we reached the Rapid River for our final two days, Will had landed plenty of really nice fish, but he was still searching for that once in a lifetime Maine brookie. At dusk on the final day, after two days of catching some beautiful brook trout and landlocked salmon, I told will to reel it up. But Will was not ready to give up on his goal. After some pleading, he was given one more hour to make it happen. On literally his last cast in Maine for the entire trip, Will’s perseverance was rewarded with the brookie of a lifetime.

Will Lillard operates Lillard Fly Fishing Expeditions based in North Carolina and Colorado.

4 thoughts on “Photo: Last-Cast Brookie of a Lifetime”