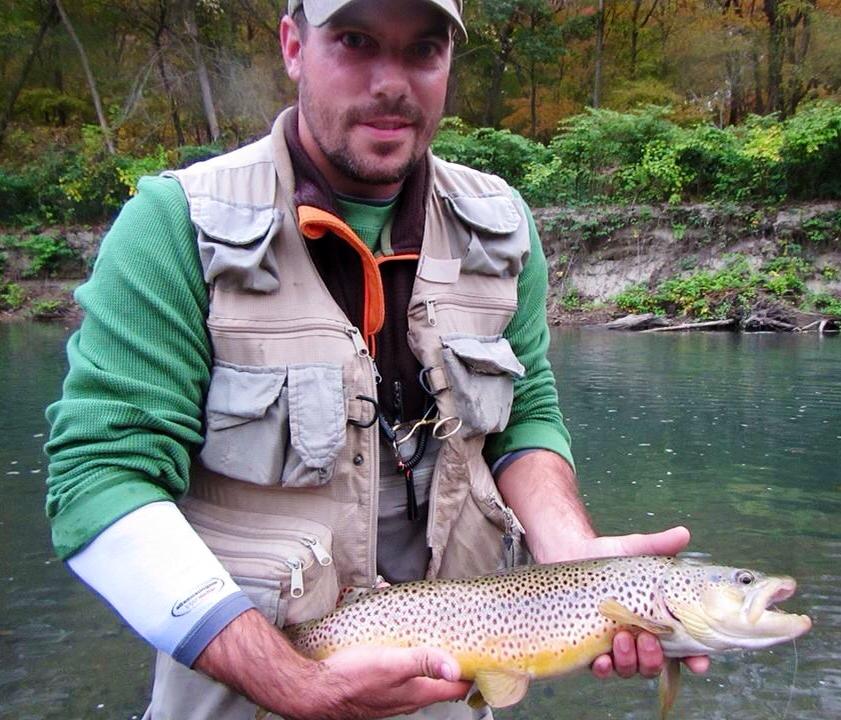 Doug Robidoux shows off his late-season White River brown trout, which fell for a Soft Hackle.
Photo by Brian Burkholder

[Editor’s note: We love it when readers send in their photos and the stories behind them. We dig it just a little more when the fish is from our own backyard.]

I’ve been prodding my buddy, Doug Robidoux, to submit this photo of the brown trout he caught recently, and he’s finally agreed that I could submit it for him.

We went out on October 4th looking for brown trout that had come up the main stem of the White River from the Connecticut River, which forms the border between Vermont and New Hampshire. I was fishing an orange and yellow Marabou Muddler, and Doug was casting a size 14 Orange and Partridge Soft Hackle. As he made a cast to the far bank and began slowly stripping the Soft Hackle back, he noticed a wake following his fly.

This sweet brown struck, and Doug battled it for nearly ten minutes before I was able to net it for him. A couple of quick pictures later, and the gorgeous trout safely swam back to his hiding place. To say that Doug was stoked would be an understatement, and I was pretty happy too.

9 thoughts on “Photo of the Day: A Late Season Brown Trout to Remember”