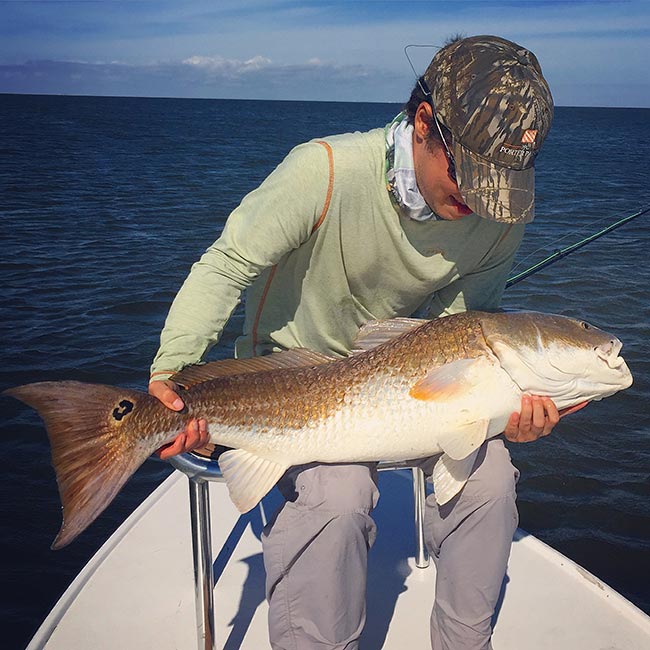 This redfish was landed on December 11th during a trip out to the South Louisiana marsh. We were fishing in two feet of water while poling along the edge of the grass, attempting to take cover from the 20 mph wind. My friend, Barret Bertucci, was on the poling platform and spotted the fish as it swam from behind the boat, hugging the bottom.

I laid out a 20-foot cast and let the fly sink to the bottom in front of the cruising fish. The fly was my Sandbar Mullet, a baitfish fly tied in purple/chartreuse on a 1/0 hook. When I saw the fish react to the fly, I made a long, slow strip. The fish followed, so I again let the fly sink as the redfish came and ate. The beast was the big fish of the day at about 25 pounds.

Nick Vlahos runs Sandbar Flies. and is a new Orvis signature tier for 2016.

One thought on “Photo of the Day: A Louisiana Handful”