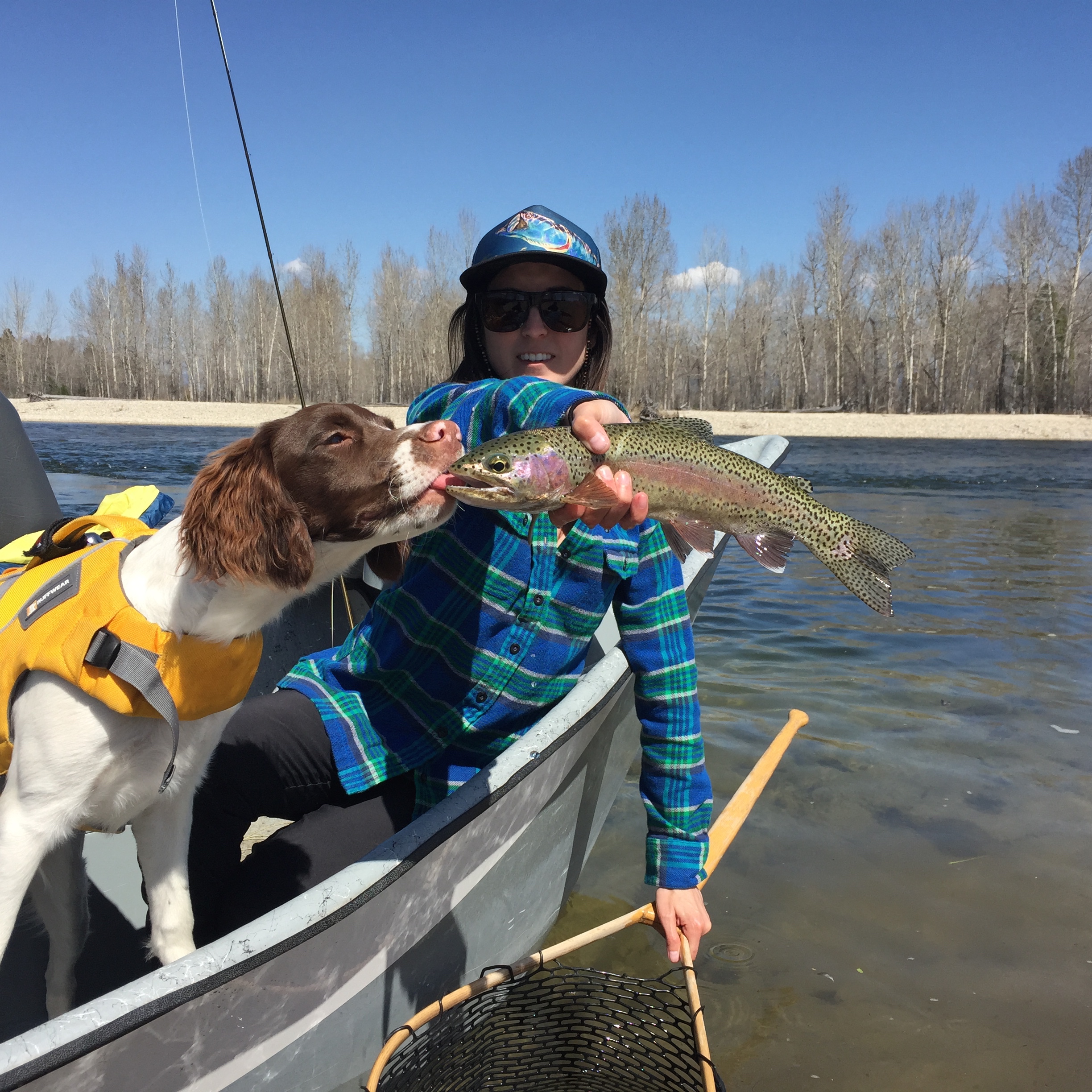 Being a boat dog is hard work. You’ve got to keep from getting tangled in line, you’ve got to avoid jumping up on an open fly box, and you never even get to cast. Every time you meet a nice-looking trout, there it was. . .gone. We’ve been training our six-month-old Springer Spaniel, Gus, on the rivers of western Montana these past few weeks, and we’ve had some spectacular fishing. But poor Gus has had his heart broken time and again. For Gus, practicing catch and release is a labor in love. We try to tell him, “If you love something let it go,” but he’s not having it.

On a recent float during the week of the Orvis Guide Rendezvous, we had perfect spring weather, fish willing to take dry flies, gray-drake hatches, and lots of lost loves for our young boat dog. This photo of Gus in action was recently featured on the Flyfishing Flygirls Instagram feed. For poor Gus, it might be one he keeps folded up and tucked into his life vest until they meet again. I’m telling you, life is tough out there for a boat dog.

Dylan Tucker is a fly-fishing guide based in Missoula, Montana.

2 thoughts on “Photo of the Day: Gus the Trout-Loving Dog”