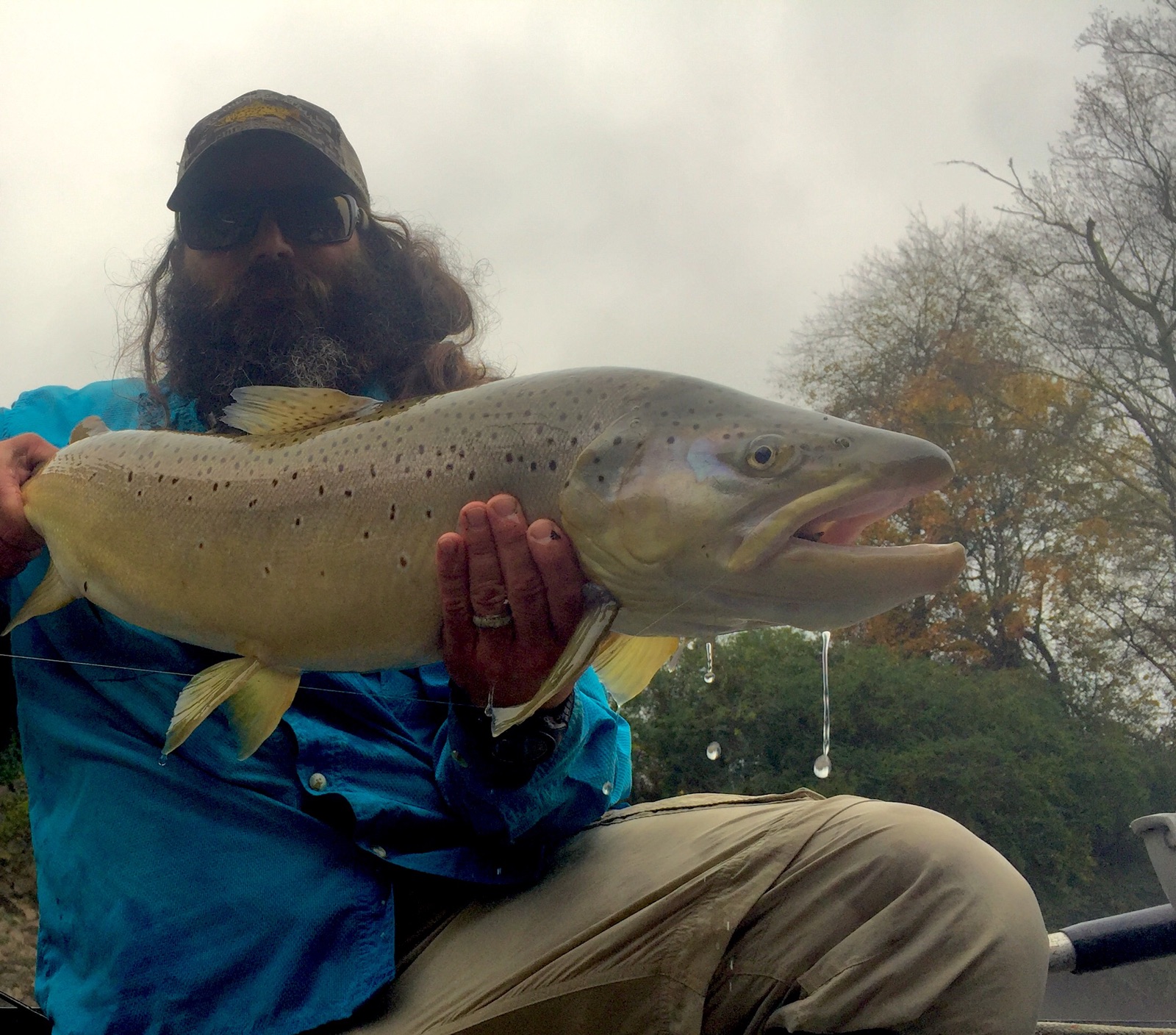 John McCloskey of River Through Atlanta landed this monster on Georgia’s Chatthoochee River on Wednesday.
Photo by John McCloskey

When you think of fly-fishing in Georgia, you might think of wild mountain brook trout, freshwater stripers, or even some of the big rainbows and browns from one of a few pay-to-play streams. But when I opened the email that contained the photo above, I was astonished that such a beast was swimming free in a river just outside a major metropolitan area in the Peach State, of all places.

John McCloskey‘s fish taped out at 35 inches, and the girth-and-length calculation suggest that the brown weighed between 22 and 24 pounds! That would have been a state record, but we’ll never know: McCloskey quickly landed, measured, and released the fish, which swam off in great shape. You gotta love a guy who practices catch-and-release in that situation.

3 thoughts on “Photo of the Day: Humongous Hooch Brown Trout”