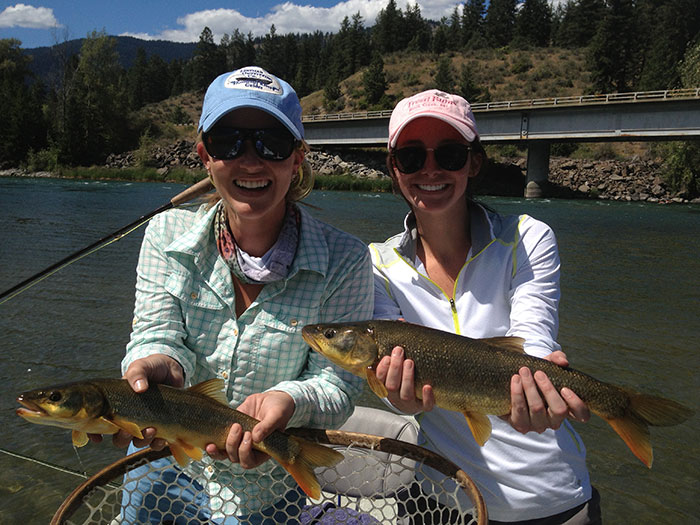 Lovers of native fish might appreciate these oddballs from the Kootenai, even if they aren’t trout.
Photo by Tim Linehan

Tim Linehan—owner of Linehan Outfitting Co. and former Trout Bum of the Week—sent in this great photo from his home waters in northwestern Montana, along with a note: “Check out Mary Griffin from Orvis Charlotte with her buddy and a double on native Kootenai northern pikeminnows.”

The northern pikeminnow was formerly called the “squawfish,” but the American Fisheries Society changed the name in 1999 at the request of the Columbia River Intertribal Fish Commission, which argued that “northern pikeminnow is a name descriptive of the fish instead of a name that is a slur against Indian women.” In Washington and Oregon, there is a bounty on the species because of their predation on fragile salmon stocks. Last year, the top angler in the bounty program caught 12, 053 fish, which earned him an incredible $100,453!