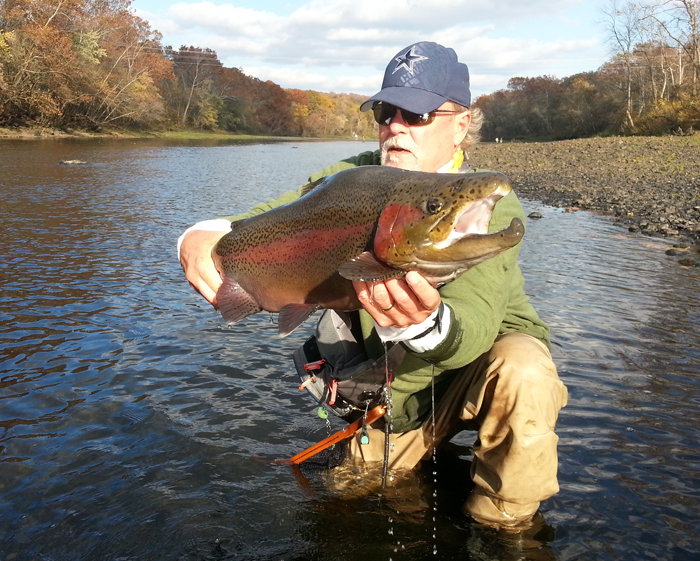 Angler Mark Clemishire sent us these photos today of a monstrous rainbow trout he caught on Missouri’s Lake Taneycomo tailwater last Saturday. Clemishire, who hails from Skiatook, Oklahoma, was fishing with guide Brett Rader when they spotted a huge fish cruising in just two feet of water. Clemishire got in about a dozen casts before the fish spooked, but all was not lost: the huge rainbow reappeared downstream. This time, Clemishire was on his game, and using a size 18 Black Soft-Shelled Scud and a 6X tippet, he hooked the beast on the third cast.

When the fish finally came to the net, they couldn’t believe its size: 31 inches long, with a 23-inch girth. Clemishire says that he was so concerned about the fish’s health that its possible record status didn’t even occur to him until after the successful release. No matter what weight-calculating formula you use, those measurements put the fish into the 20-pound range, which could have crushed the current Missouri record, which is 18 pounds, 1 ounce.

When I talked to Clemishire on the phone, however, he wasn’t too bummed about missing out on the record. He was still basking in the awe that he’d felt as he’d lifted that beauty from the net. 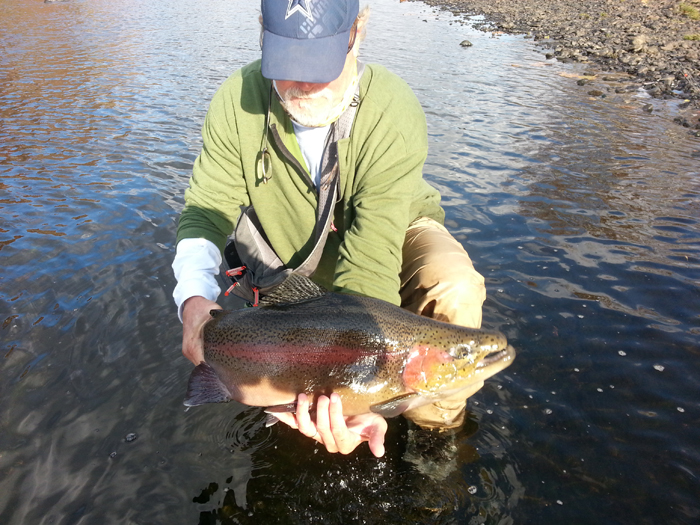 The monster rainbow was released alive and well, and we may see it again if another angler can tempt it.
Photo courtesy Mark Clemishire 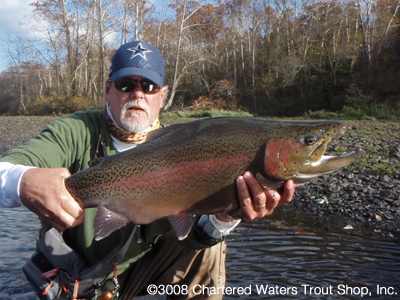 Just look at how tall the trout is at the shoulders!
Photo by Brett Rader

12 thoughts on “Photo of the Day: Possibly the Biggest Rainbow Trout Ever Caught in Missouri”