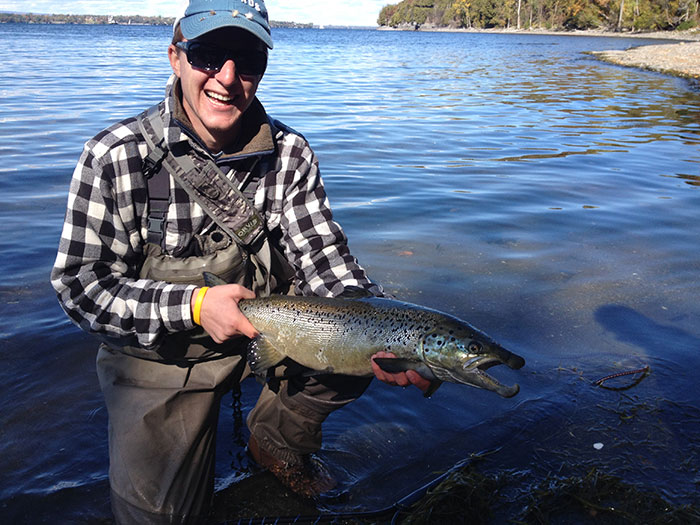 After a long dry spell, the Saint Michael’s College Fly Fishing Club finally got into some gorgeous fish.  Just to think, we almost went to a different spot.

It all started with an email to all club members: “Do you want to go fishing or learn to fly fish? Come out this Saturday.” With that email and several interested members, our Saturday afternoon was booked. Somewhere along the process, we decided to try a new spot and see if the salmon were running. . .and, oh boy, were they. Upon arrival, we could see countless fish jumping, the type of fish where you get half way to the water carrying a 5weight and turn back to get an 8. 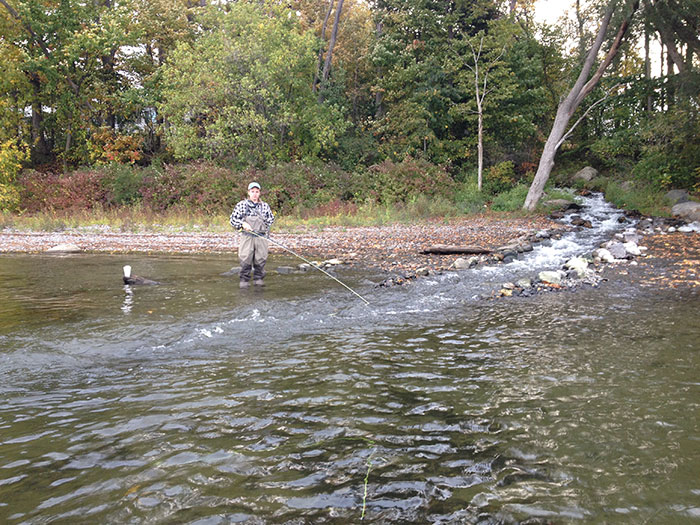 The secret to success was a tiny creek that was clearly delivering food to the big fish.

The fishing started really slowly, and in the rain and wind we all started to get discouraged. We tried everything from homebrew pink streamers to Woolly Buggers, but the salmon would not bite. Finally, after an hour in the rain, we decided to try nymphing by the only little creek flowing into the bay. And by little, I mean eight inches deep and two feet across. I threw on an Orvis Steelhead Hammer, and on my second drift hooked into a monster. His initial run—tail-dancing as he frantically swam out to the depths of open water—took me straight into the backing. Finally after five minutes, the fish was within our grasp. And then the unthinkable happened, the sound every fisherman knows all to well: Pop. And just like that he was gone. 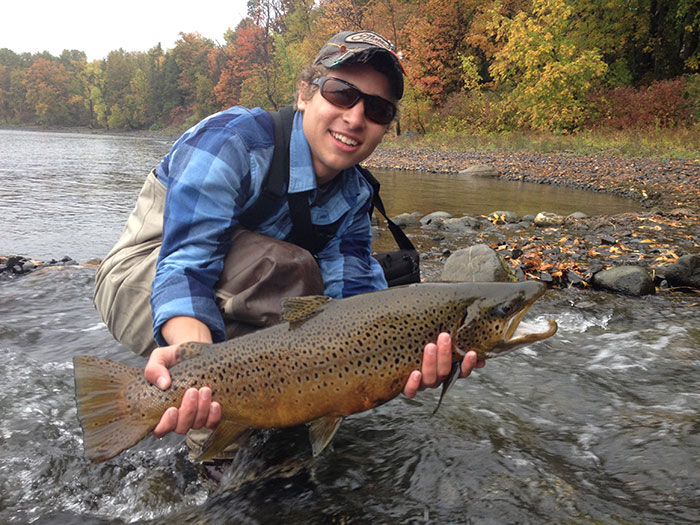 A stunning brown trout rounded out a weekend of big salmonids.

Despite losing a great fish, we all found inspiration. During the following hour or so, we hooked into a dozen or so fish, but only brought four to net. After a few hours of rain and wind, we decided the next fish would be the ending point. Fishing with a 4-weight, one of the members of the club hooked into a monster brown that put up an epic battle.

Having so much fun the first day, we decided to go back on Sunday morning. This was an uphill battle for me, but I had the salmon bug bad.  Probably the biggest task of the weekend was getting a group of college students to wake up at 5:30 on a Sunday to go fishing.  After using Dunkin’ Donuts as bait, we all piled into the truck and left in the quiet of the early morning. 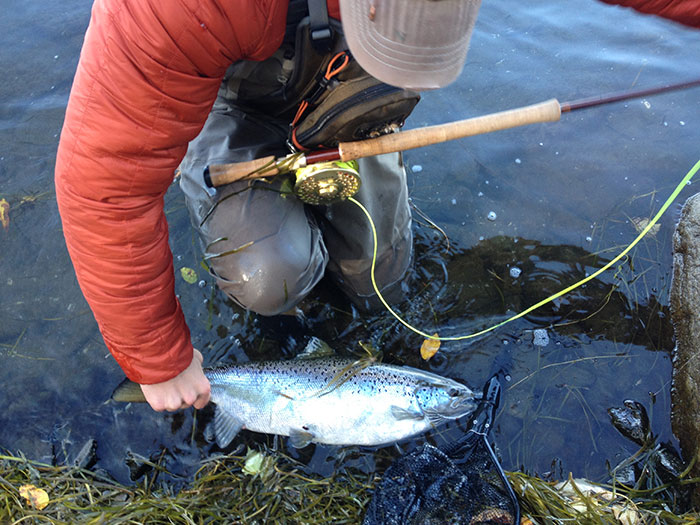 This fat landlocked-salmon hen put a serious bend in the switch rod.

Quickly falling back into Saturday’s tactics, we all decided to nymph or throw egg patterns. These tactics soon brought two salmon and one magnificent steelhead to the net.  The weekend was truly amazing: from monster browns to big hook-jawed salmon, with a Steelhead in between.  Safe to say, we found a spot that is exciting and gives beginners the best chance of catching a fish of a lifetime.

Brian Vargo is a student at St. Michael’s College in Burlington, Vermont, who spends vacations working at Orvis. 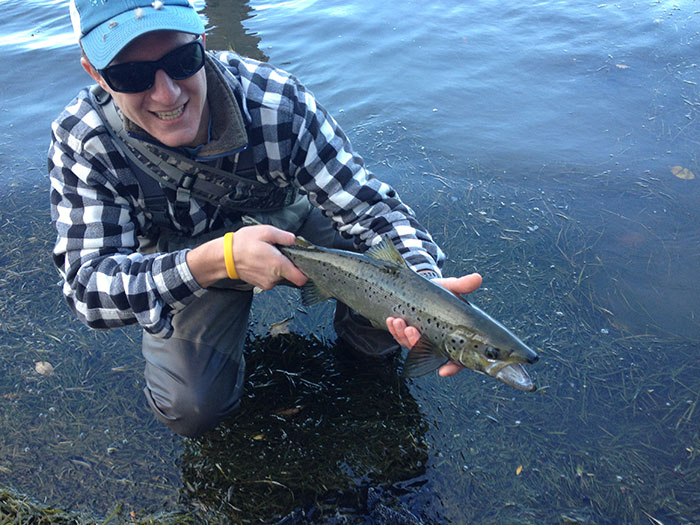 This is the kind of fish that can get college kids to wake up early on a Sunday.

One thought on “Photos: A College Fly-Fishing Club Discovers the Fall Run”