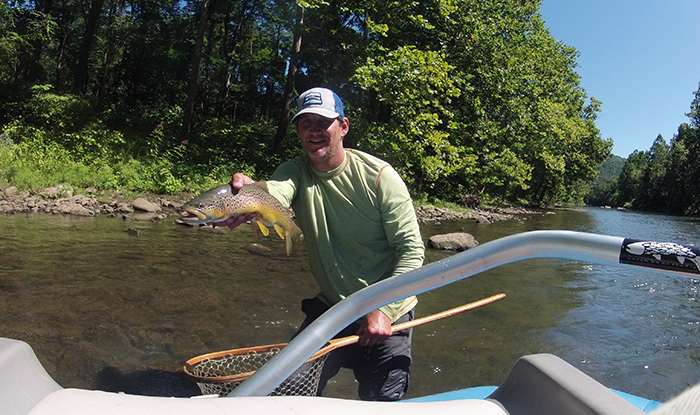 The fishing was spectacular during late August here in Western Maryland. The paper mill was still not releasing any effluent, and the fish were on a feeding streak with their newly acquired visibility. Not to mention that the other four guides who operate out here all went on vacation, so it was all mine. I had to float the North Branch of the Potomac all by my lonesome self one day and caught dozens of 12- to 17-inch rainbows and browns, as well as one brookie. 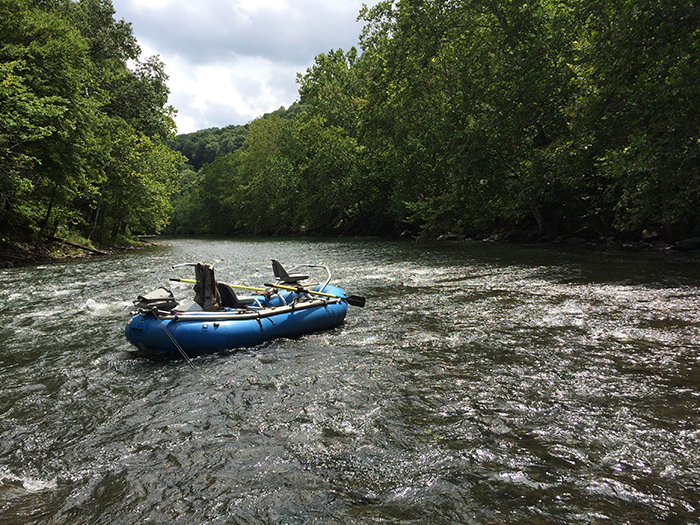 How is it possible that no one else wanted to go?

The big fish of the day didn’t quite go 20 inches but was a heavy, gorgeous brown. I didn’t even get to fish lots of the good water, as I had to row myself down the river. Can you believe I couldn’t get a friend in the boat with me? 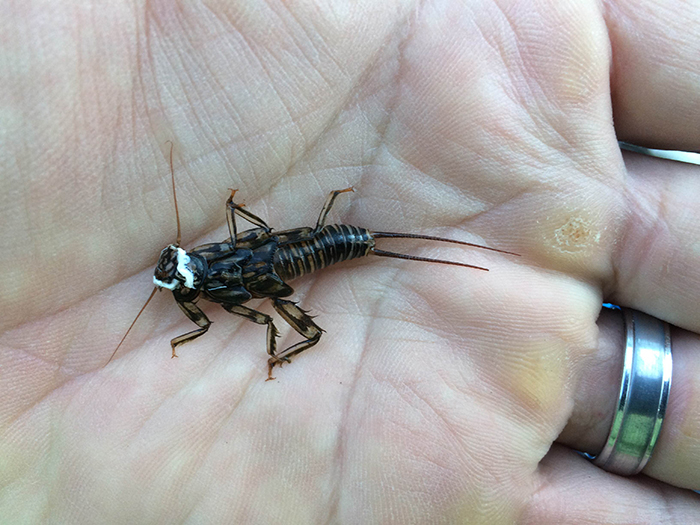 Here’s one indication of why the Copper John fished deep was working so well.

A hopper/dropper rig worked great in the morning, but once the sun got on the water, a double nymph rig hammered the fish in the deeper faster runs. I used a large tungsten Copper John as my dropper to get the flies into the strike zone rapidly. A few fish ate streamers as well, but most of them seemed to want the nymphs.

It should be a great fall season with good flows and some great fishing!

Former Trout Bum of the Week PJ Daley runs Savage River Angler in western Maryland, where fishes all the region’s famous rivers–the Youghiogheny, the Savage, the Castleman, and the North Branch of the Potomac. He also enjoys chasing wild brook trout, rainbows, and browns on some of the smaller streams in the area…but he’s certainly not saying which ones.

3 thoughts on “Photos: A Guide’s Solo Day on the North Branch of the Potomac”