At more than 12 pounds, this bonefish was the perfect capper to an incredible four days on the water.
Photo by Meko Glinton

On July 26, Deep Water Cay guest Kevin Smith caught this 12.25-pound Bonefish, with his guide Meko Glinton, to cap off an epic four days. On the first day of his trip, Kevin had landed six bonefish up to 5 pounds, which made him very happy. Then Day Two produced eight bonefish, including two 9-pounders. On Day Three, he caught just two fish, but they were 7 and 9 pounds respectively. And then, on his final day on the water, Kevin landed nine bones, including the monster. 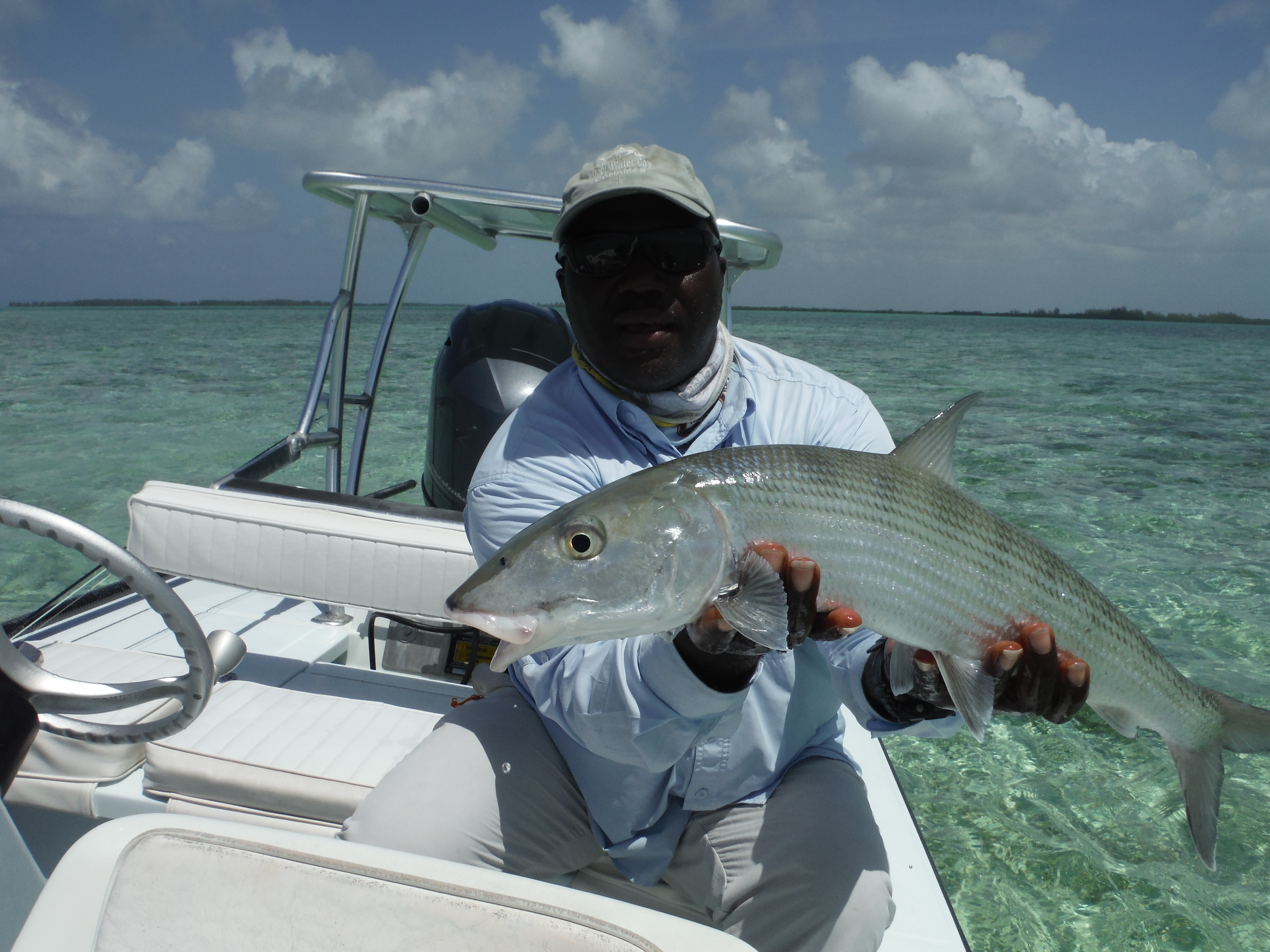 Guide Meko Glinton gets in on the action. . .
Photo by Kevin Smith

One thought on “Photos: A Monster Bonefish from Deep Water Cay”