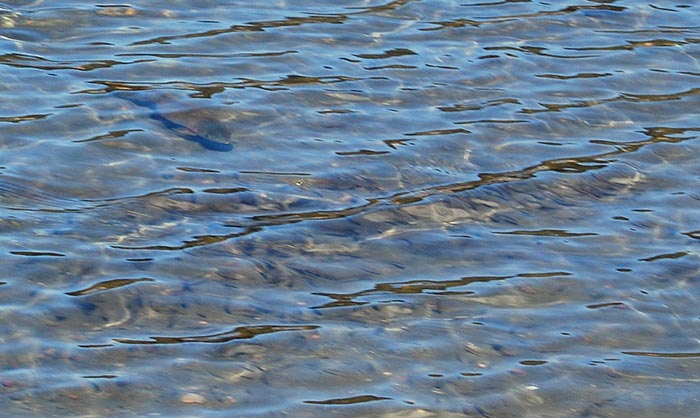 When recently visiting Vermejo Park Ranch, an Orvis Endorsed Lodge in Northern New Mexico, I got the chance to fish one of their twenty-one lakes. Fishing with head guide James Reidy and Orvis Senior Regional Business Manager Mike Clough, I had been targeting fish across a large, white sandy flat during a Callibaetis hatch (which in itself was awesome) when I decided to check out the shoreline where a couple trees had fallen into the water. 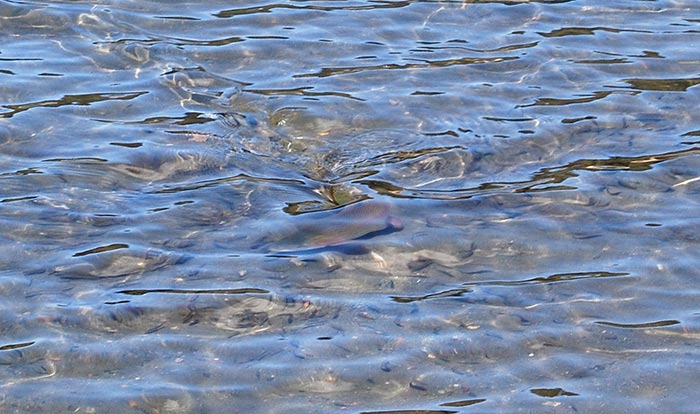 The trout charges into the center of the school, focused on one unlucky baitfish. . .

As I slowly approached the downed logs, I could see a sizable school of fathead minnows pushing out from the edge of the shoreline—literally 300 to 400 minnows in about two or three inches of water. As they eased into deeper water, two large rainbows appeared, clearly focused on the large school. As I stood watching, the two rainbows moved toward the now frozen school. At three feet out from the school, both rainbows charged the school in perfect unison, singling out their prey and causing the school to scatter. After picking off what they could, the rainbows disappeared into the deeper water, only to come back once the school formed again and repeat the same Killer Whale-like carnage. 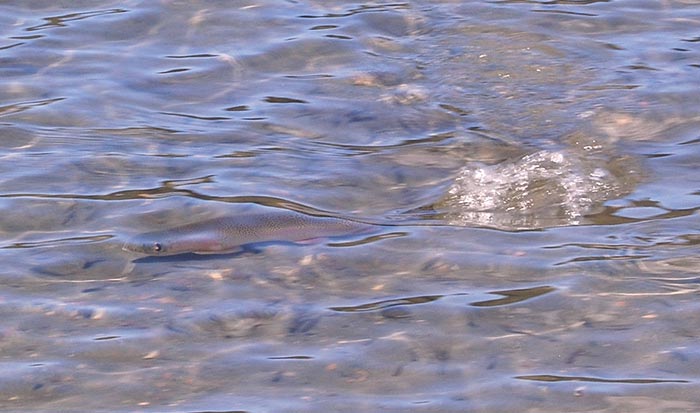 and then makes its escape back to deeper water.

This happened five or six times over the course of a couple minutes. It was awesome! By the time I got my camera off my shoulder, the school was considerably smaller in size, and only one of the rainbows was still performing the minnow-slaying circuit. These aren’t the best quality shots, but they shots give you the idea of how ferocious these attacks were. Ot’s not something I will soon forget.

One thought on “Photos: A Savage Rainbow Strike on a School of Minnows”