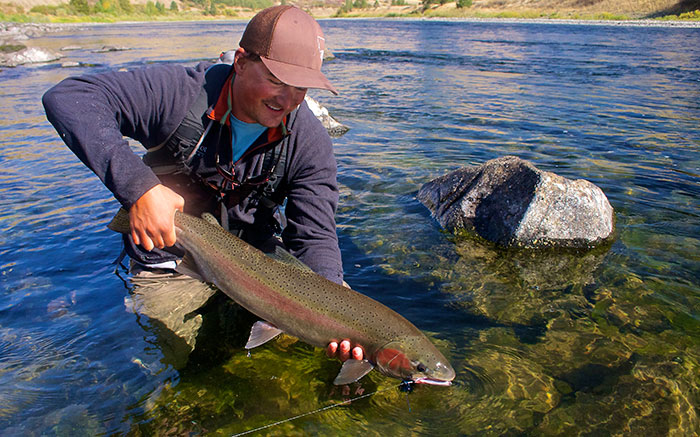 Big Hole Lodge had an awesome season with Dad working overtime while I was away studying for the bar. He hasn’t fished with his brother in years, and the three of us haven’t fished together in eight years, so we planned a steelhead trip for the close of the lodge season. Dad towed his airstream, and I towed the boat and met him in Riggins, Idaho. The fish weren’t in the Salmon River yet, so we hopped over to Orofino to check out the Clearwater. Doug Best and his wife had a tough weekend the week before, but we were hoping for a change in the weather.

Six exhausting days in, we were still fishless. I’m new to the Spey-fishing game, but I just got an Orvis Clearwater Spey and have been practicing the various casts without even considering catching a fish. After banking on our last morning and coming up empty, we went to the Red Shed Fly Shop to talk to Poppy Cummings and find out what we were missing. Poppy said the fish were in there and to “keep gambling.” 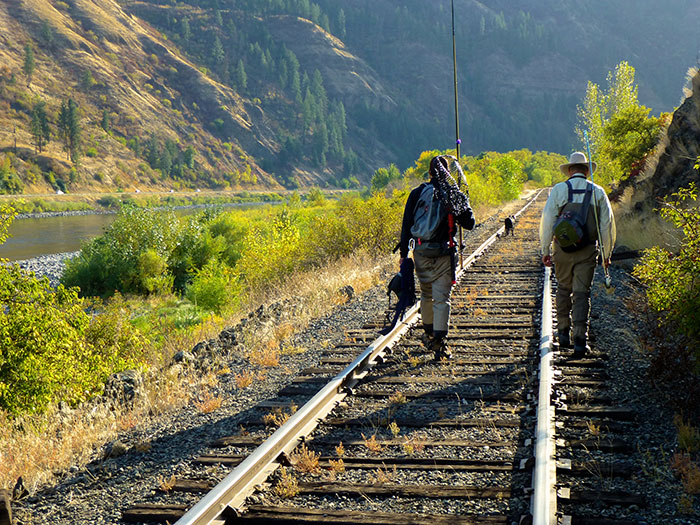 Lots of fruitless casting and walking led up to the big event.

We found a good run in the heat of the day and planned to wait til the sun went down. I couldn’t resist casting and put on a fly my father tied for this trip. He fired up a cigar and sat on a rock on the bank to watch. The fly swung into the shallows above a riffle and stopped short. I thought I must have caught a rock, but as I raised the tip, the bank exploded. I set the hook to the bank and watched in horror as my reel peeled into the backing. Three runs and reels-full later, my father netted this wild B-run steelie, and we walked back to his Airstream for a scotch. Love the Clearwater Spey and can’t wait to get back on steelhead water this Fall! 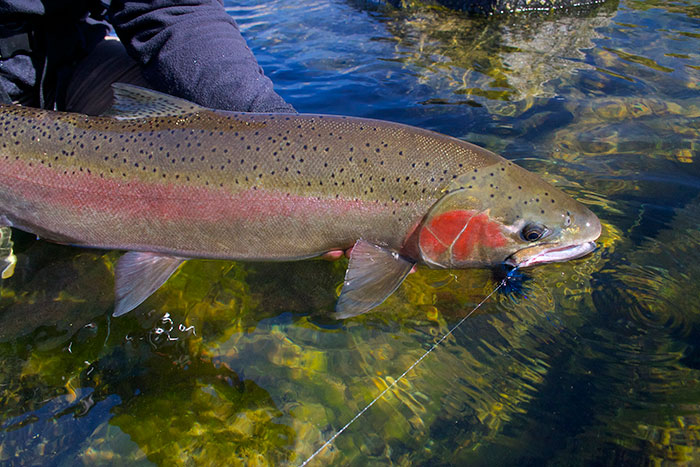 The fly that finally did the trick was tied by the author’s dad, Craig Fellin.

2 thoughts on “Photos: A Trip and a Steelhead That Were a Long Time Coming”