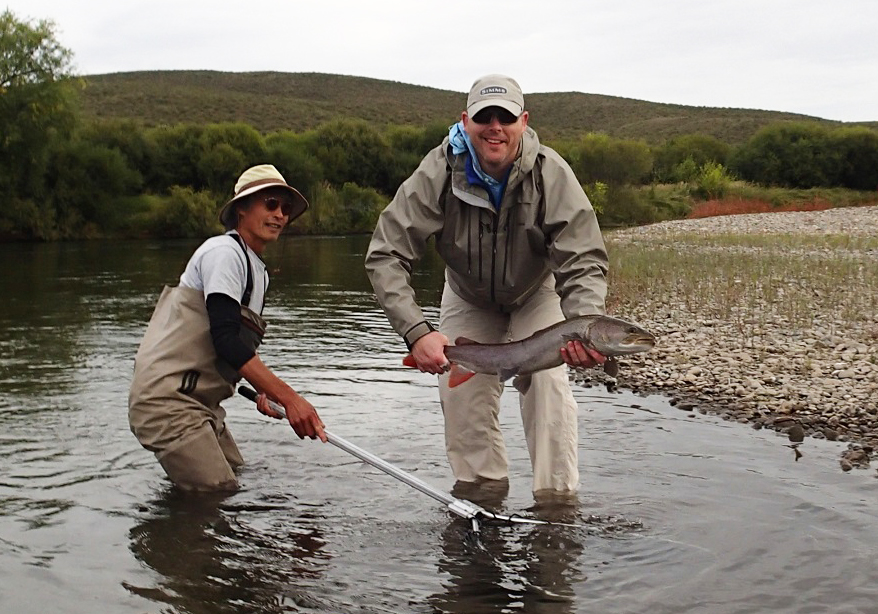 [Editor’s note: Alex Gray recently enjoyed an excursion down an unnamed Mongolian river with Mongolia River Outfitters–chasing taimen, amur trout, and lenok, with even a few amur pike thrown in–and sent in this trip report. As a conservation-oriented operation, MRO chooses not to name the rivers they fish.]

When I told people where I was headed, the response was either, “Mongolia? Isn’t forty a little young to start working on the bucket list?” or something to the effect that, “Mongolia for fishing? Are you aware that the U.S. currently hosts a number of thriving sport fisheries?” I found it difficult to explain to balanced, well-adjusted people the nuanced allure which the prospect of fly-fishing for taimen presented to me: the opportunity to present a fly to fish that may have been prowling the riffles prior to my first youthful attempt at fly casting over thirty years ago. 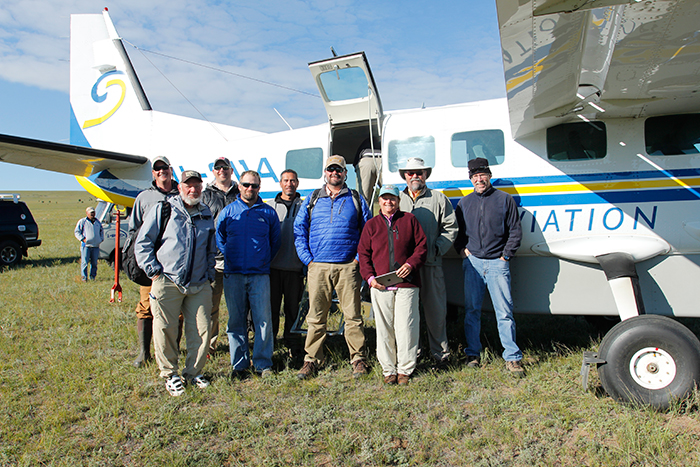 Getting in an out of Mongolia is easy by van and caravan aircraft.
Photo by MRO Staff

In my experience, taimen really don’t have a freshwater peer. Maybe it’s a stretch, but the larger taimen were more reminiscent of highlights from a National Geographic special on Orcas in both their acrobatics (some fight a hook-up with spinning leaps) and tactics (hunting in packs, “beaching” their prey). Whether these behaviors are innate or gleaned over decades of living, witnessing their complexity definitely added a new facet to their mystique.

Although angling for taimen does share certain commonalities with the pursuit of steelhead or musky, I found it more akin to streamer-fishing for big browns. All my taimen were caught in water that would hold trout back home. As the upper river was loaded with riffles, pools, tail-outs, seams, and cut-banks, a lot of casting was necessary to cover the water and the amount of action seemed directly proportional to the number of casts. 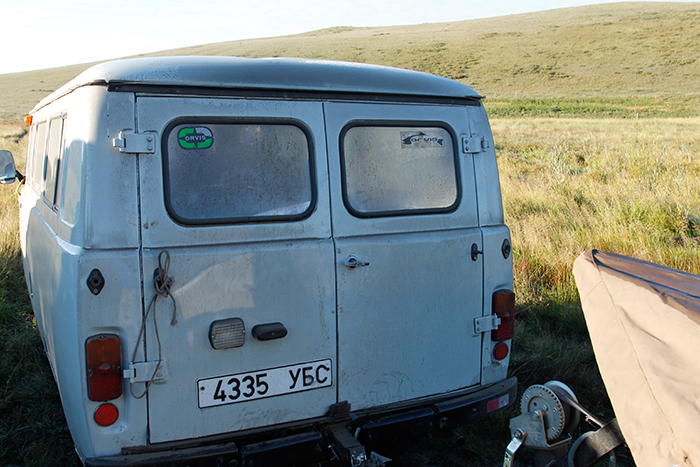 Cool stickers to see so far from home!
Photo by Jeremy Kehrein

Although taimen are obviously the sine qua non of Mongolia fly fishing, the people and operation at MRO run a close second. The guides were outstanding, and not just as guides. I won’t embarrass them by citing specifics, but I will say that the breadth of their collective professional and educational curricula vitae is almost daunting.

I was also really impressed by MRO’s “no-shuttle” philosophy, in which we progressed down river via a series of riverside camps. There is something visceral/atavistic about river journeys, which is why such journeys are a favored motif of classical literature . The bond fostered through a shared experience in the process and progress of travelling downriver develops quickly among not only guests but among guides and guests, as well. The fact that MRO chooses to utilize this format speaks volumes about their dedication to imparting a meaningful experience to their guests, as it is undoubtedly a logistical nightmare to run the operation this way, especially in the remote Mongolian backcountry.

Alex Gray is an angler/traveler who lives in Kentucky. 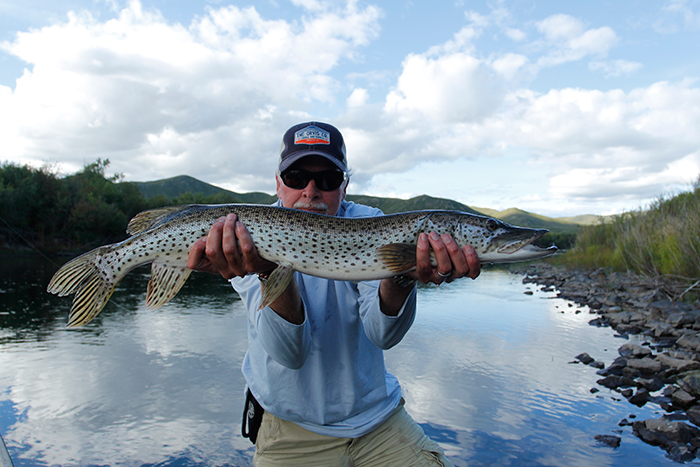 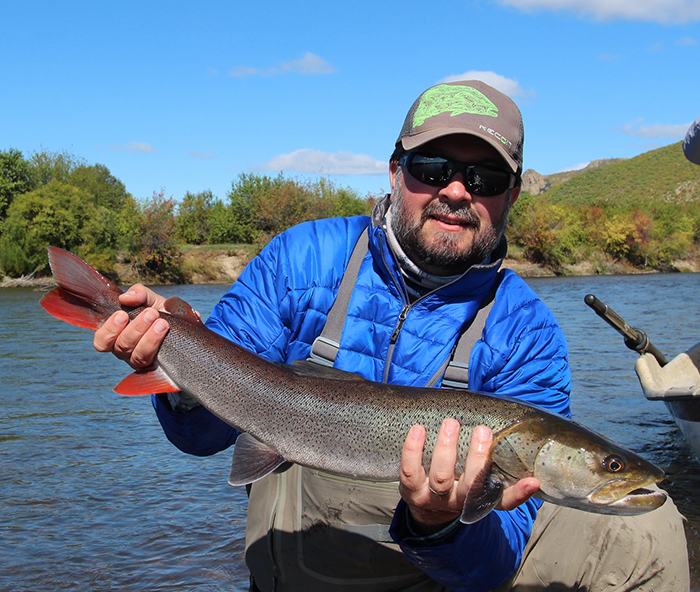 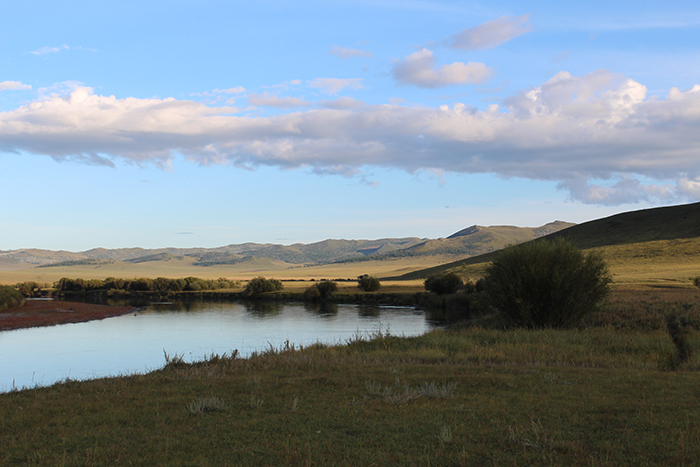 The views on the river were spectacular.
Photo by Jeremy Kehrein 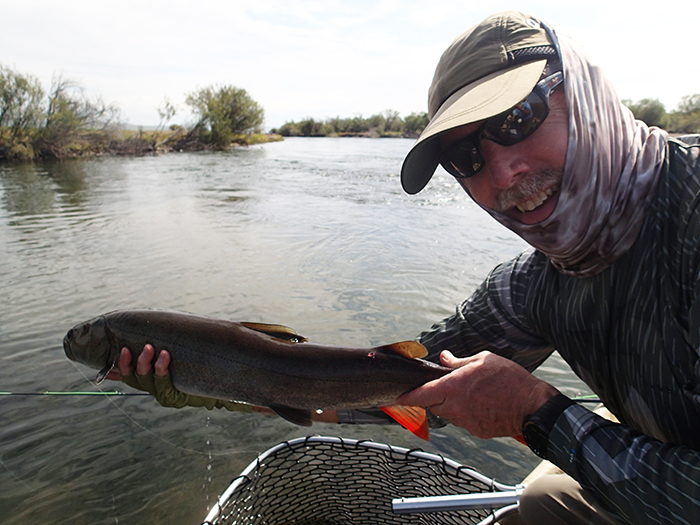 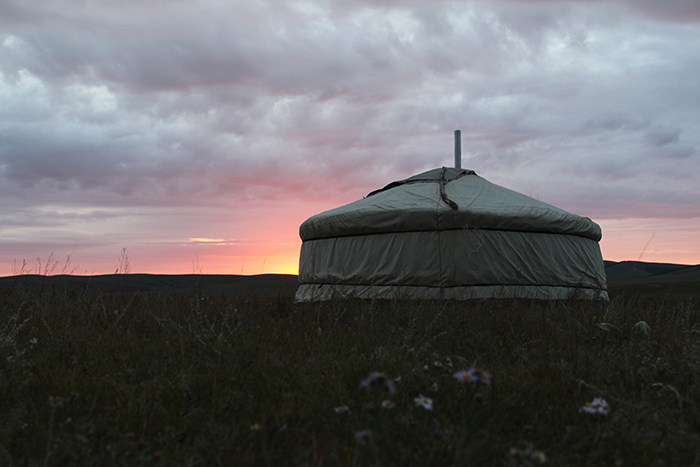 Camping in traditional yurts below gorgeous sunsets made the trip even more exotic.
Photo by Jeremy Kehrein

One thought on “Photos: An Epic Float Trip for Mongolian Taimen”