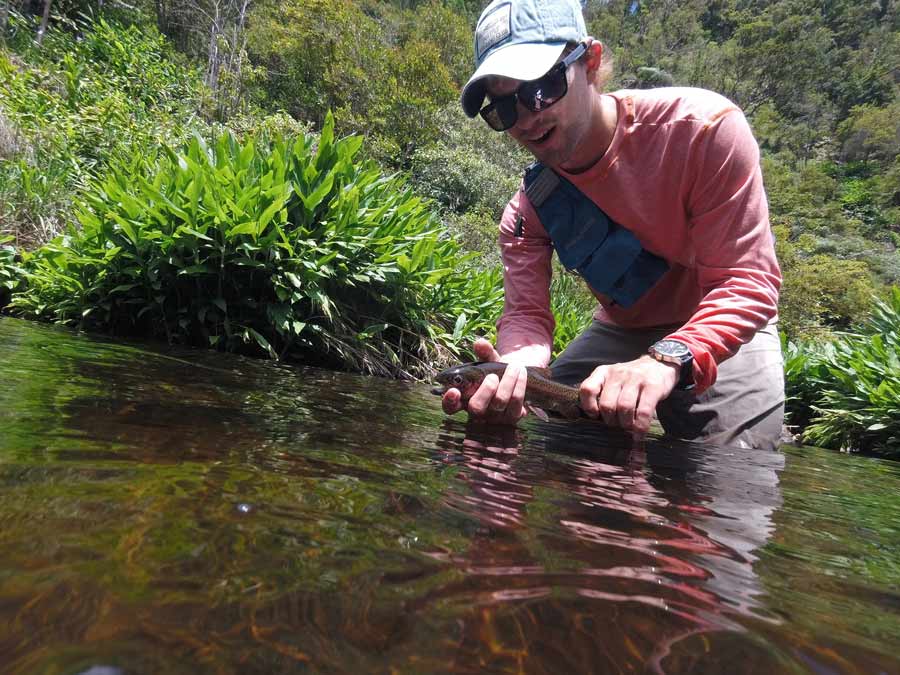 Last year, hundreds of thousands of tourists filed through the scenic lookouts over Kauai’s Waimea Canyon, also called the “Grand Canyon of the Pacific.” Few of those tourists likely realized that non-native rainbow trout call the canyon’s small streams and waterfall pools home.

Lore says rainbow trout were first stocked in Kauai’s mountain streams in the 1920s, and they eventually made it into the intra-island “ditch” system that once irrigated the island’s vast sugar plantation nearly a century ago. Today, the descendants of those early stocked trout are still found reproducing in a handful of the Garden Island’s streams.

While Kauai is by no means a fly-fishing destination and never will be, it’s the only place in the U.S. where anglers can in the same day (in theory) target bonefish off the beaches and trout in mountain streams. Last summer, I got a shot at both species (although not in one day) thanks to the state’s sole Trout Unlimited chapter, Waikahe ‘Olu, which means “cool flowing waters” in Hawaiian. The group’s treasurer, Deane Gonzalez, was gracious enough to host me for a week at his rainforest cabin located in Koke’e State Park. 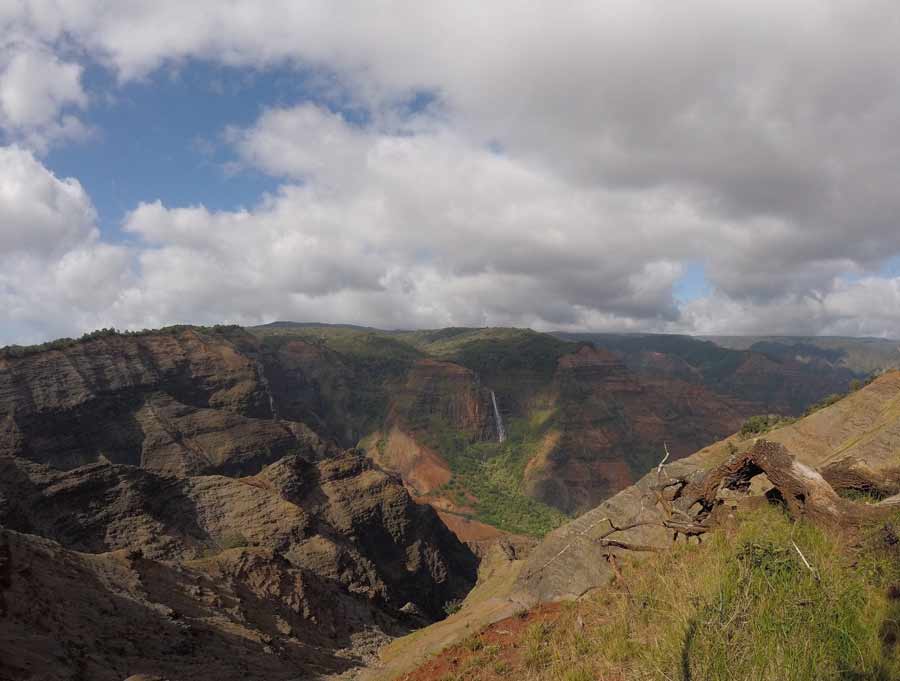 The Kauai backcountry is rugged and steep. You might need to rappel to the fishing hole.

The lucky anglers who get an opportunity to cast a line for Kauai trout are likely members of the Honolulu-based TU chapter, since most other anglers on the island don’t bat an eye at the wild trout, instead preferring to fish for the put-and-take rainbows stocked in a local reservoir. Unfortunately for fly-fishers looking to target wild fish, the state’s blanket regulations apply the same to stocked reservoir trout as they do to wild stream trout. The state’s trout season lasts a few months in the summer, and catch-and-release is prohibited.

The arduousness of getting to a fishable spot makes the fishing regulations seem even more inequitable. Gonzalez at one point rappelled us down a steep and slippery volcanic ravine following a several mile hike, just to get to one fishing hole at the bottom of a waterfall. Another day, Kauai proved to us it is indeed one of the wettest places on earth.

The journey isn’t rewarded in size, but what Kauai’s trout lack in inches they make up for in feistiness , sporting slim bellies and dark colors, with particularly pronounced coloring in the cheeks. The trout feed voraciously on most any subsurface flies. 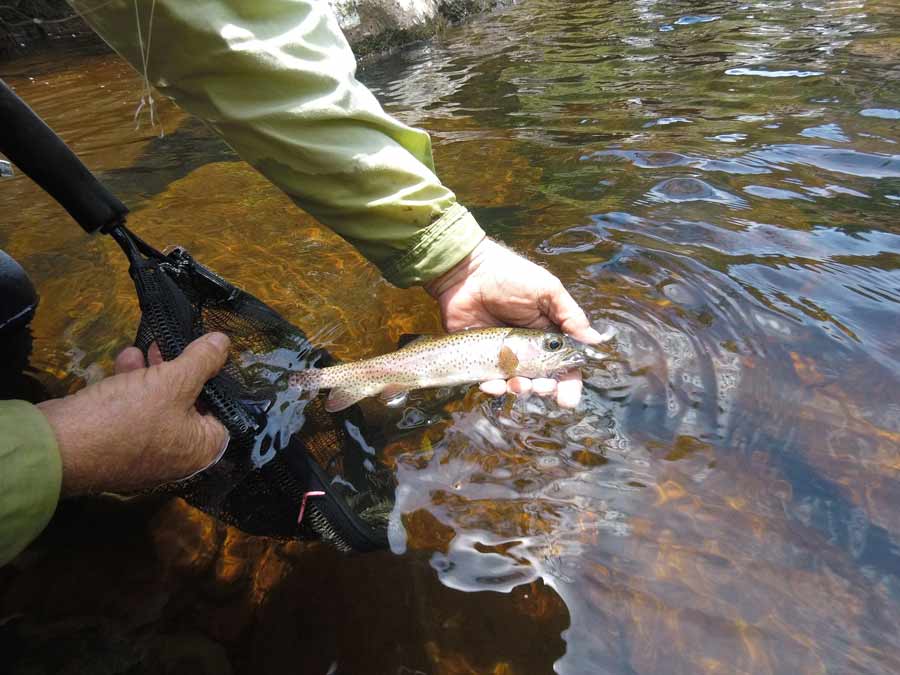 These wild fish are beautiful and put up a good fight for their diminutive size.

The difficulty accessing fishing holes thanks to the terrain is compounded by the overgrowth of invasive ginger that chokes out stream access. But thanks in part to an Embrace-A-Stream grant and fundraiser through TU and Orvis, Gonzalez and Hawaii’s chapter are focusing their efforts on rehabilitating the Koke’e Stream by removing the ginger, which will vastly improve the habitat for trout and access for anglers.

Finding such a common trout in an uncommon place speaks volumes to the resilience of Oncorhynchus mykiss. With the help of Hawaii’s Trout Unlimited, let’s hope these wild rainbow trout can thrive for another 100 years on this island in the middle of the Pacific.

Derek Draplin is a freelance writer and works in the fly shop at the Pere Marquette River Lodge, an Orvis endorsed outfitter.