Last month, Kae Brockermeyer and his 17-year-old grandson Jack attended our Belize Bonefish Bonanza at El Pescador. They enjoyed a fun rivalry, with Jack scoring first on tarpon—a 70-pounder. The very next day, Kae one-upped the boy with an 80-pounder. And one day later, Jack landed a 60-pounder, leaving the score at 2-1. They both also caught plenty of bones. Jack put together the cool video mash-up from their trip above.

BTW, there are still two more  Bonefish Bonanzas scheduled for this year, in October and November. 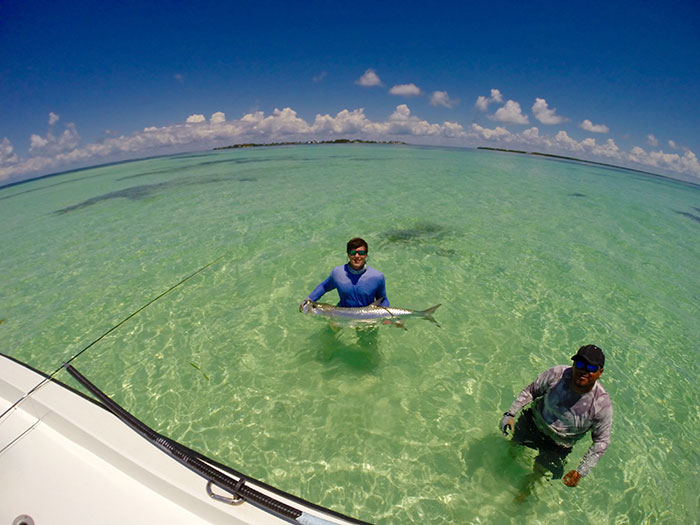 The young man got off the mark with this sweet 70-pound tarpon.
Photos courtesy Jack and Kae Brockmeyer 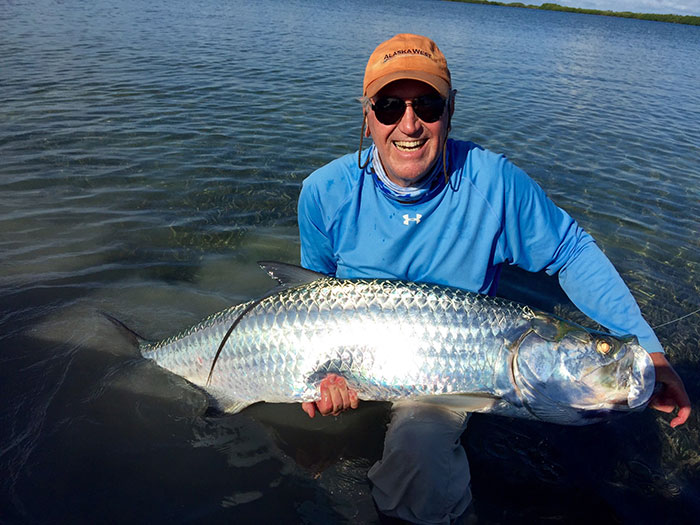 Not to be outdone, Kae responded with an even bigger fish.

But the boy wins the numbers game after all. 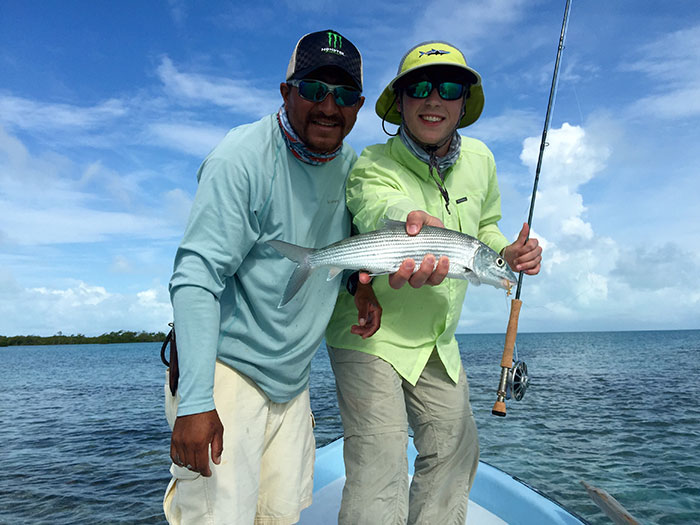 When the tarpon weren’t around, bonefish were the name of the game.