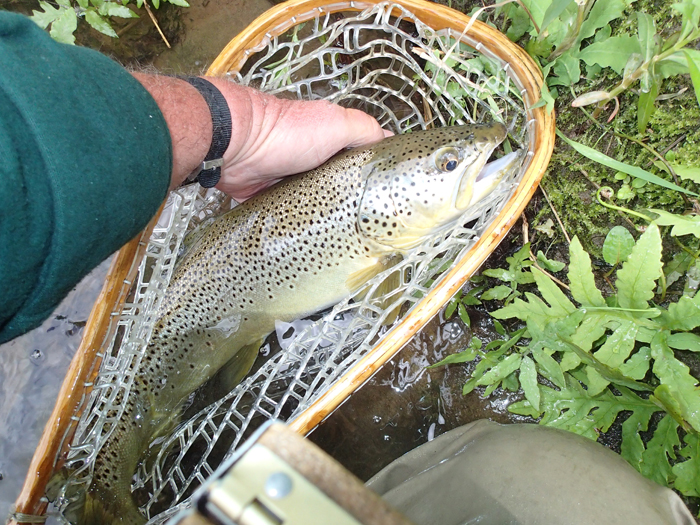 The author and his friend discovered that the Beaverkill still fishes as well as they remembered.
Photo courtesy Jerry Plaaten

My friend Bill Gunn and I are displaced Connecticut natives now bogged down in Florida. Our first love is still trout fishing, and we have been making yearly pilgrimages northward. Last year, rather than going to Pennsylvania, I suggested that we go back to the Catskills, after a twenty-year absence, and see how the Beaverkill has held up. We were not disappointed. There are still many, many large trout in the public catch-and-release water, and best of all, they surface-feed! One does have to hunt for them though. 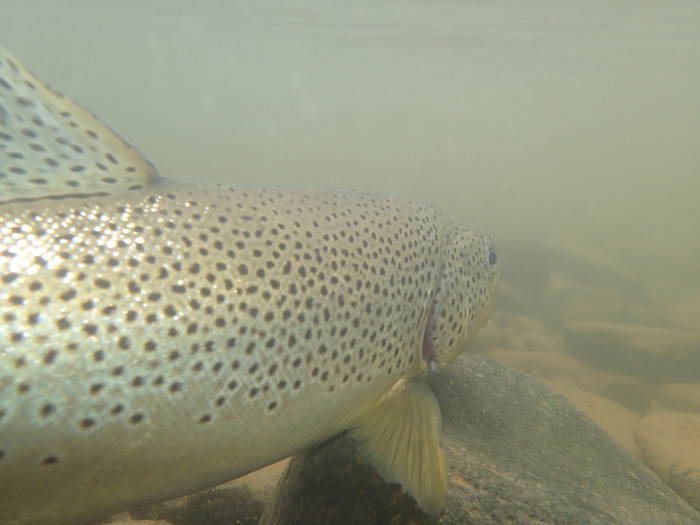 The catch-and-release section makes for some big trout.

These pictures show a nice 21-inch Beaverkill brown in the net and after release. It took a size 14 olive Klinkhamer-style emerger that I had tweaked over the past couple years. I got an even larger one but, of course, in my excitement forgot to get a photo! Oh well, next year. And, of course, all my trout were caught on my 29-year-old Orvis Western Series 9-foot 4-weight! How I love this rod.