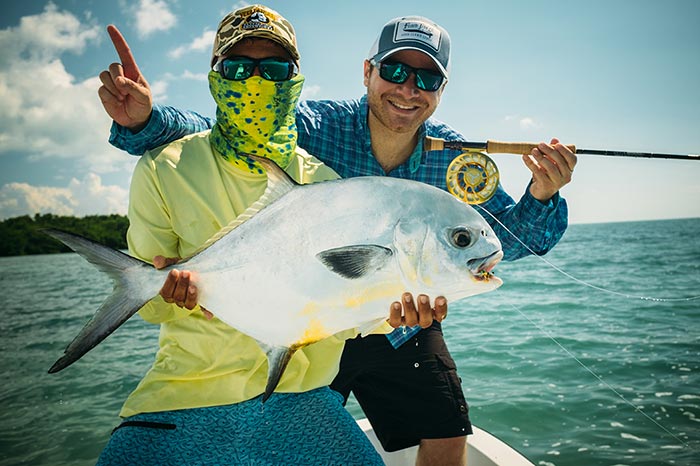 Anytime I get to head to down to Belize is special, and El Pescador is a special place, so I was excited to be there for the last Belize Bonefish Bonanza of 2016. A rain-filled cloudy start to our trip ended in a skunk, so yesterday morning, Trey Oliver, Fishing Manager of Orvis Charlotte, and I woke with higher expectations. It was our guide Gordy’s birthday, which gave us even more hope. 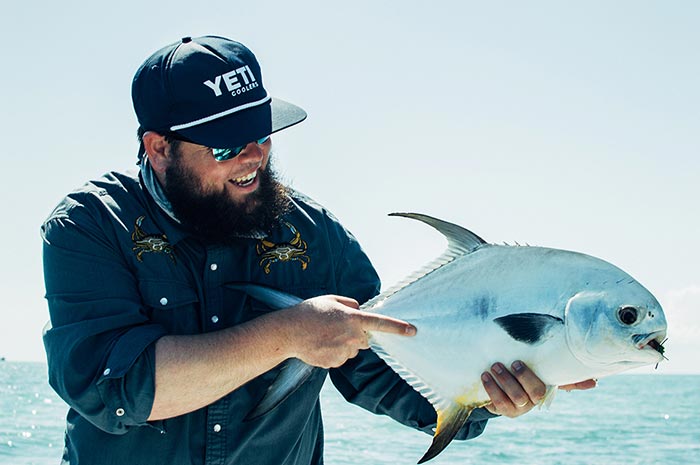 Benjamin Gossett is all smiles as he holds his very first permit.
Photo by Trey Oliver

After a fishless morning, Trey and I switched at lunch, and I was on the bow. It wasn’t long before Gordy shouted that he’d spotted a large stingray with a fish on her back. Because of the wind and dark turtle grass bottom, I couldn’t see it, though, and things on the panga started getting tense. 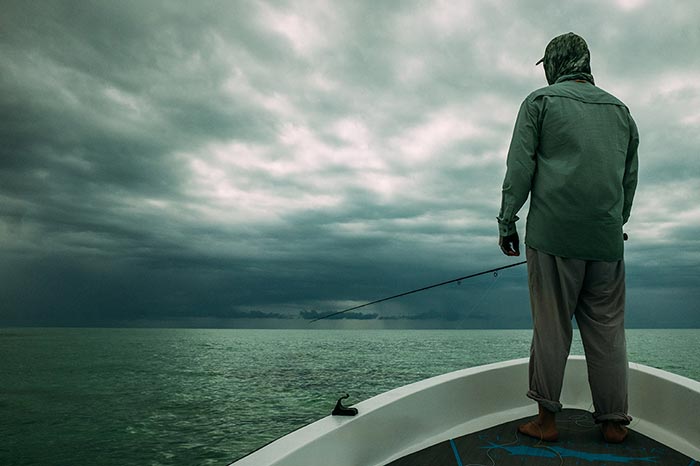 Conditions were not always optimal for sight-fishing on the flats around Ambergris Caye.
Photo by Benjamin Gossett

At 35 feet, I finally saw the ray, light and tan slowly moving across the flat. With a back-handed cast, I plopped the small Bauer Crab down just to the left of the ray, the classic black tail appeared, and the line went tight. At this moment, I wasn’t excited, though, because I was waiting for something to happen that would make me lose the fish. But after dealing with a gnarly knot in the running line and a couple of quick back-and-forth battles at the boat, my first permit was in my hands! 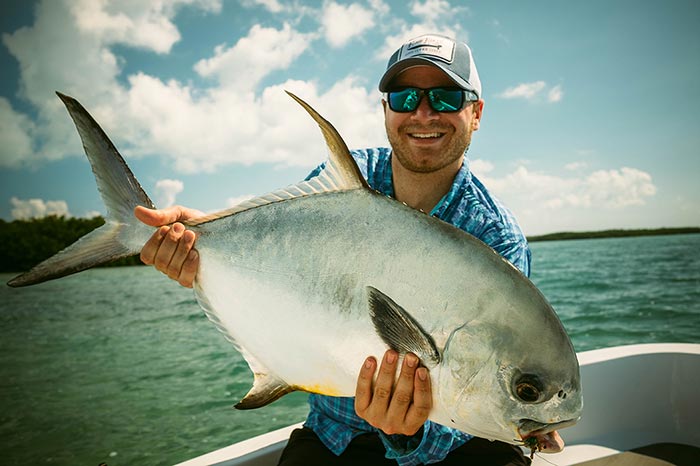 Trey’s permit was real tank, which made it even more special.
Photo by Benjamin Gossett

After the pictures, hugs, and high-fives, Trey got up on the bow. Just 10 to 15 mins later, Trey screamed “Permit!” I watched him pitch a 15-foot cast at 12 O’clock, while under my breath I was saying “Come tight” over and over. It did, and Trey was tied into his first permit. After 30 minutes and countless close calls at the bow, the fish came to hand. There were plenty more high fives and pictures, since we had celebrated the guide’s big day in style. Happy birthday, Gordy! 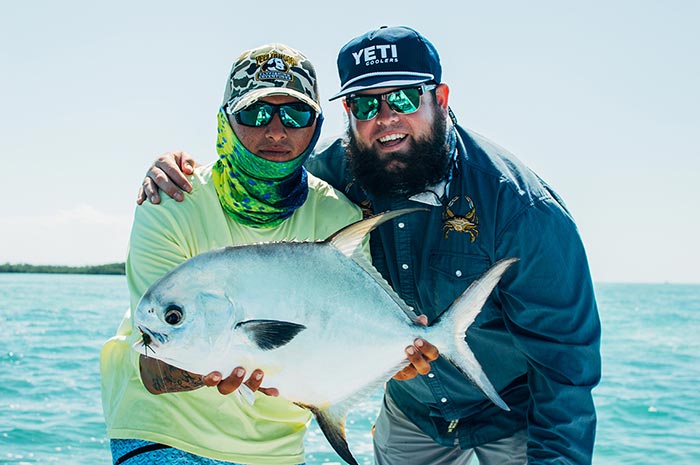 Nothing makes a guide happier that putting both his anglers on permit in a single day. Happy birthday.
Photo by Trey Oliver