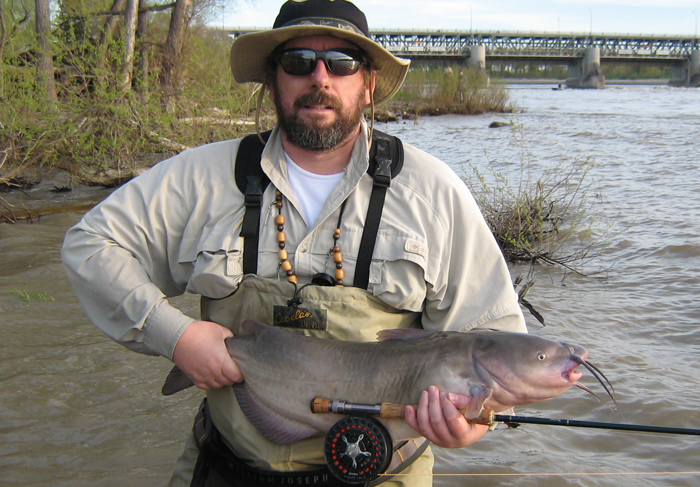 [Editor’s note: You may remember Canadian Stu Thompson as the inventor of the DDH Leech, which we have featured here. I used that pattern to catch my largest marble trout in Slovenia last week, and—Lo and behold!—I returned to find these pictures from Stu in my email. He specializes in catching huge warmwater species from the Red River tailwater in Winnipeg, Manitoba.] 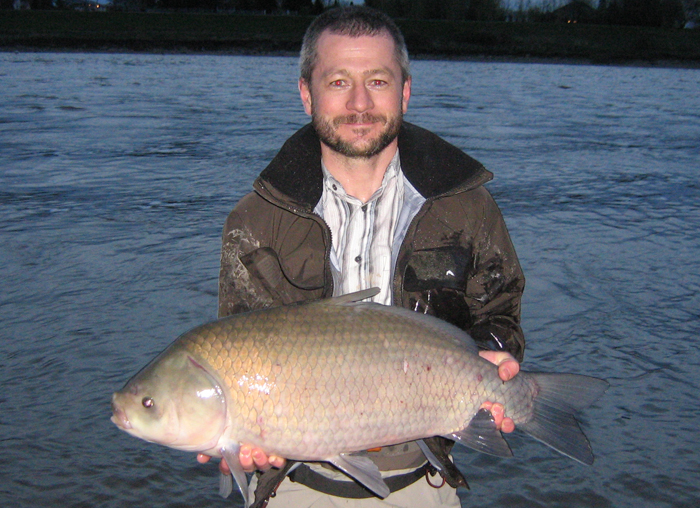 Steve Erickson caught this slob of a bigmouth buffalo, which was a beast to land.

The last week in May, the weather was finally cooperating, and we were getting some chances to get out. I went down to the Red River in Winnipeg with a couple of friends and showed them a hole where the fish were hanging out. I lost every big fish I had on, and I even had to chase one for a quarter mile before I had to break it off. It took more than 150 yards of line on the first run. What a fish! My two buddies did quite well and landed some quality fish. 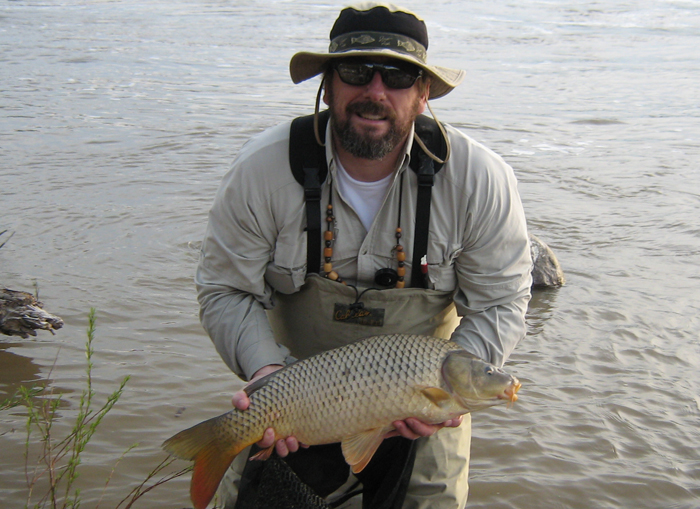 Stephen Jay landed a nice catfish and a respectable carp, plus he had a few other fish, as well. Steve Erickson also had some cats on, but alas, he had to break them off as well. In this high, fast water, there is not too much you can do. Steve took a nice carp and a really nice bigmouth buffalo. It was a great night. . .so good, in fact, that I went out the next night for big cats. I hooked eight and landed four, with the biggest taping out at 36 inches.

Stu Thompson, inventor of the DDH Leech, fishes mostly around his home in Canada, and some of his favorite targets are what the snobs might call “junk fish”: not just carp, but catfish, freshwater drum, and more. 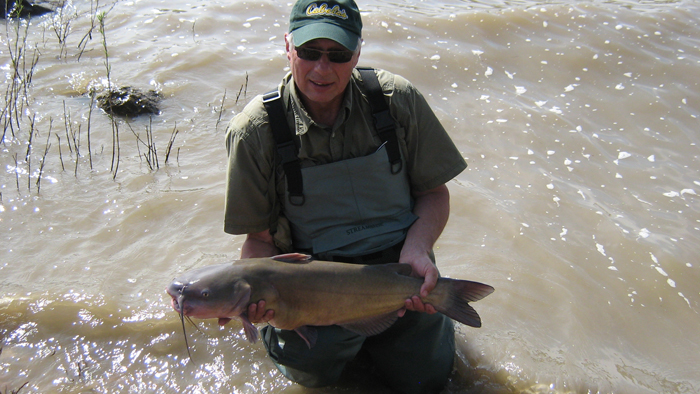 Stu finally got in on the action the next night, with a sweet cat of his own.