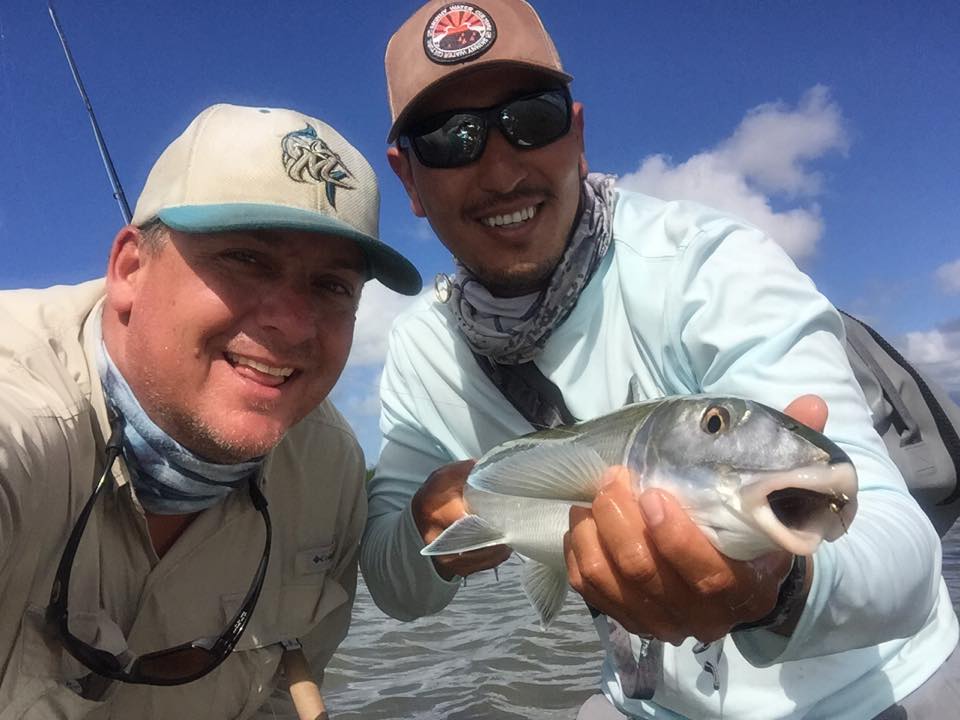 Pronounce it oh-ee-oh when you’re there, but at some point in your life you should try bonefishing in Hawaii. I never thought I’d go, but when the chance arrived, I immediately knew I’d spend at least part of my time in the islands on a flat waving a fly rod. Now I’ve been fly fishing for . . . a while. I’ve fished with a few guides, even was a guide for some years. I have some definite ideas about what a saltwater fly-fishing guide should be. Capt. Jesse Cheape of Hi Tide Fly Fishing in Oahu checks every box. 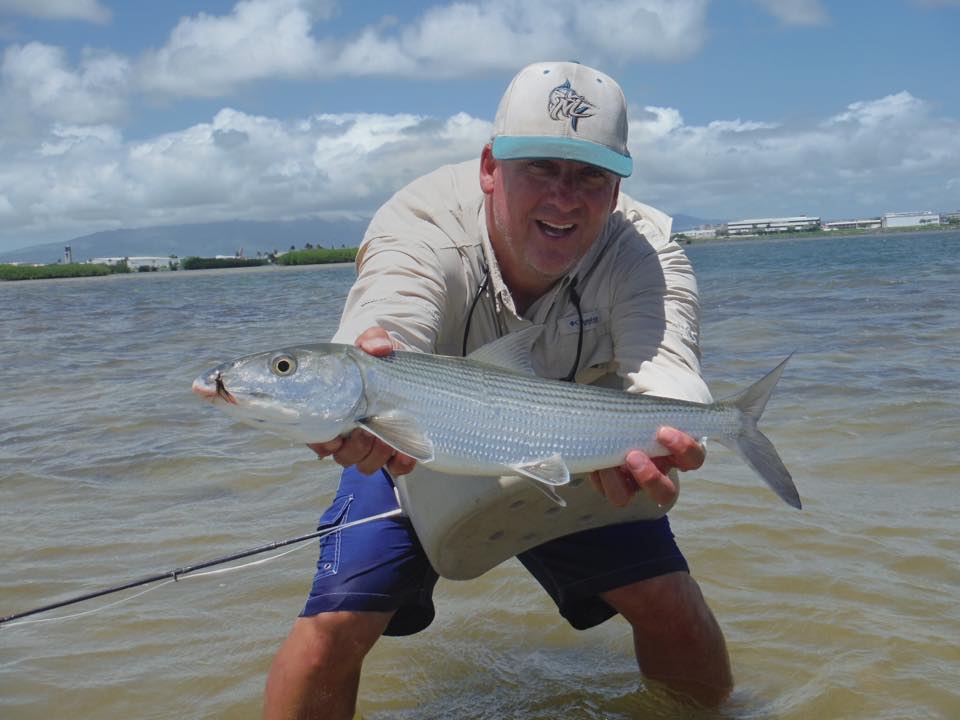 Hawaiian bonefish are spooky, but they grow big.

The fish can be found on every part of the island where there’s a flat. Most of these are on the southern and eastern sides of Oahu. The fish are so prevalent that the locals just say to “look for the tails,” and they’re right. Here’s the problem: these fish are spooky as hell. As in a 10- to 12-foot lead may not be enough. If you are a redfish guy, get rid of all your preconceptions about casting to visible fish. Jesse knows this problem. He’s seen it plenty of times. He talks about “Redfish Guys, and he is prepared and exceptionally able to help. 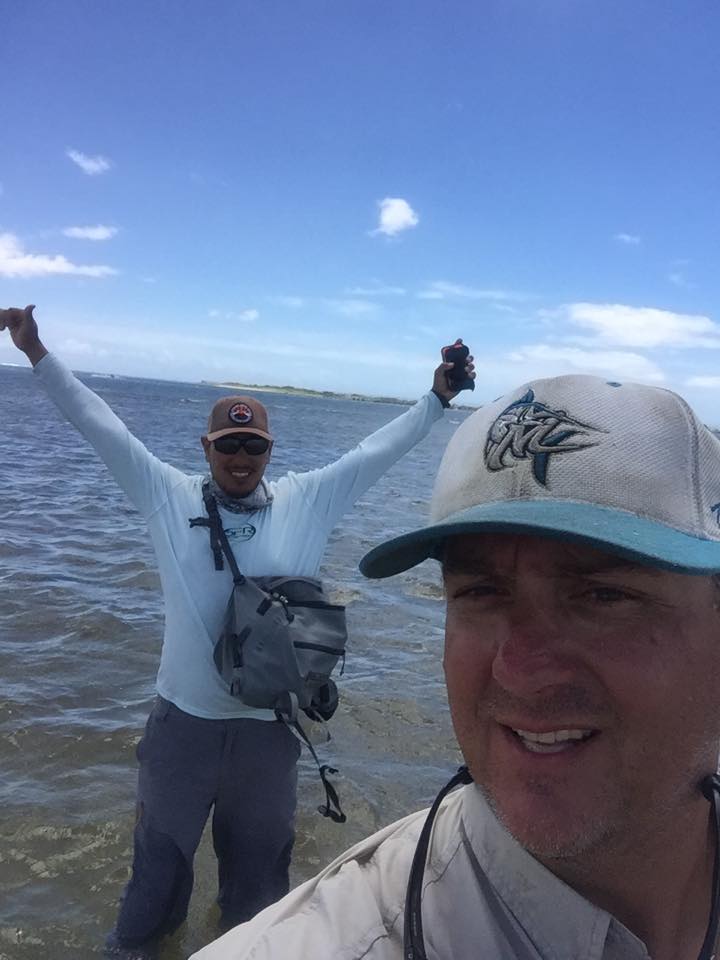 A happy guide usually means a happy angler, as well.

He has a special understanding of his fishery borne of figuring it out for himself and being out there more than almost anybody else (maybe anybody). He still speaks with reverence of the first bonefish he caught, when you are passing by that particular spot. Chances are you will see one there also, because this is the thing: the fish come down to you like a conveyor belt. You will get more shots than you ever did in the Florida Keys. 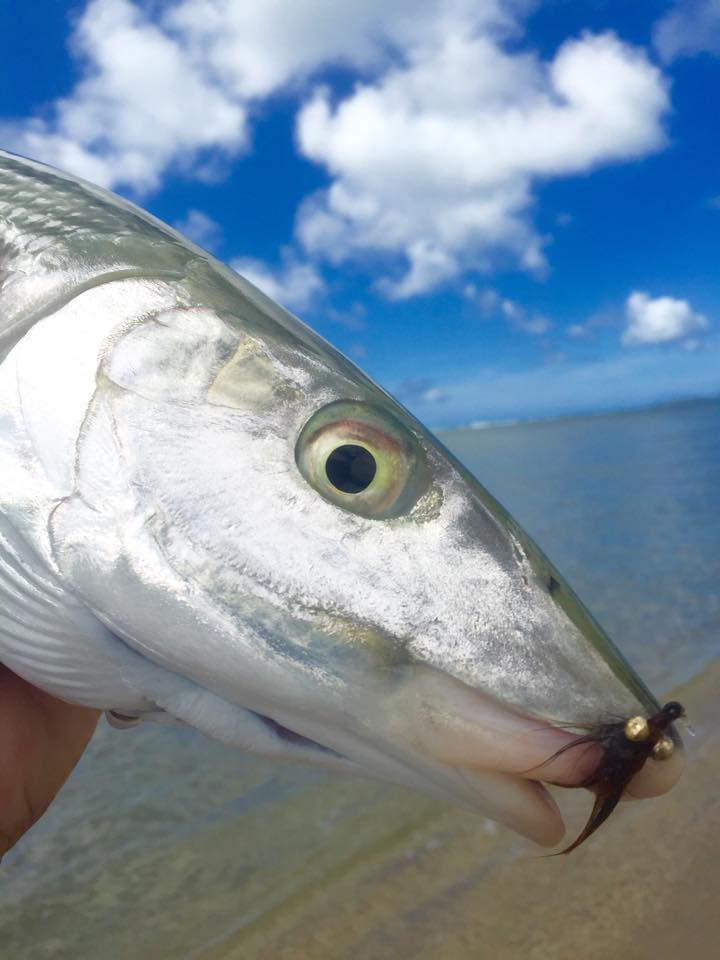 This small fish was the reward for a DIY day on the flats.

We hadn’t been out for more than ten minutes before I spooked my first fish. I dropped the fly in the “perfect” spot, three feet in front of the fish with a tiny plop, and away it went. It took a while, but once I got it in my head to get it out there farther in front like Jesse kept gently reminding me, I was able to hook up with a fish less than 20 feet off my rod tip and then feel it scream away. So cool… 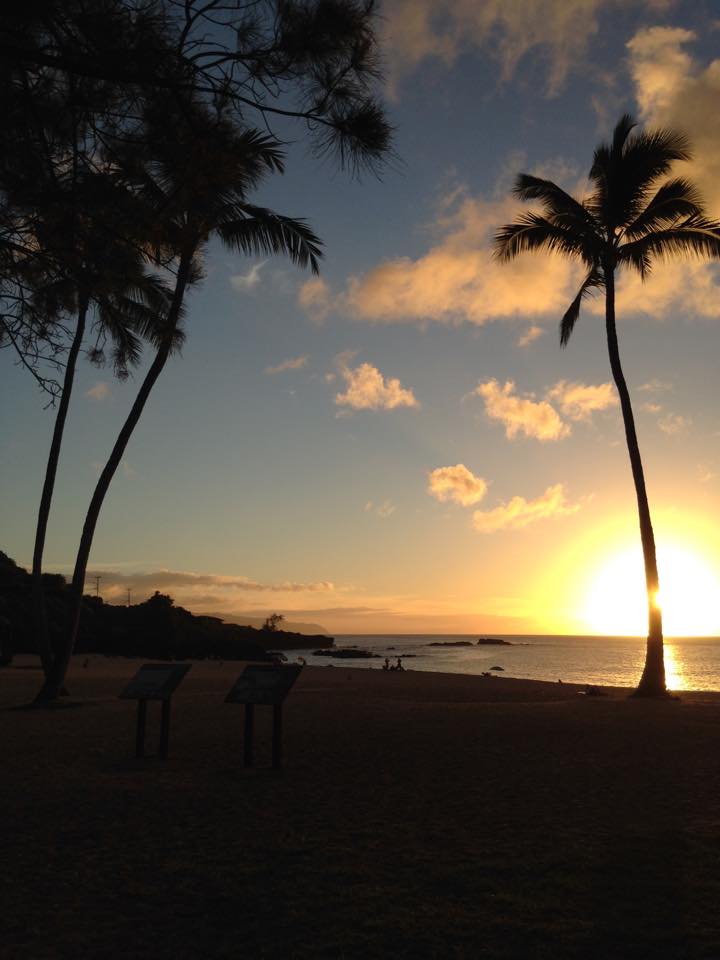 It’s tough to beat a tropical sunset after a day on the flats.

I ended up getting a few more, missed a couple bites, and even had one get off the edge of a flat, at which point I got over there as quickly as I could but was simply left with a frayed leader. C’est la whatever.

Jesse is a great guy, fantastic guide and has an excellent demeanor similar to a really good teacher. He even hooked me up with a couple flies and directions to a walk-up flat, where I caught a nice fish the next day. If you live on the West Coast or Mountains zones, bonefishing in Hawaii should be on your must-do list. Even for East Coasters, if you like to travel a lot for fishing, get there. If you are otherwise going to be in Oahu for any kind of reason, set aside some time. It’s that good and Jesse is really one of the super ones.