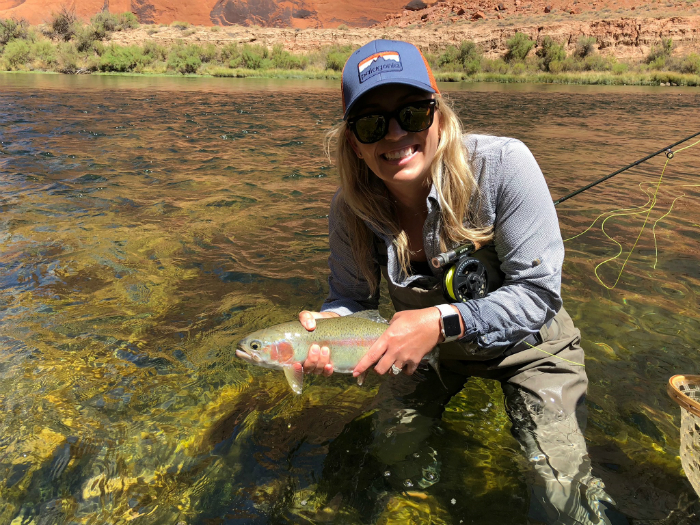 Holly’s first fish ever was a beautiful, thick rainbow that fell for a nymph.
Photos courtesy Chuck Coolidge

Editor’s note: Chuck Coolidge sent us these great photos via Instagram, so I asked him to give us the story behind them.

In seven hundred miles of Grand Canyon country, there exists just one place–near the Utah/Arizona border–where vehicles are able to drive to a set of rapids on the Colorado River. It just so happens to be the historic site where, starting in 1872, travelers were able to cross this fast-moving river to reach a military outpost and gold-miners’ paradise, called Lee’s Ferry. 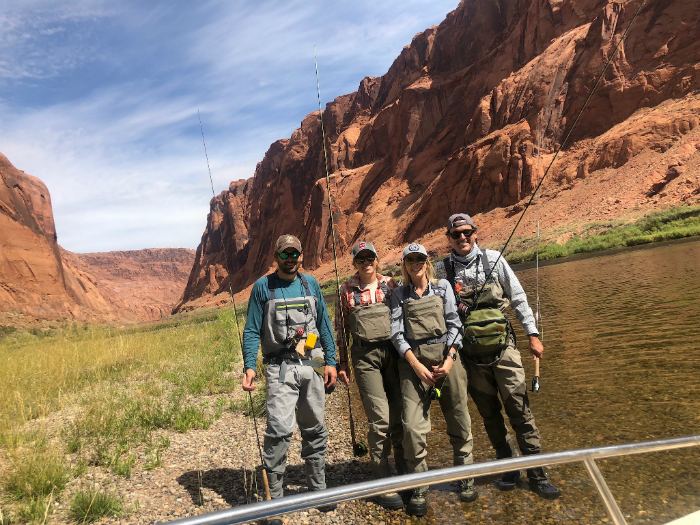 Great fishing aside, the surroundings are simply glorious down in the canyon.

With a pot of gold at the end of a rainbow it would only make sense to follow the rainbows. Thats why Michael, Holly, Courtney, and I decided to brave the 108-degree temps and desert monsoons to make the trek to Glen Canyon in search of monster rainbow trout. There’s a well known cicada hatch each hatch that can ensure topwater action. 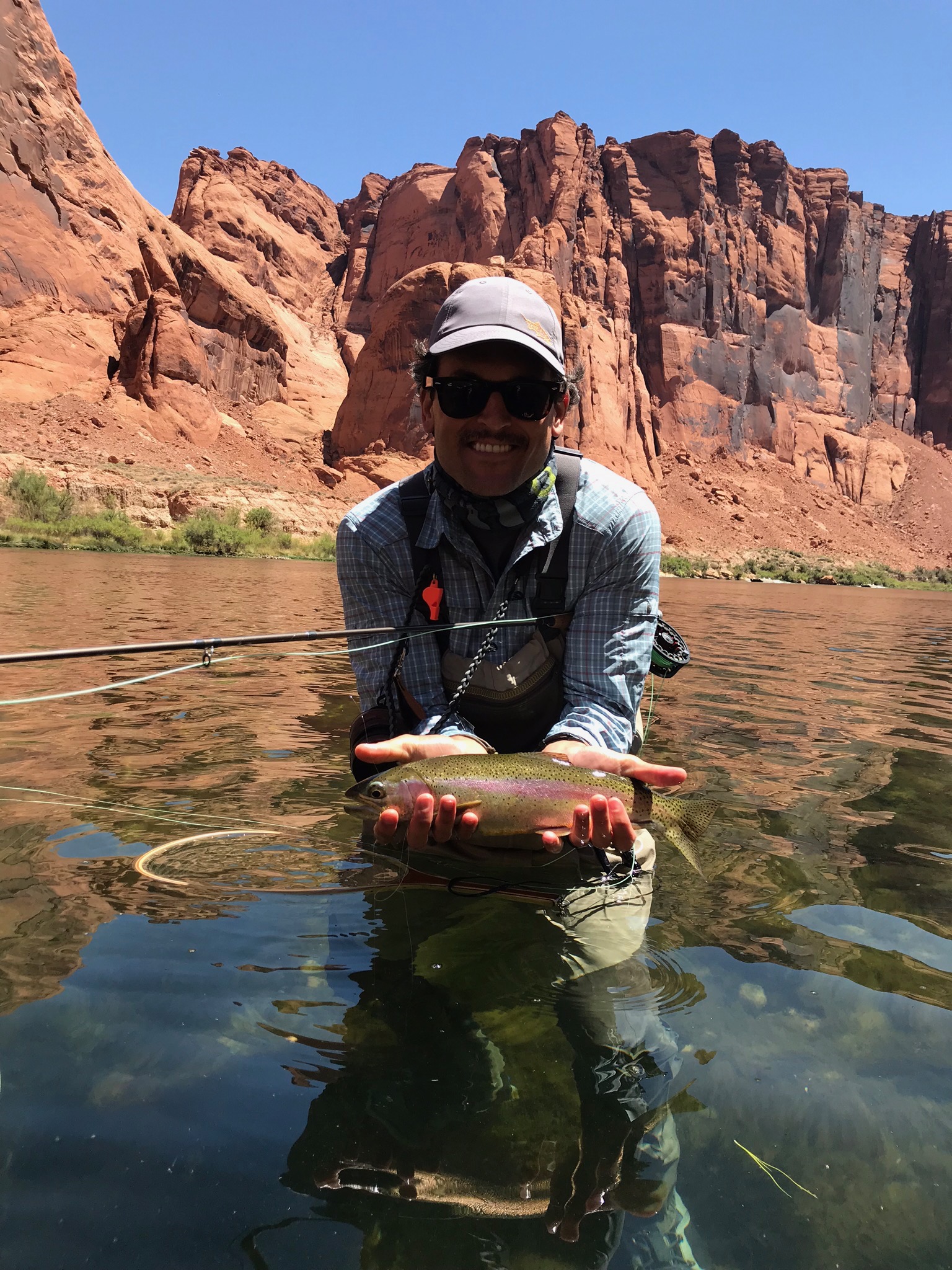 As the day wore on, the surface action heated up.

The group was able to get on the water quickly last Saturday for a few hours, and Courtney caught her first trout ever while drifting nymphs. As the day wore on, we moved to a couple of other spots, and one in particular–with a deep break near rippled water–did not disappoint! Soon, everyone was into fish and having an amazing time. 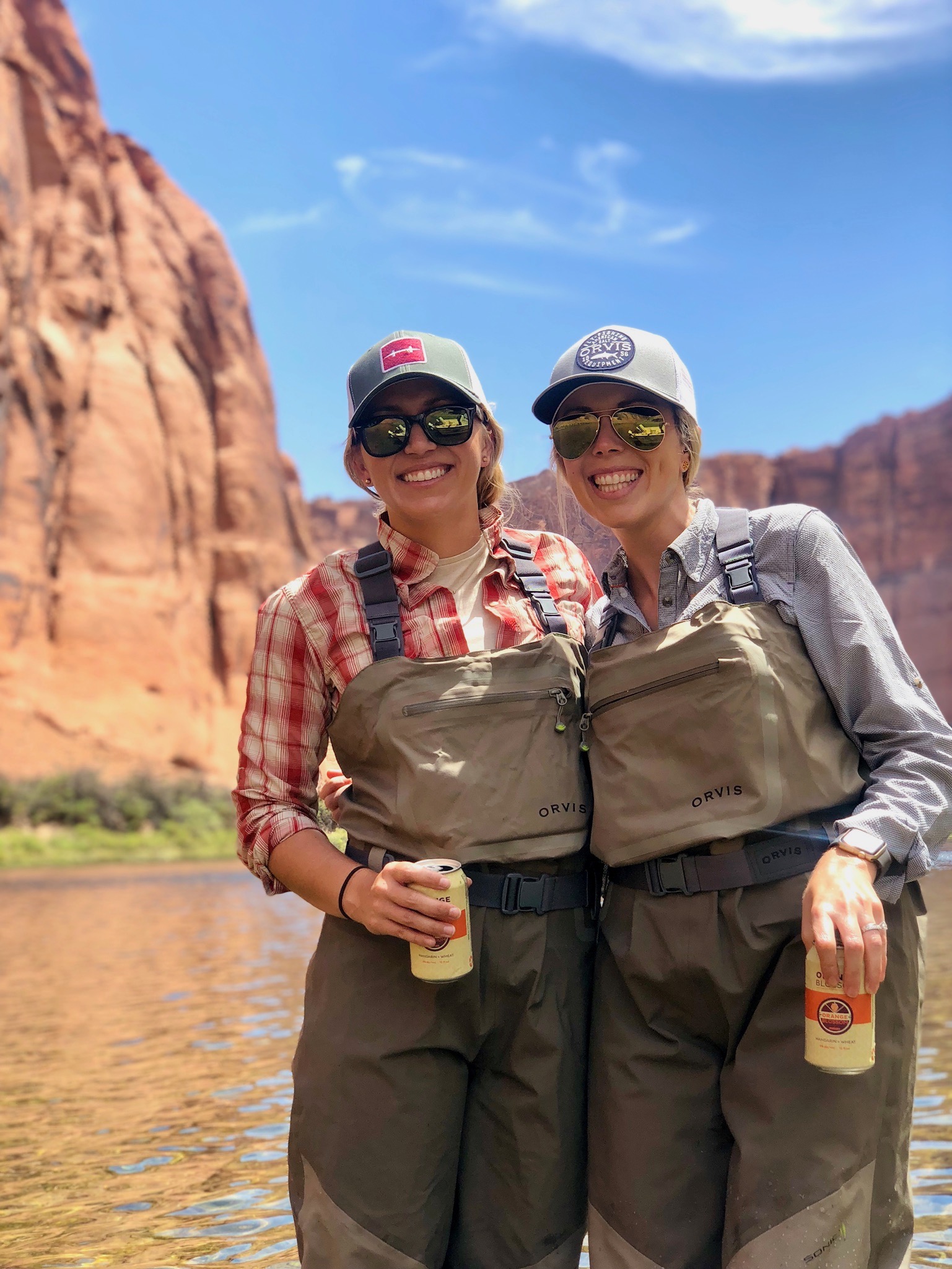 Holly and Courtney enjoy a break from the heat.

We didn’t find any gold but there was no shortage of rainbows to chase. It’s easy to see why Lee’s Ferry is considered some of the best fishing in Northern Arizona.