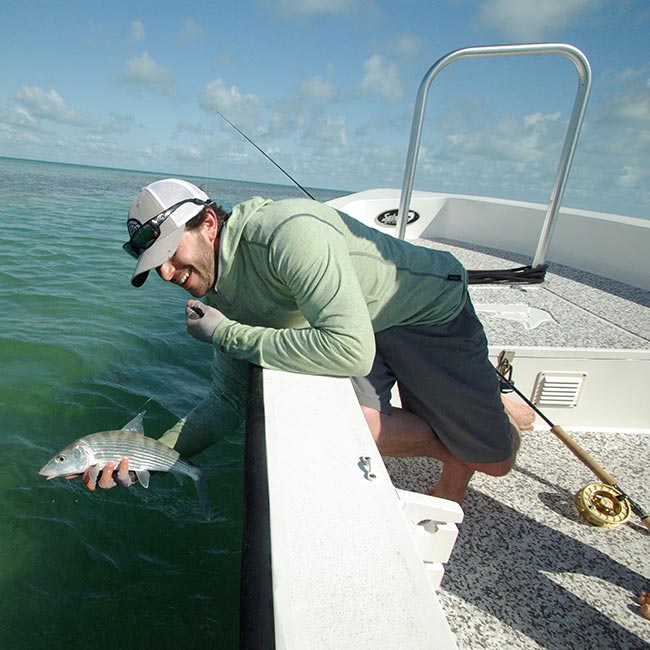 During his week at El Pescador, Seth landed quite a few ghosts of the flats.
Photos by Seth Berger

On my first trip to Belize, I wasn’t quite sure what to expect. I’d seen the videos of bonefish taking you into your backing, and 100-pound tarpon tail-walking across the flats, but I tried to manage my expectations. I’ve spent hours stalking spooky trout on the Battenkill, and have chased blitzing bluefish off Rhode Island, but I knew this was going to be another ballgame altogether.

As we flew on the single engine plane from Belize City to the Ambergris Caye the flats below seemed endless. I could feel my adrenaline rising. 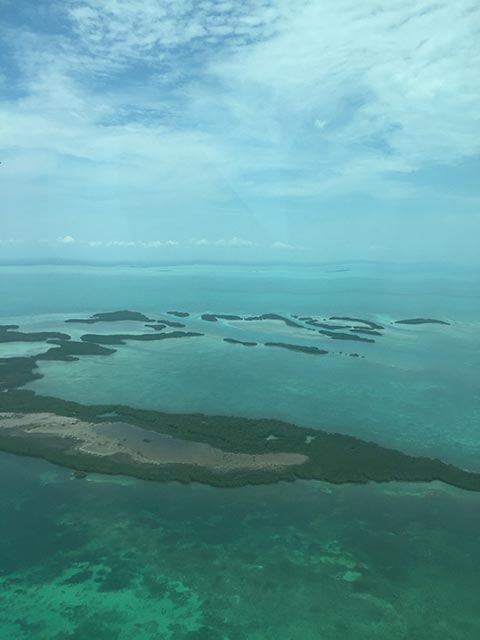 From the plane, the flats of Belize seem endless.

Once we arrived at El Pescador Lodge, we dropped our stuff, rigged rods, and headed up the beach looking for the tailing bonefish I’d heard so much about. It didn’t take long before a silvery flash caught my eye; it was unmistakable. I waded out a few feet, made a cast . . . and the fish was gone. After not seeing another fish for a while, we headed back up the beach and started looking off the docks. It was here that I quickly realized why bonefish are referred to as the “ghosts of the flats.” I could see them swimming over the sandy bottom, but as soon as they were over turtle grass, they seemed to disappear. 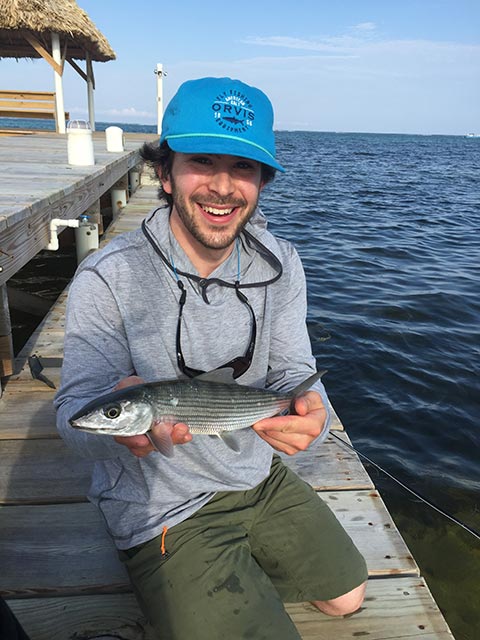 Seth’s first bonefish was hardly a monster, but the smile shows how much the fish meant.

As the tide came, in the fish started to show up in greater numbers, coming in right alongside the dock. Small schools of pompano accompanied the bones, but their amazing speed made them almost impossible to make a good cast to. After changing flies several times, I settled on a brass-eye Christmas Island Special.

I spotted two cruising bonefish coming straight at me. I knew this would likely be my best shot. I made a 25-foot cast, which landed five feet in front of the fish, and I started stripping. On my second strip, I saw a fish dart forward and my line went tight. The slack line shot out of my hand and the fish was on, It wasn’t a monster, or one that took me into my backing, but this was my first fish on the flats! 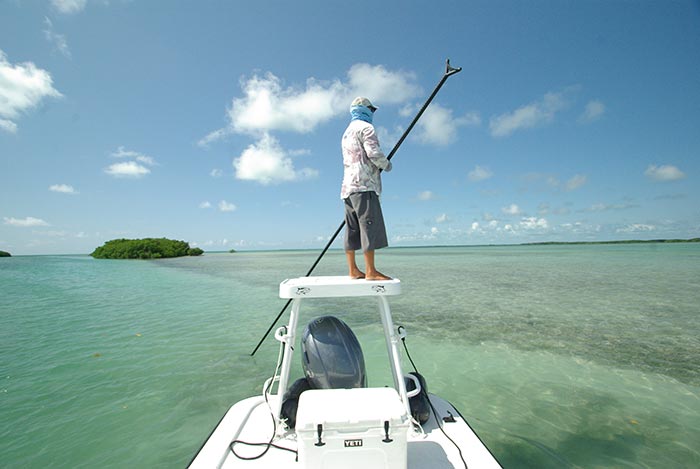 Seeing bones over the grass can be tough, but the local guides have incredible eyes.

As the week went on, I caught more bonefish, had shots at and some great follows from tarpon, and had a few good shots at permit, as well. Although I didn’t catch the fish of a lifetime, I did catch the bug for flats fishing, and I cannot wait to go back.

One thought on “Photos: Discovering the Bonefish Flats of Belize”