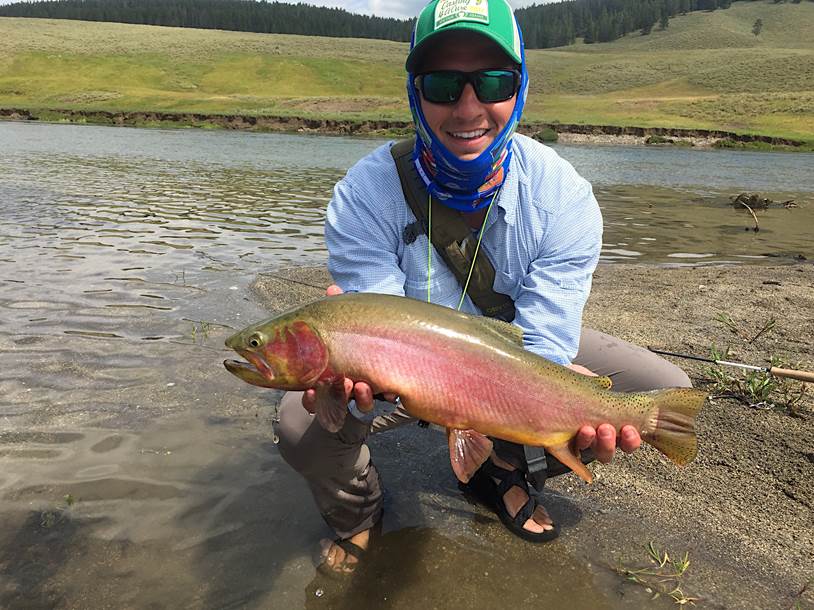 Tom Rosenbauer recently hooked up with Orvis Jackson Hole store manager Abel Gonzalez, and they were lucky enough to find plenty of cutthroats eating on top. They caught some nice fish on Green Drakes and smaller Flav imitations. (Drunella flavilinea is a smaller, close cousins of the western green drake, Drunella grandis.) Abel decided to see if the fish would east something even bigger, so he tied on a foam Water Walker, one of his favorite stonefly patterns. The huge cutthroat shown above hammered the fly and then put up a brutal fight before coming to hand. 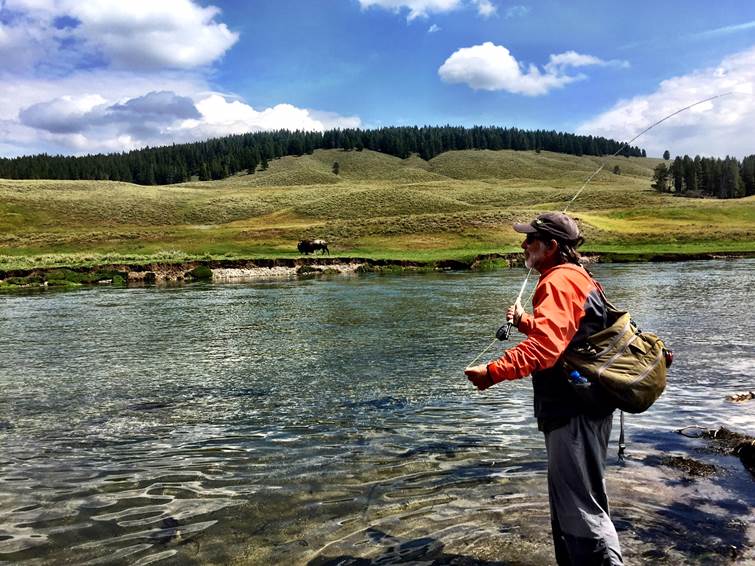 Tom casts to a rising fish as a bison grazes nearby.
Photo by Abel Gonzalez 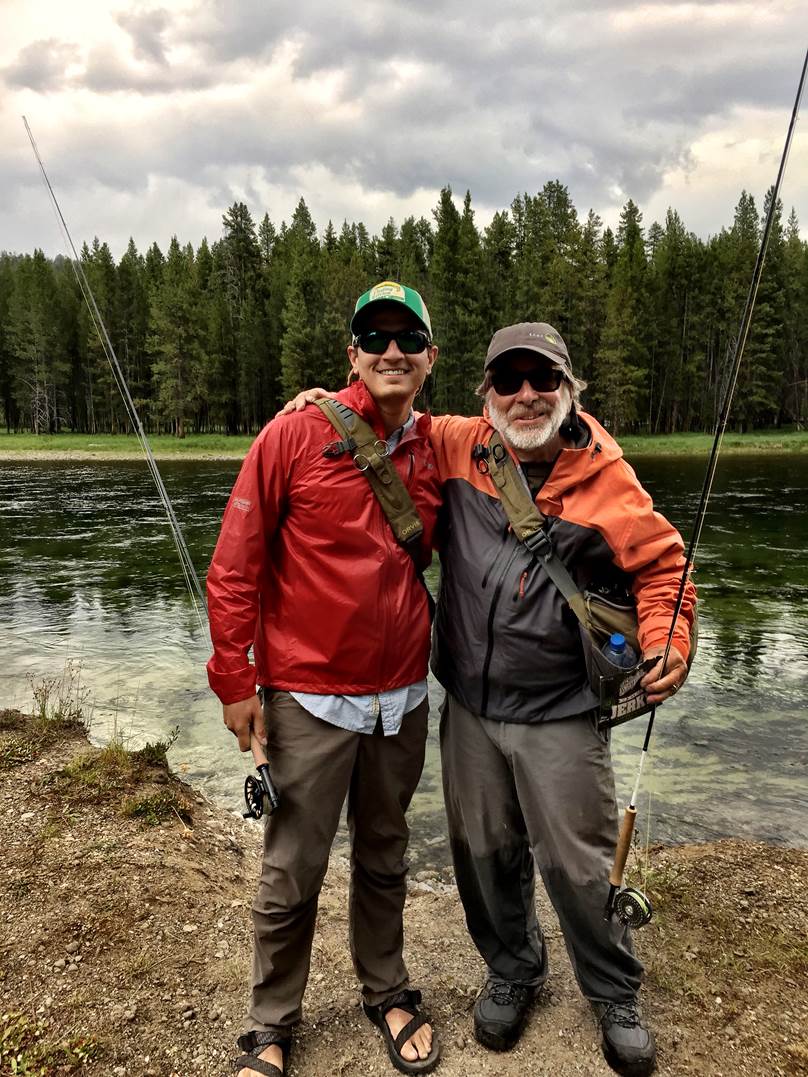 Abel and Tom enjoyed several hours of great dry-fly fishing in the Park on a partly cloudy day.