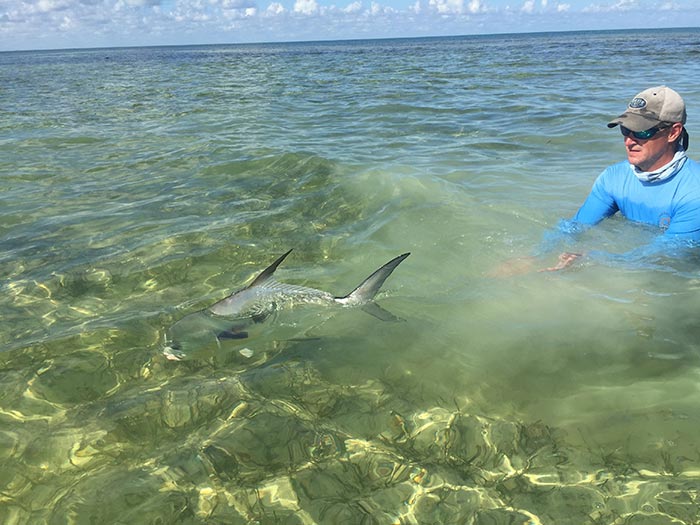 Just back from Punta Allen, Mexico, CG Sipe—Outfitting Manger at World Cast Anglers in Victor, Idaho—sent in a short and sweet report along with a few photos. In five days, fellow angler Ben Rogers caught eight pemit on his Recon, and CG scored two grand slams throwing a Helios 2. It looks like Capt. Nestor Mukul and his fellow guide (and brother) Miguel knew where to put the sticks. 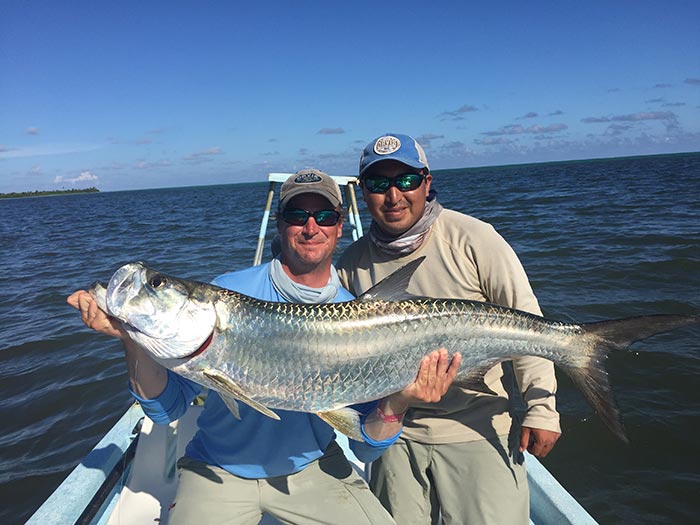 CG and Captain Mukul share the thrill of bringing a tarpon to the boat. 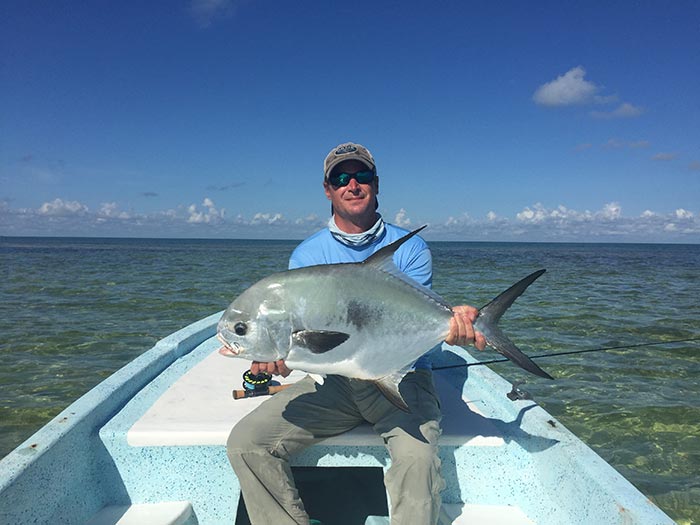 The permit were happy and willing to feed for CG and his fishing buddy, Ben. 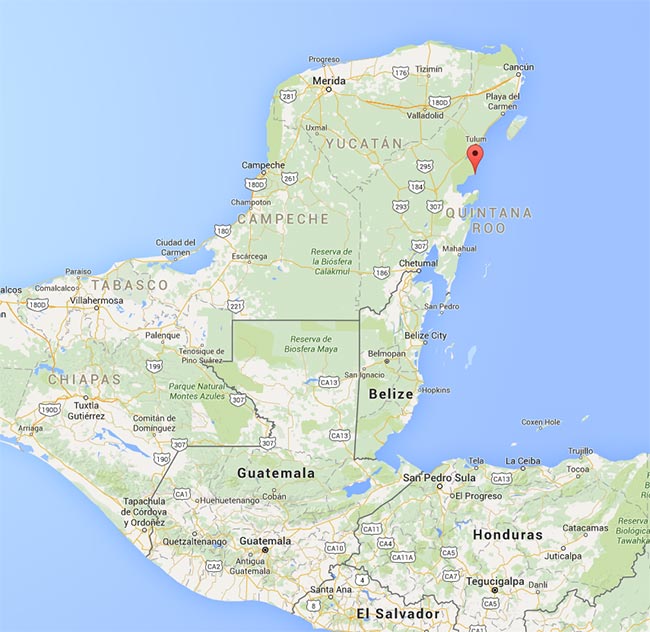 Punta Allen is on the eastern shore of the Yucatán Peninsula.