Written by: Leigh Perkins, Orvis Chairman of the Board 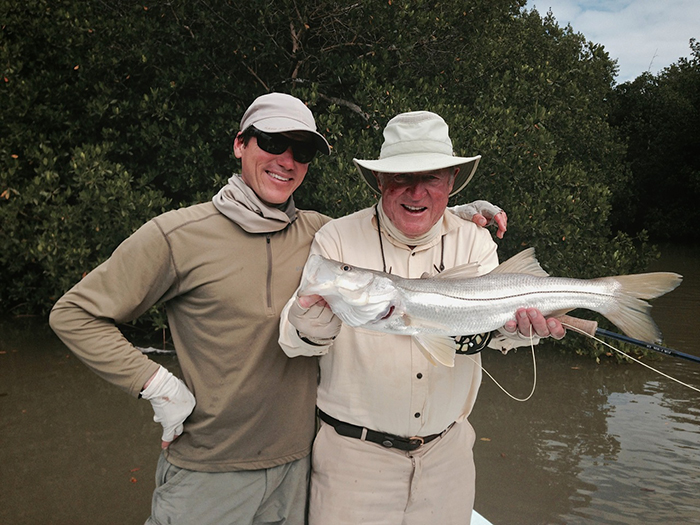 Orvis Charmain of the Board Leigh Perkins poses with a fine snook and biologist Pete Frezza.
All photos courtesy Leigh Perkins

We traveled to the Everglades last November with Capt. Rick Ruoff, Capt. “Cap” and JoAnn Cappelletti, and Pete Frezza, who is a marine biologist and Audubon employee who currently concentrates on the nesting success of the roseate spoonbill and now, the reddish egret.

The fishing was very good, especially for large snook. There is a slot size limit of between 28 and 33 inches for snook, so while we release almost all fish we catch, we like to keep at least one snook because they are delicious eating! The snook is a great game fish, explosively ambushing the flies you cast to them. A little info on the snook: they are protandric hermaphrodites and change sex from male to female. So all large snook are female; hence all over 33 inches will be protected females able to produce eggs. 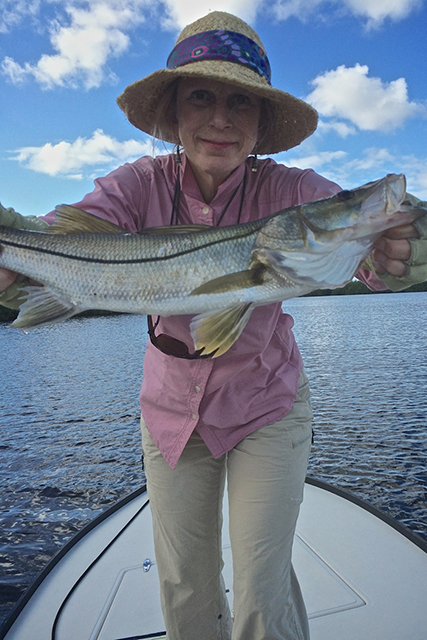 Now to the reddish egret, and the new studies Pete Frezza is involved with in the Everglades: The reddish egret is considered one of the rarest wading birds in this country, and it turns out that there have never been many studies made about the birds. According to National Wildlife Refuge System, there are only 3,500 pairs in the world, and of these, 260 are in Florida. They have been in decline for a long time and are now listed as threatened. The state got interested in 2014 and earmarked money to create a state-wide estimate of nesting birds. They contracted with Audubon, which is doing the work virtually for free, because Audubon has been studying the roseate spoonbill for many years and the two species nest in the same area. 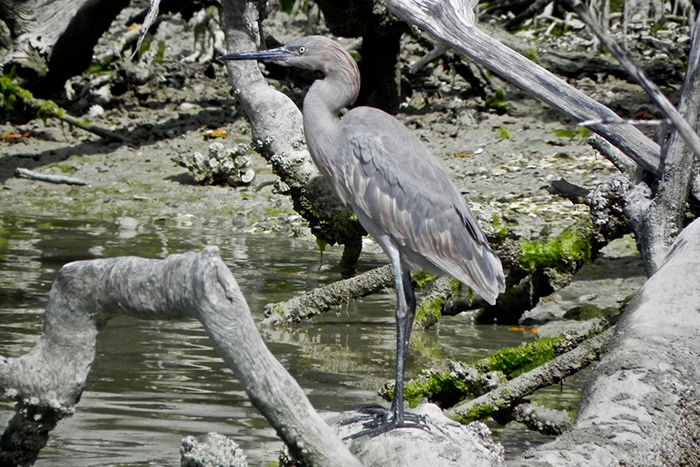 The reddish egret is endangered throughout its range.

They began this multi-year study by estimating the number of nesting birds in Florida Bay. The way they did this was to be just offshore in the morning, for three hours, starting within one-half hour of sunrise. They counted the number of birds leaving the roost, coming and going. The pair always has one adult on the nest while the other is off foraging, usually for a 2- to 4-hour period. Then they relieve each other, in a cycle. One difficulty in the study turned out to be that the nesting period is spread out over six months, so not a defined period. However, researchers were able to calculate the number of birds in Florida Bay at 80 nesting pairs. This last year was considered a test of how they will proceed with their estimates, and 2015 will mark the official start of the study. Next, they will use this methodology to study three other areas: lower Keys, Tampa Bay area, and Merritt Island. 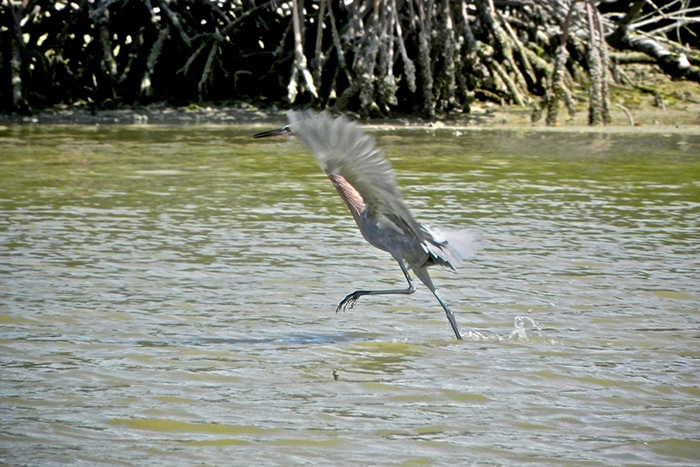 The dance of the reddish egret is an effective way of tricking baitfish.

When they are searching for small fish, reddish egrets perform a “dance” in the shallow water. With their wings spread open, they hop around in the water and the fish swim into the shadow presuming it is safe territory. Successful foraging technique!

Leigh Perkins is Orvis Chairman of the Board and the author of A Sportsman’s Life.

One thought on “Photos: Florida Snook and Egrets with the Chairman”