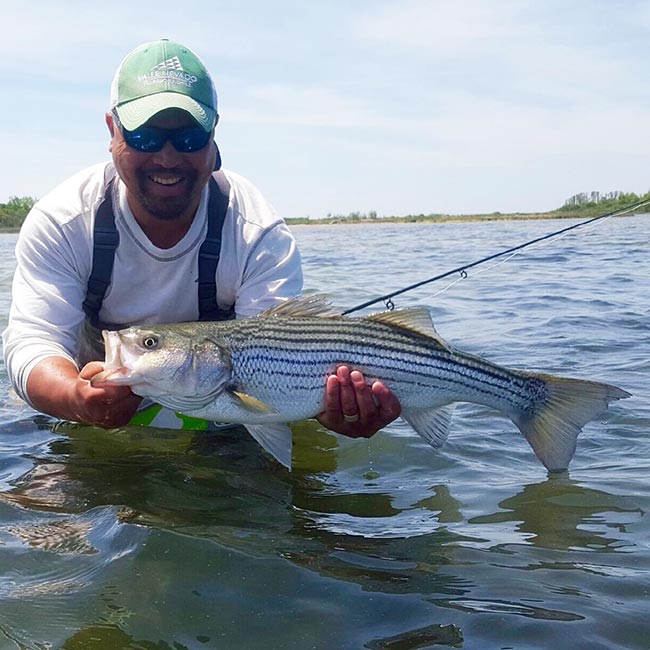 Recently, a small group of instructors and guides from the Orvis Manchester Fly Fishing School made our annual pilgrimage to ply the salt for striped bass. In true fish-bum fashion, the mad dash to the coast involved several vehicles stuffed to the gills with fishing gear, tents, coolers, and the various odds and ends that one might expect to find in an anglers’ truck.

Day One
The plan was simple: because none of us owns a boat, the idea was to fish areas where we could wade safely and stalk feeding stripers as they followed the bait with the tides. Our first stop was a nice beach that a couple of us had fished in the past and had good luck. To our delight, there were only a few other people around–mostly just watching the sunset, and a couple of guys surf-casting with poppers–so the stage was set for a good night of fishing. As darkness fell and the tide began to push in, we were treated to the sounds of fish feeding on the surface. Anyone who has fished for stripers at night knows what I’m talking about; it’s that familiar plip-plop of fleeing baitfish followed by a louder and more resonant splash of a bigger fish catching their prey. In short it was game on. 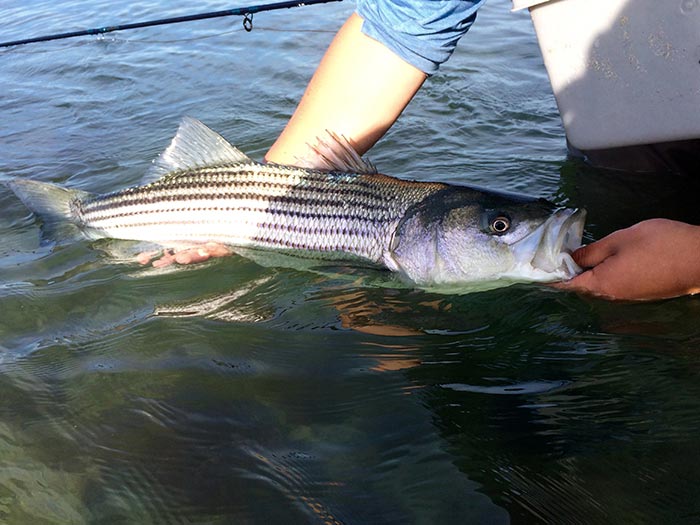 Forrest Hamer brought this nice fish to hand in the early-morning light.

Standing knee deep in the ocean, in the dark of night, while blindly casting to the sounds of feeding fish is a curious and at times unsettling experience. The reward, however, is a sharp tug of the line after a few quick strips, and sometimes a fish in hand makes everything A-OK. We stood in our spots–casting, catching, releasing. All-the-while we were calling to each other when we hooked into a fish and uttering curses when we didn’t. This went on until 1:00 in the morning, virtually to the point where none of us could cast anymore.

Day Two
5:30 am came early, but our Commander in Chief was raring and ready to go. So we loaded up, made a quick stop for coffee and breakfast sandwiches, and headed to another favorite spot. As the tide pushed out, we were able to wander the flats to do some sight-fishing. Believe me when I tell you, none of us expected what happened next. . . . 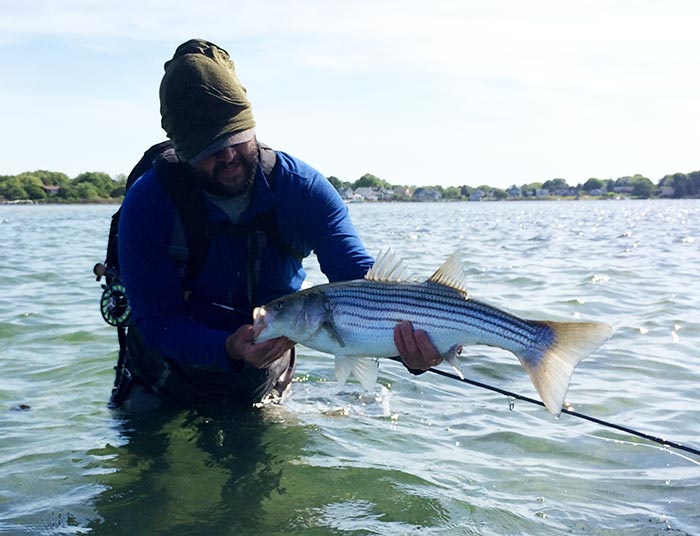 We came across a nice spot with weed beds fringing a slightly deeper channel, and as it turned out, the fish were there in numbers. Never have I seen someone on foot have the opportunity to sight-cast to a new striper every 30 seconds or so. Maybe it happens all the time, but for me it was a rare and exciting experience. Kyle, to my right, caught about 12 fish, all in the 20- to 30-inch range, in the space of 20 minutes. Forrest, to my left, was doing just as well, and I was right there in the mix. Throughout the morning and early afternoon, we lost count of the fish caught. Suffice to say, it was more than any of us expected.

Dylan Snell is a fly-fishing instructor and guide at the Orvis Manchester Fly-Fishing School. 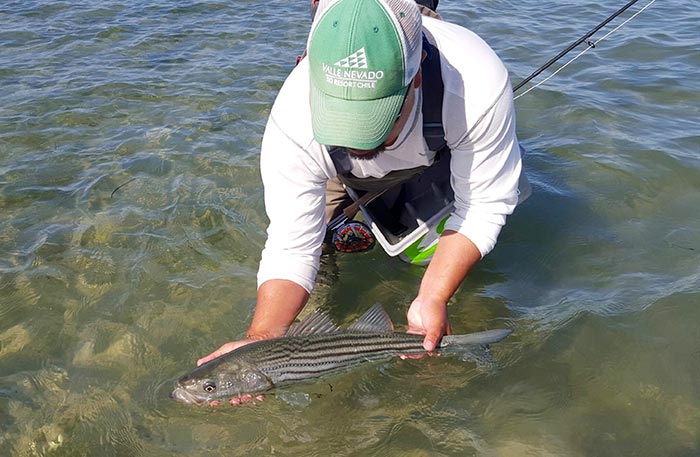 The author puts one back to fight another day (and because it’s too short).

One thought on “Photos: Guides on the Run for Stripers”