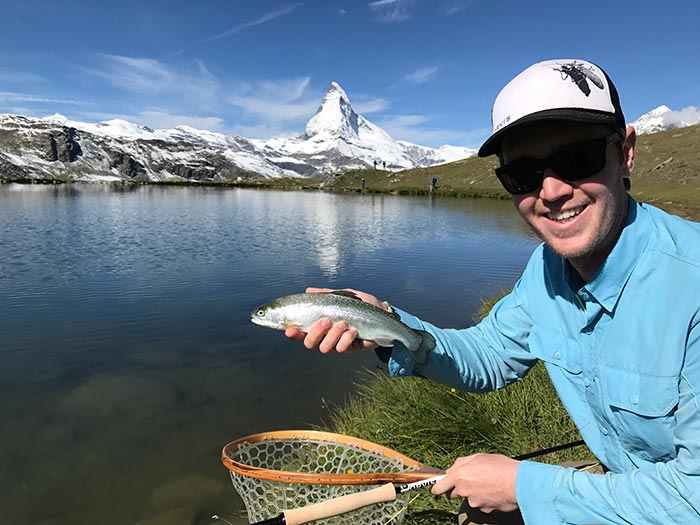 The iconic Matterhorn loomed in the distance as Sam and Katy landed four species of fish.
Photo by Katy Orvis

A couple weeks ago, my wife, Katy, and I fished high in the Swiss Alps with a guide named Kirk who runs Fly Fish Zermatt. When Kirk first discovered that there was a healthy population of trout in the lake, about seven years ago, he decided to lease the lake and has been monitoring and supplementing the fish population ever since. There are lake trout, rainbow trout, brown trout, and arctic char in the lake, and I did hit a grand slam, although the char was a long distance release! 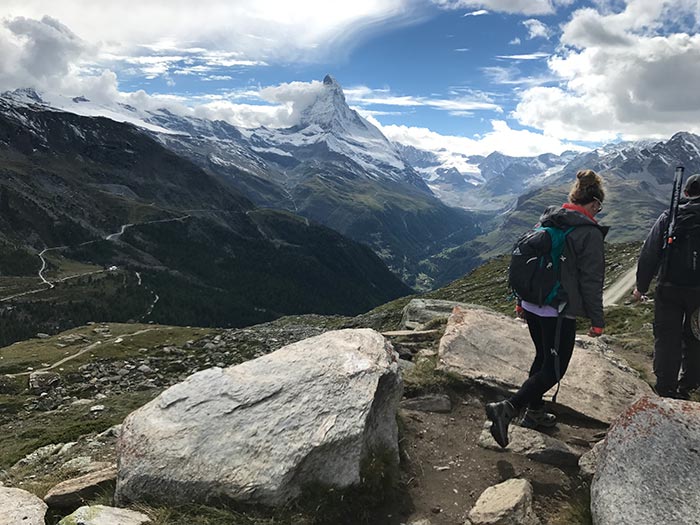 Climbing to above 8,000 requires strong legs . . . and lungs.
Photo by Katy Orvis

The fishing was anything but easy, as all of the hold-over and wild fish–there is natural reproduction in the lake too!–were extremely picky and tough to catch. Much of the dry-fly fishing was sight-casting rainbows, trying to lead them by about two feet as they cruised the banks early in the morning. We caught fish on caddisflies early in the morning, and switched over to small streamers in the late morning and afternoon, when bug activity slowed down. 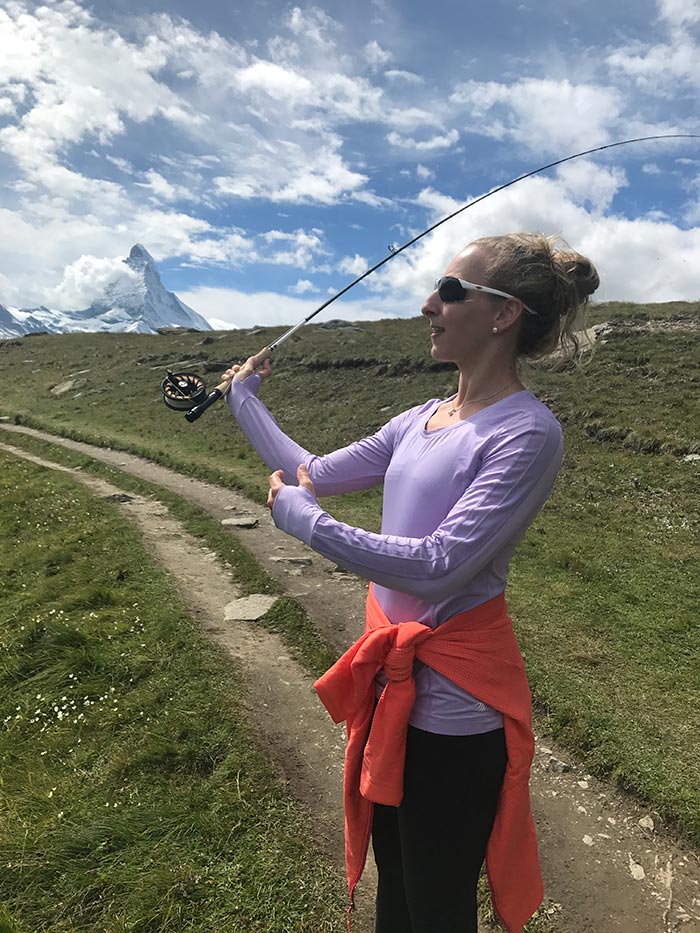 Katy launches a small streamer, hoping for a trout or char.
Photo by Sam Orvis

At 8,323 feet above sea level, the lake is fed by glacial water (about 41 degrees), so the fish have plenty of oxygen and even the smaller fish fought extremely hard for their size. 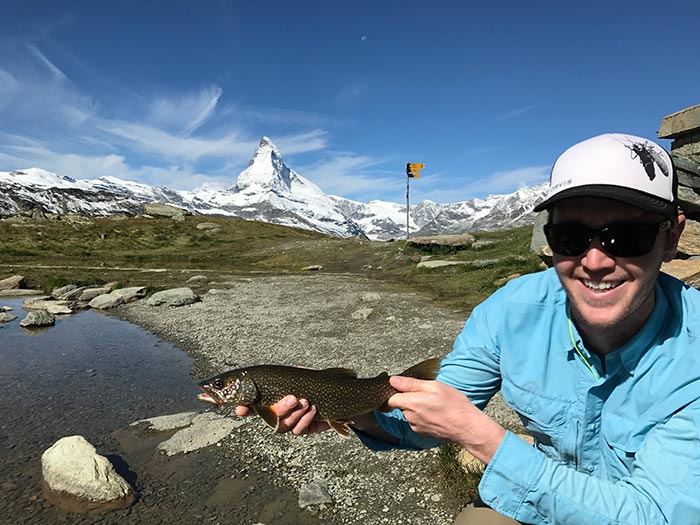 Sam Orvis—No, really, that’s his name (a very distant relation)—is the Manufacturing Engineer at the Orvis Rod Shop, in Manchester, Vermont, where the Helios 3 is made. 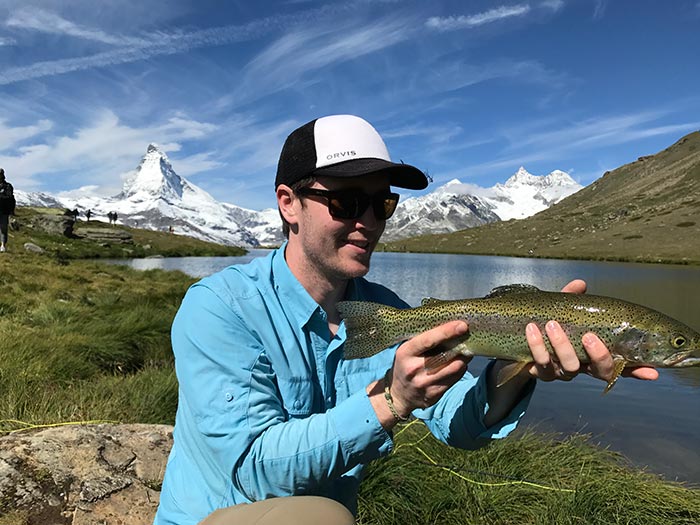 Some of the rainbows grow so big they won’t fit in the photo.
Photo by Katy Orvis 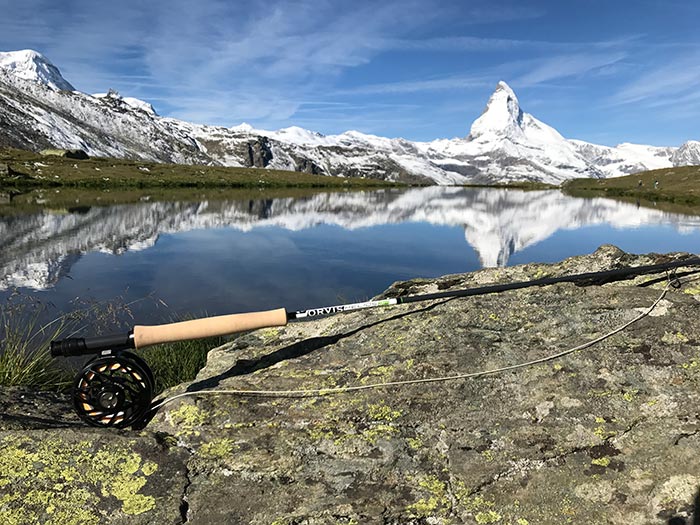 The white label on the H3 looks to be born from the snows of the high peaks surrounding the lake.
Photo by Katy Orvis