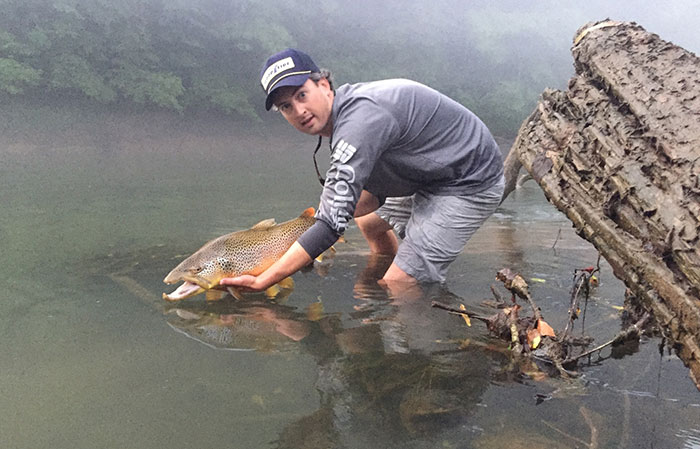 Ryan Johnson releases his trout of a lifetime back into the Chattahoochee River in Georgia.
Photo courtesy Ryan Johnson

One part of the campaign is the Quality Catch and Sweet Release Fishing Tournament, which has been awarding weekly prizes for the largest fish, measured by length. The biggest trout of all will win the grand prize, a custom SweetWater/Quality Hooch logo Orvis H2 rod.

The current leader is Ryan Johnson, who landed this 30-inch beast last week, while throwing a streamer designed by tier Pat Cohen. 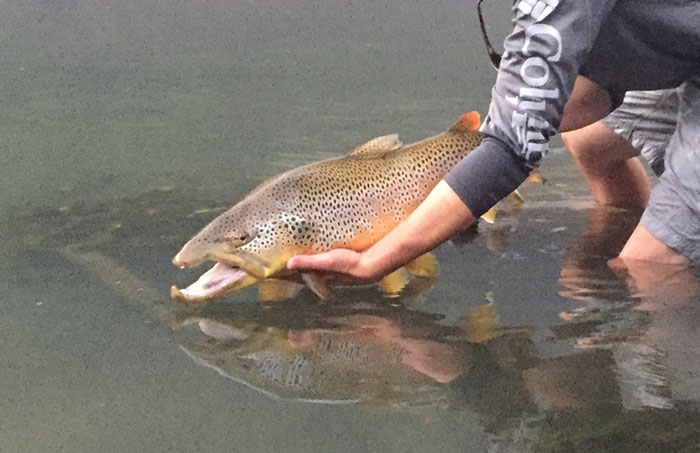 That is the jaw of a wise, old brownie.
Photo courtesy Ryan Johnson

3 thoughts on “Photo of the Day: Huge Hooch Brown Trout”