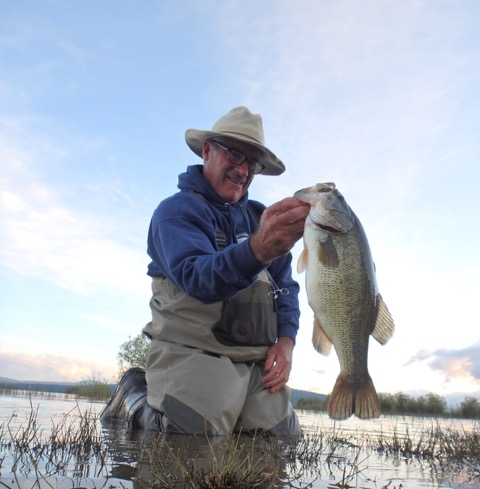 The bass were feeding ahead of a cold front in Deschutes national Forest.
Photos by Brian O’Keefe

The other day, I drove up into the Deschutes National Forest in search of some big bass. I had my 8 weight, a few flies and poppers, a couple donuts, and some lemonade. Since I was boatless, my destination was a lake with some decent wading access. I was just looking for simple, mind clearing stuff. Catching a few bass would be a bonus. The weather was decent, but a cold front was moving in.

It was too sunny for poppers when I got there, so I rigged a big, white, wool-head streamer (Kelly Galloup-style). It kind of floated and kind of dove down a bit. Anyway, the bass liked it. I got a couple nice ones and a couple mediums. I walked back to my truck, which was parked on a very remote unnamed/numbered Forest Service road, at least 10 miles from pavement. 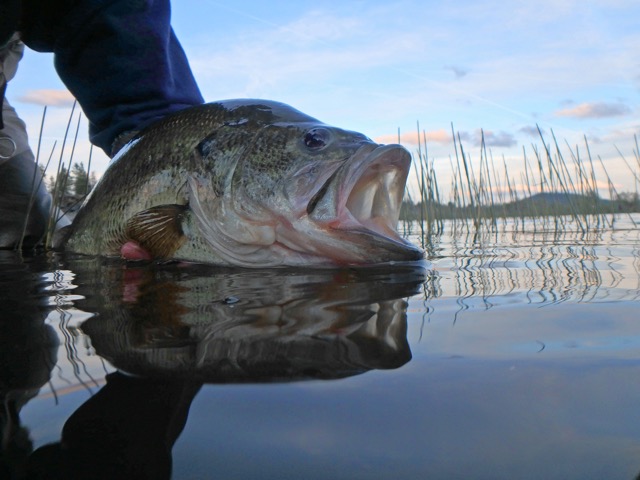 This beauty ate a wool-head streamer stripped just under the surface.

As I loaded up my rod and had a donut, a wild-eyed young man walked down the road toward me, and I could tell he was going to enlighten me about his situation. He was about 25 years old, in shorts, tank top, and flip flops. I was thinking, “Dang it, some yahoo lost his dog, or something.” In a couple minutes, however, he explained that he had a flat tire and that his wife and kids and dogs were waiting, etc. He had a spare tire but no jack. I had him jump in, and we drove about three miles to where his truck was. On the drive, he told he was from LaPine (sometimes not a great town to put on your resume), and that he had spent six years in the Marines. I noticed his assault-rifle tattoo. 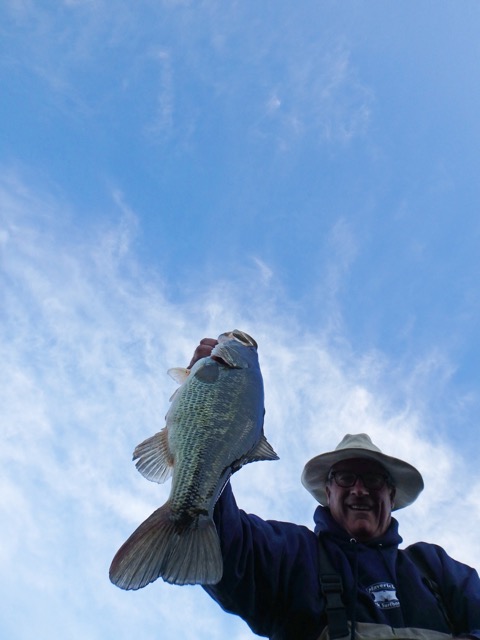 By some miracle, he drove a Chevy Silverado, too. His was about eight years older than mine, but at least we hoped the jack, spare-tire-lowering rod, lug wrench, etc. would be compatible. They were, to a degree, but it still took over an hour to get the spare tire lowered and the tires changed. I am usually the guy crawling under the truck, getting dirty, jury-rigging stuff, and busting a knuckle or two. But I was in my waders, so Ben insisted I stay upright and help by reading the owners manual. (I think he had me do that to stay out of his way!) 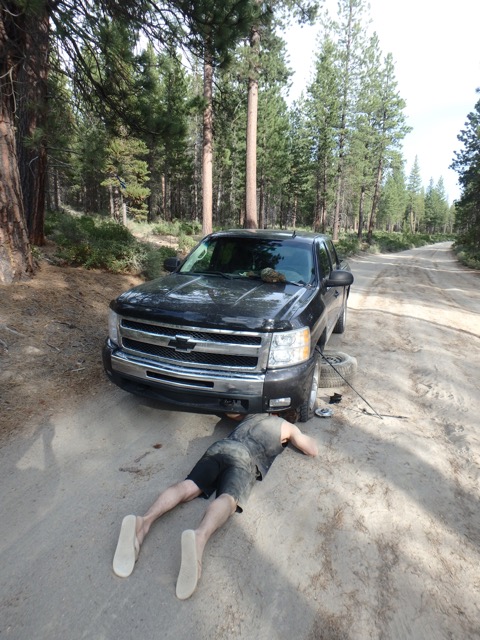 The young Marine worked hard and wasn’t afraid of getting dirty.

Ben was all Marine. Super fit and tough and working hard under the truck—banging on things, wedging logs, jacking, etc. He was head-to-toe dust and all the while calling me “sir” and thanking me so profusely that it was embarrassing. He had no idea how many times I have been the guy with the flat tire (three times I’ve had two flat tires at the same time), or stuck in the mud/snow, or with lost keys (broke more windows than I’d like to admit). Finally, after 90 minutes, the tire was on. His wife and kids were a mile away waiting. Ben had built them a big fire, as a cold-front was bearing down. Ben shook my hand, and I didn’t wince to obviously from his rock-crusher grip. 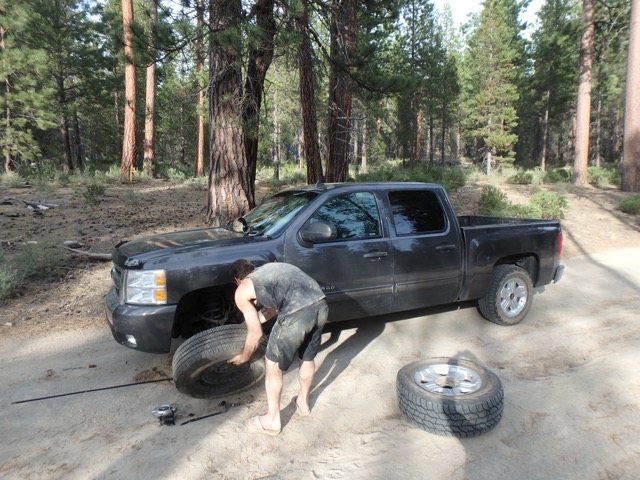 After 90 minutes, Ben was able to go rescue his young family.

While Ben was working, I noticed the “All Gave Some and Some Gave All” bumper sticker and several dog tags that hung from his mirror. I’m pretty sure they belonged to fellow Marines, lost in action. He said he had an older German Shepherd, which I think was also a war vet. It’s funny: to Ben, I was a life saver. The location of his mishap was not favorable to a good outcome, the luck of our having the same rigs was improbable, and his finding me (because I had quit fishing at just the right time) were all almost too Hollywood. But as I drove off, trying to recover from the death-grip hand shake, I realized that I was the lucky one. Ben was the real deal. He made my day. 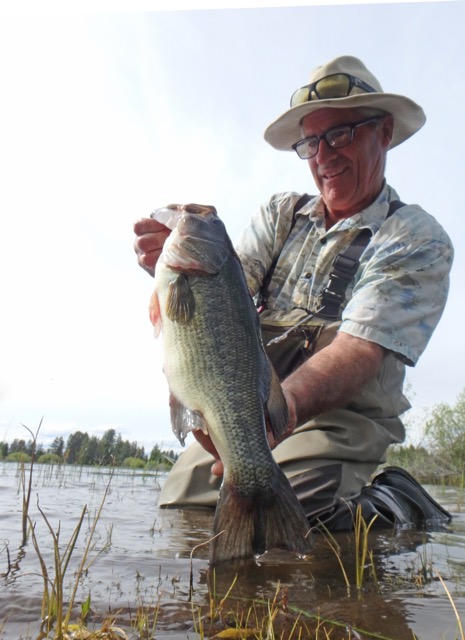 The bass were nice, but they were not the real highlight of the day.

3 thoughts on “Photos: When Life and Luck Collide”