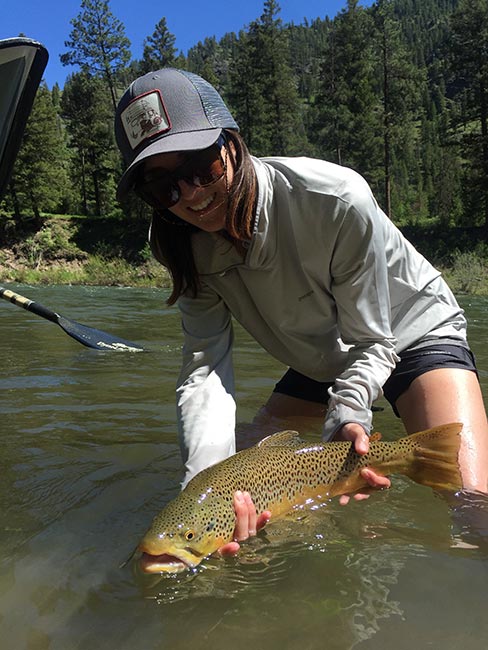 After the missus landed this beauty, it was time for the kids to try.
Photo by Dylan Tucker

The bright sun brought the salmonflies out on the lower Blackfoot River in early June, and we managed to get just ahead of the hatch to find some very eager trout on big dries. After my wife, Jayme, landed the brown trout above on the Gee’s Supafly Stone, we thought it was worth taking the kids along the next day to see if they could get a chance at a few on a dry fly, as well. My eight-year-old daughter, Ayden, managed to hook a great fish for her first dry-fly fish ever, and my five-year-old, Harper, just had to be the one to release it. It was a very proud moment for mom and dad. Harper has been beating the backyard up pretty good with her Practicaster, getting ready for her first fish next time.

Dylan Tucker is a fishing guide in Missoula, Montana. Check him out at www.tuckerflyfishing.com. 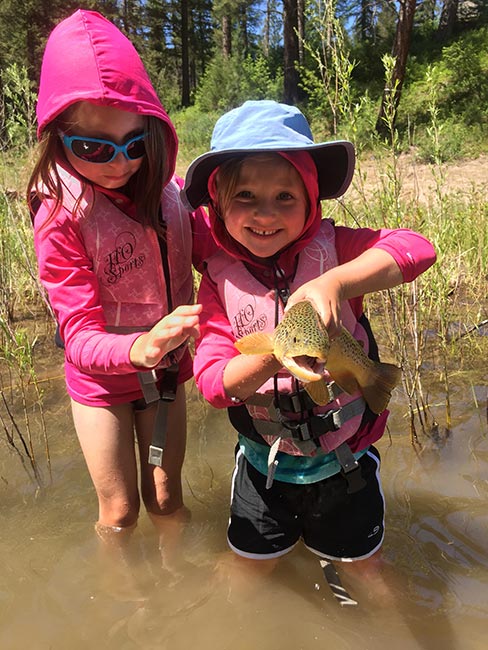 Ayden (left) allowed her little sister to do the release honors.
Photo by Dylan Tucker