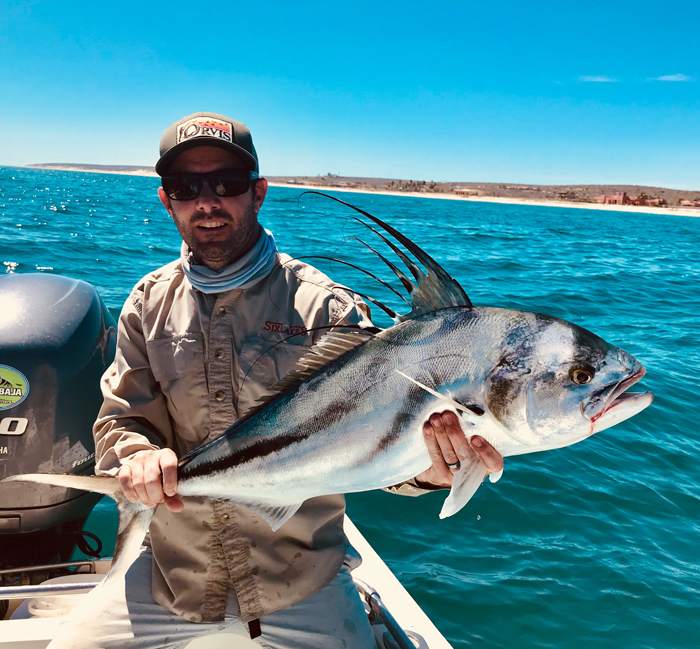 Dave poses with one of the larger roosterfish from the second day out in Mexico.
Photos courtesy Dave Danley

My friend, Jeff Andrus, and I recently made a trip to the La Paz, Mexico area to enjoy some fly fishing and to relax with our wives. We hooked up with Jeff deBrown at The Reel Baja, who said he could take us out to look for some roosterfish. There was a slight wind blowing in from the north, which would make beach-fishing tough, so we went out on a boat. With the expert help of Jeff, we soon found some schools of small roosters. We each caught three roosters in the 2- to 3-pound range on mullet patterns and Crease Flies. It was fun to watch those distinct dorsal fins come out of nowhere and slash at our flies with lightening quick speed. 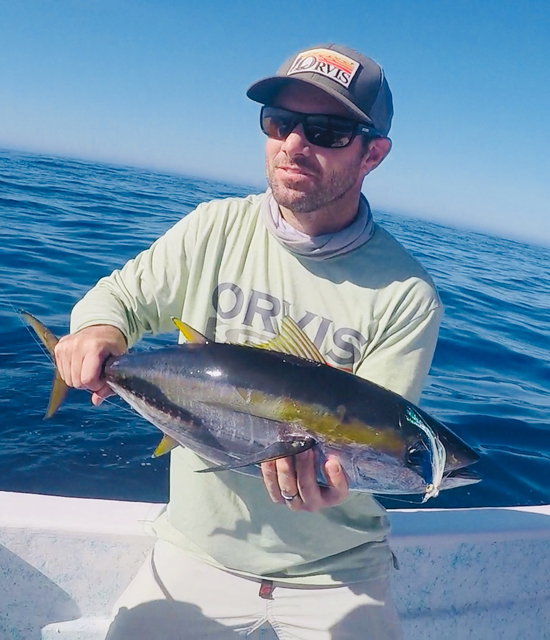 These small tunas will make you wonder if you’ve got enough backing on your reel.

In the afternoon we went looking for some larger roosters, but despite seeing a couple didn’t get to cast our flies to any. The second day, we went out again and caught a few small roosters and Jeff Andrus caught a red snapper on the fly. We again went looking for larger roosters and this time hit gold. We found a school of a larger roosters and quickly hooked up on two of them. The speed and power of these large roosters was mind-blowing! We fought them for 15 to 30 minutes until we could get them in, snap a few pictures and release them. We were amazed by the beauty and speed of these special fish. 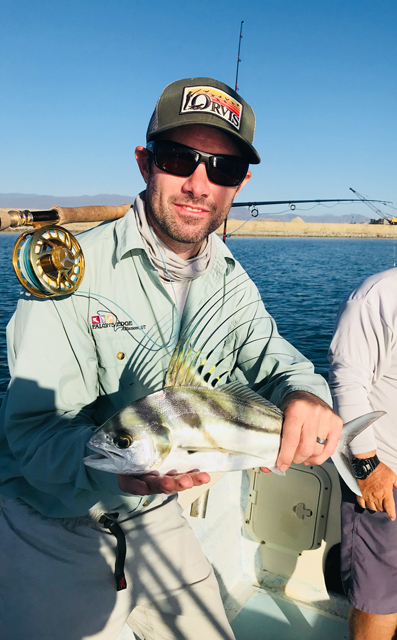 Even the little roosterflish are exciting on the fly.

The third day we went out armed with 12 weights into deeper water and found some tuna and skipjack. We caught four yellowfin tuna on blue-and-white minnow patterns. The power of these tuna is amazing. They quickly take you far into your backing, and then when you gain some line on them, they run all your backing out again. Later in the day, we found a large school of skipjacks and were able to cast to them for about an hour, catching one on nearly every cast. 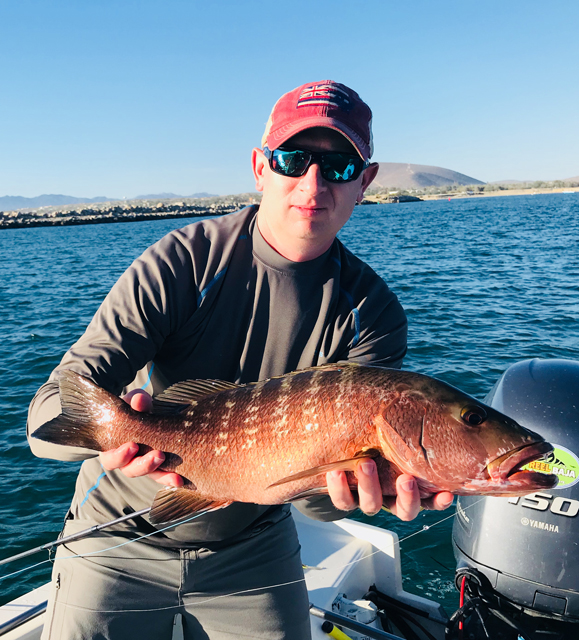 Jeff landed this nice red snapper among the small roosters.

Dave Danley is operations manager at Falcon’s Ledge in Altamont, Utah, and a former Trout Bum of the Week. 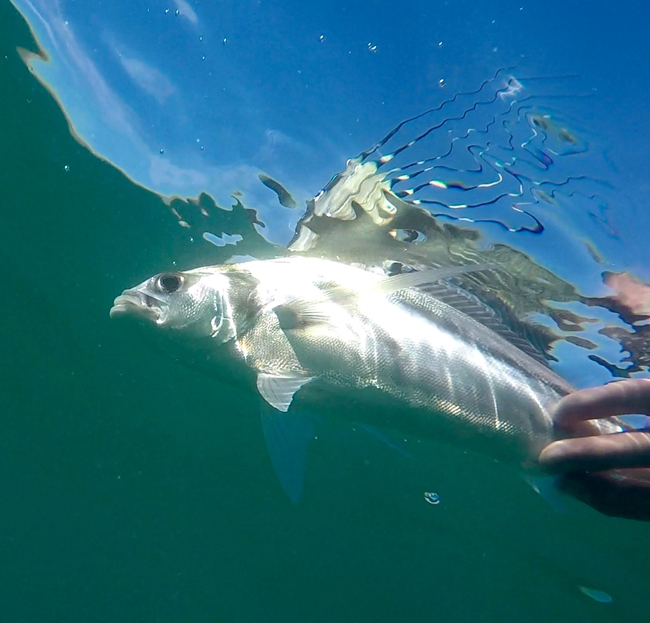 Letting one go to get bigger. 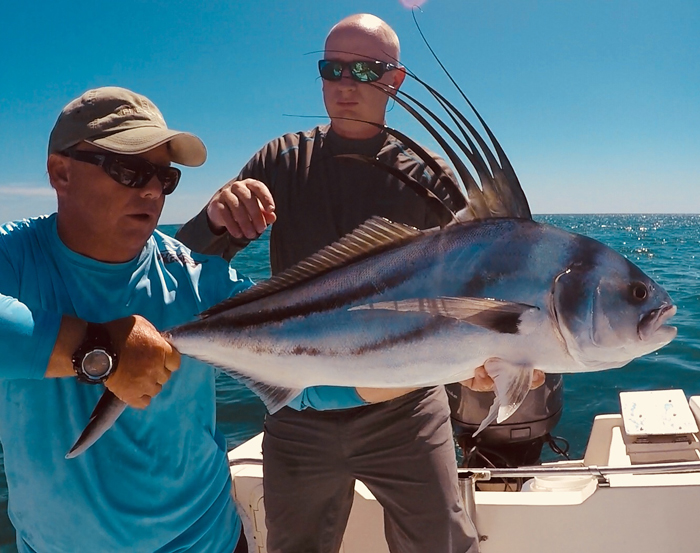 Each of these big ones took fifteen to thirty minutes to land.